Are You Emotionally Dependent? 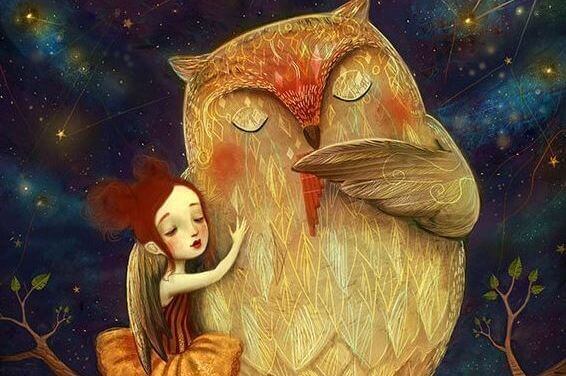 You can be dependent on many things, like ideas and substances, not just people. There are two things that reinforce emotional dependence: avoiding responsibility and avoiding the supposed distress of solitude.

The consequences of being emotionally dependent are disastrous in the long term: you’re doomed to relationships, behaviors, and habits that ultimately don’t fulfill you. You do it just to feel accepted, but you end up not accepting yourself or the reality around you.

People are dependent out of fear, not pleasure

When you realize that you’re dependent on someone or something, it’s not a pleasant feeling. On the contrary, you become aware of the huge number of decisions that you’ve made following the direction that other people pointed out for you. Of course, most of them didn’t do it with bad intentions, and for the most part, they wouldn’t have done it if you hadn’t asked for their opinion.

Being dependent involves deciding based on what somebody else expects of you, and the last option you consider is your own point of view.

Most people only dare to have opinions about the personal decisions of other people when they believe they have a chance of influencing them. You’ll seldom see what you do and think being questioned if you haven’t opened the door for others to let themselves in.

I Can Live Without You: The Importance of Emotional Independence

Most people become dependent with one end in mind: to avoid suffering. Another common, much deeper reason is not knowing the true meaning of love, which is not synonymous with dependence.

It’s common to find the origin of most of your strengths and most of your deepest fears in your family environment. Each one of us has a unique and unrepeatable history, but only a few of us learn from it.

Others become bound more and more tightly to their chains because they’re afraid of freedom, which is determined by their capacity to understand the origin of their maladaptive behaviors.

Many parents feel happy when their children cry uncontrollably when they’re not there or demand their presence even when it’s not necessary, and they justify their right to limit their time spent with other people. They say things like “they can’t live without me, they love me so much,” or “it’s normal that they don’t want to be with other people, I’m their mother.”

“Man was forced to accept masochism as his ideal—under the threat that sadism was his only alternative. This was the greatest fraud ever perpetrated on mankind. This was the device by which dependence and suffering were perpetuated as fundamentals of life. The choice is not self-sacrifice or domination. The choice is independence or dependence. The code of the creator or the code of the second-hander. This is the basic issue. It rests upon the alternative of life or death.”

This is the trap of negative reinforcement in the family, which not only results in dependent people, but also in people who present antisocial behaviors: they don’t limit the demands of their children, whether they’re emotional or material.

They avoid short-term distress in doing this, but in the long term they give their children more power to be more temperamental and dependent. These children don’t have secure attachment, nor are they loved more or better than others. They’re simply being molded to always seek their own well-being above that of others and to not tolerate frustration in the future.

Nothing is more revealing than realizing how exhausting and draining it can be to have a dependent relationship where it’s not you who’s dependent or insecure or ambivalent, but when the other person acts that way towards you.

“The psychological need to believe that others take you as seriously as you take yourself. There is nothing particularly wrong with it, as psychological needs go, but yet of course we should always remember that a deep need for anything from other people makes us easy pickings.”

This includes people who consult you continuously about their decisions, who reveal their most irrational fears to you, and who are sometimes suspicious of and attentive to everything you do. You feel constant, exhausting pressure and attention from them because the implicit responsibility for how they feel falls on you.

In that moment you’re aware of how your energy to love can fade away because you’re so exhausted from the dependent relationship, in which you assume responsibility over the other person because they don’t know how to make decisions for themselves.

Making decisions without feeling guilty means taking the reins of your life. Doing what you like without constantly consulting other people is the first step towards many others. You’ll realize that you can make decisions by yourself that don’t have to be explained or justified to other people.

Only you know yourself and why you act the way you do. Following the behaviors of other people and expecting things to go well for you is like being a puppet on strings that get longer, more tangled, and more numerous over time. Cut those strings little by little and become the main actor in your life so that you no longer need anyone to move you or subtitle you.

24 Quotes Reminding Us to Be Emotionally Independent

Link copied!
Interesting Articles
Psychology
How Do We Relate to Cultures Different from Our Own?