3 Quotes That Will Make You Reflect on Life 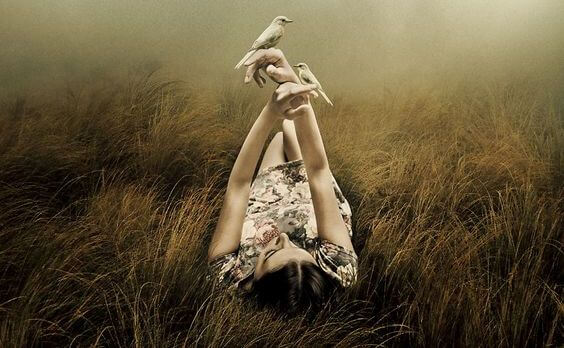 A few quotes won’t change your life, but maybe hearing them will stir something in your mind and heart. Some quotes just hit you like a bullet. And some quotes describe your life so well that, beyond just inspiring reflection, they seem like an invitation to change.

Maybe you’re not big on reflections, philosophy books, or movies that challenge all of your dogmas and prejudices, but most people can remember a few quotes that impacted them and made them reflect on life. Maybe one of the following will do the same for you:

1. “Everyone has a plan ’till they get punched in the mouth.”

The first quote is not from a philosopher, and we don’t think the boxer who said it ever aspired to be one, but sometimes the most direct words are also the most true. Simple, easy, and direct.

This quote was said by the boxer Mike Tyson, and it contains a powerful message, making a connection between boxing and life. We all have plans for our lives, and we think that we can follow them without problems, that the wind will always blow in our favor. This happens until the first obstacle arises, and along with it, fear and doubt.

You can be so convinced of something, and then suddenly life takes a twist, like getting diagnosed with an illness, or experiencing aggression and betrayal from the person you care about the most. Your path still lies ahead, but you will never be the same.

You have to reformulate your plan to integrate this setback into your life so that you don’t surrender indefinitely.

2. “Has anything you’ve done made your life better?”

The unforgettable but tough movie American History X is a raw look at the impact of Nazi ideology on young North Americans. The coexistence of blacks and whites starts to become dangerous and tense due to the racist ideology of leader Cameron Alexander and his influence on some of the boys in the community, especially the protagonist of the film, Derek Vinyard (Edward Norton).

Derek is an intelligent and sensitive guy, who begins listening to and internalizing the racist ideas of his father. Meanwhile, his friendship with Cameron, the leader of the neo-nazi group that was established in the community, radicalizes him, before the helpless eyes of his principal, an African American man named Bob Sweeney (Avery Brooks).

Derek ends up killing two African Americans at their front door, in front of their whole family. He goes to jail, where all his prejudices about black people are dismantled, especially through the friendship that he establishes with one of them.

One day, Derek is raped in the shower by a group of neo-nazis who don’t trust his attitude and his friendship with a black man. They assault him to humiliate him, and because they consider him a traitor. While in the infirmary, he receives a visit from his friend and principal, who asks him the following question: “Has anything you’ve done made your life better?”

Derek crumbles because he realizes that everything he did for his beliefs has ended up destroying everything worthwhile in his life. If you’ve ever hit rock bottom and don’t know what you’ve done to get there, you should ask yourself this question.

Try to honestly recognize all of the toxic patterns that have led you there, which can certainly include difficult life circumstances and having little luck in your life. But you always have to take some responsibility, whether it’s a little or a lot. Using this kind of question as emotional catharsis can help you to change.

Today, we live in a world where distress should be avoided at all costs, with traditional religions having less impact in the Western world, since they don’t even bring us calm anymore. The world has been left without any alternative for tolerating pain. We feel ashamed, but we live through it in silence, medicate ourselves, and feel more and more alone.

Virginia Woolf was the one who said our third quote, and current trends in psychology, like ACT (acceptance and commitment therapy), seem to explain why. We practice avoidant behaviors so that we don’t suffer from excessive stress, as well as one of the biggest evils of our time: the inherent guilt that comes with the impossibility of achieving current models of success and well-being.

This quote, like many others by Virginia Woolf, pushes us to face life and uncomfortable situations. We are social beings, and we need it to be this way. Avoidance will always bring you pain and isolation, never peace. Solitude is wonderful when it’s chosen, but not when it’s self-imposed out of fear of the world.

Our relationship with happiness is constantly changing throughout our lives. When we were little, our level of happiness probably depended on…

Grief is a painful process that even children experience. However, we don't always understand how they experience it. Actually, despite…

The key word of emotional dictators is “Me”. These people need to feel like they are totally in charge of…

When we think about what is "romantic," we often think of the same images: chocolates, flowers, candlelit dinners... Not that…