5 Psychological Mechanisms that Allow People to Hurt Others

Evil exists. There are even psychological mechanisms that allow people to hurt others, including moral justification and the displacement of responsibility. In fact, some people even take pleasure in inflicting harm on others. 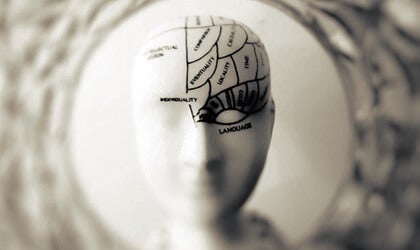 The psychological mechanisms that allow people to hurt others are sophisticated strategies. They’re the building blocks of evil, and reflect a mind focused solely on obtaining its own benefits, regardless of the harm it can cost others. As incredible and incomprehensible as it may seem, some even take pleasure in this type of behavior.

Evil exists. It’s often said that the smarter a person is, the more twisted their behavior can become when it comes to hurting and manipulating others. Whether we’re reading about them in the news or we’re victims of them ourselves, the lengths some people are willing to go to in order to get what they want never cease to surprise.

Human beings are social creatures. As a result, we recognize that we should be more oriented towards cooperation, respect, and harmony in order to ensure collective well-being. In this regard, Albert Bandura, a professor at Stanford University and an expert in social psychology, points out something interesting.

People don’t just carry out evil acts for no reason. The human brain knows and understands when something’s wrong. As a result, in an attempt to handle this contradiction, it undergoes a series of processes and mechanisms to justify certain acts. Evil is instrumental, as something’s always expected in return.

“Whoever fights monsters should see to it that in the process he does not become a monster. And if you gaze long enough into an abyss, the abyss will gaze back into you.”

5 psychological mechanisms that allow people to hurt others

Authors such as Albert Bandura or Gianluca Gini have studied the psychological mechanisms that allow people to hurt others. The latter conducted a study in 2016 in which she detailed a series of mental processes and strategies that people can use to justify hurtful or unpleasant behaviors.

As incredible as it may seem, there’s a moral justification behind every wicked act. For example, this can be seen in the actions of jihadists. Behind their violent behavior lies more than just a hatred of the Western world. They’re also driven by religious and moral motivations, the need to gain prestige within their community, and the desire to become a mujahidin who, after giving their life for their cause, will be praised by all.

Bandura also reminds us that, at any given time, and regardless of how we’re raised, most of us are capable of carrying out violent acts if we feel they’re morally justified.

2. Mechanisms that allow people to hurt others – displacement of responsibility

Dehumanization is undoubtedly one of the most frightening of these psychological processes. It refers to situations in which a person carries out a violent act against another because they don’t consider them worthy of their respect. They dehumanize the person standing in front of them, as they consider them a person with no rights and no reason to exist.

A perfect example of this is World War II and the Holocaust.

4. Projection of guilt, one of the psychological mechanisms that allow people to hurt others

“I did it because they deserved it. I only acted that way because they provoked me and because I couldn’t put up with their behavior anymore.” These types of excuses are symptomatic of one of the most common mechanisms that allow people to hurt others: projection of guilt.

In the words of Francesc Torralba, doctor of philosophy at the University of Barcelona, evil is usually reactive. In other words, when a person feels they’ve been offended, harassed, or attacked, they defend themselves. Although the motivations might be difficult for us to understand, there’s a reason behind every evil act.

Distortion of consequences is a technique by which a person tries to minimize the impact of something that happened. They distort the consequences in such a way that, in their mind, everything is justified. Meanwhile, the other person continues to feel the effects of whatever injury, attack, or mistreatment they suffered.

In conclusion, the psychological mechanisms that allow people to hurt others are based on sophisticated cognitive processes. It’s true that, in many cases, there’s an underlying pathological component, resulting from a specific disorder or experience. However, the behaviors of others can’t be explained by any of these factors.

Evil is real and it has many faces. It’s important to be able to recognize them and, to paraphrase Nietzsche, to be careful so we don’t become monsters ourselves.

The Lucifer Effect, or Why We Can Commit Evil Acts
The Lucifer effect can happen in any setting of our daily life. It is a transformation. It can make an apparently normal, good and well-educated person capable of committing atrocious acts. Read more »
Link copied!
Interesting Articles
Personality Psychology
The Way You Describe Others Says a Lot About Yourself