What does it mean to dehumanize another person and what happens when people feel dehumanized? In this article, discover the different theories of dehumanization and the negative consequences of meta dehumanization. 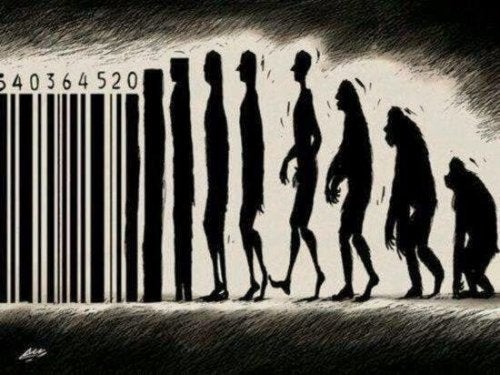 Meta dehumanization is a cognition, a belief. Experts call it “meta” because it means thinking about what others think of you. Meta dehumanization, then, consists of thinking that others believe you have more animal traits than human traits. This metacognition can make you feel more hostile towards those who you believe think badly of you.

On a group level, you can understand dehumanization as a psychological process that strips others of their group identity. It places them outside of accepted moral ideas and highlights the incongruence of their values with yours. This process often leads to violence against the dehumanized group. Two models stand out in the theory of dehumanization: the infrahumanization model and the animalistic vs. mechanistic model.

The infrahumanization model posits that individuals deny emotions to the members of other groups, which puts them at the same level as animals. Those who dehumanize equate others with animals while maintaining their humanity. Usually, the dehumanizers deny other people the most human emotions (such as shame, joy, etc.) They allow primary emotions (such as fear) because they’re more primal and animal.

The other dehumanization model proposes two types of dehumanization: animalization and mechanization. Animalization means to deny the exclusively human traits that distinguish us from animals. That includes cognitive aptitude, refinement, and being “civilized”, among others.

Mechanization means to deny traits that are typical of human nature but not necessarily unique to the human race. These include warmth and emotion. In other words, if you deny someone that which makes them human, you likening them to an animal. If you deny someone their human nature, you’re likening them to inanimate objects such as robots or automatons.

“Eliminating ‘savages’ is less of a moral problem than eliminating human beings, and therefore American Indian came to be understood as a lesser race – uncivilized savages – thus providing a justification for the extermination of the peoples.”

-Michelle Alexander, The New Jim Crow: Mass Incarceration in the Age of Colorblindness–

When we say hostile reactions, we mean aggressiveness, willingness to punish, and an unwillingness to share, among others. One example is what people think about immigrants. If you believe that a group of immigrants is dehumanizing you and your people, you’re more likely to support laws that prohibit them from entering your country. On a more extreme level, you could end up supporting violence and revenge.

In conclusion, when someone denies your humanity, you’re likely to deny theirs. This puts us all in a vicious cycle of meta dehumanization and mutual hostility that’s difficult to stop.

Link copied!
Interesting Articles
Conflicts
How to Deal with a Difficult Student

If a difficult student intentionally challenges your authority, you might not know how to react. You might lose control and…

Conflicts
Correcting a Person Who Maintains a Wrong Idea

Personal Development
I'm Trying to Be a Better Person, but I Still Have the Right to Mess Up

Psychology Today
Extimacy: When Intimate Information is Made Public

Emotions
Funeral Rituals Are Important in the Grieving Process

Surprisingly, humans aren't the only ones who practice funeral rituals. In fact, some animals do so as well. Of course, in…