The Spiritual Brain - What Neuroscience Has to Say 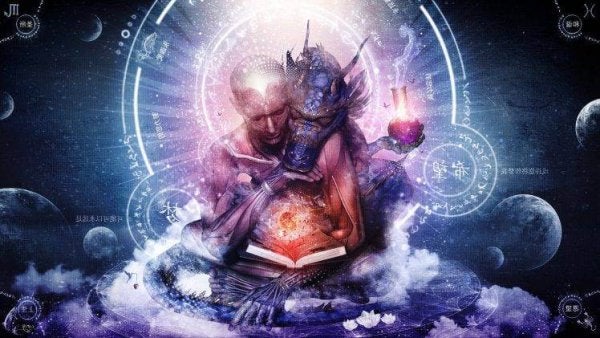 Several authors have a definition of spirituality which goes beyond the religious or even the cognitive. These authors include people like Daniel Goleman or Howard Gardner. We’re referring to that need to reach a more profound and sensitive level of knowledge about our reality. The spiritual world is a place where we can see ourselves as part of a whole. A place where one can achieve a higher well-being, one free of ego and of obsession over material things.

Since ancient times, humanity has always sought to transcend everything we deem everyday and ordinary. We’re not only referring to that classic need to come into contact with the divine. Or those religious practices performed to receive rain in exchange for a sacrifice. Or those claiming to be healed, forgiven or blessed by luck or fortune. We’re referring, above all, to that human need to reach a “second reality.” In this reality, one can avoid oneself, find peace, self-realization, or even- why not?– wisdom.

“The secret to physical and mental health is to not cry over the past, worry about the future or anticípate problems. Instead, live in the present with wisdom and responsibility.”
-Buddha-

Neurologists call this need egoic conscience or limbic conscience. Because, beyond the mystical, we’re talking about a set of emotions and mental processes that the brain is responsible for. With this idea, we don’t wish to undervalue or take credit away from religion or spirituality itself. We’re talking about a reality that is found within our brain and a set of structures. These structures, when stimulated, generate punctual changes in our perception. Also, in the way we feel and perceive our surroundings.

So much so, that neuroscientists such as Andrew Newberg, author of the book “Principles of Neurotheology”, have proven that the brains of Buddhist monks undergo less neuronal aging. These monks have been practicing meditation for years. They also develop a higher level of memory and retention and even greater resistance to the feeling of pain.

The so-called “spiritual brain” is nowadays the focus of multiple studies. It’s not about “looking for God” in the brain. Nor is it about praising or criticizing the practice of any type of religion or doctrine. This science aims to understand how spirituality impacts the mind and our physical and emotional health.

There’s something curious within the hypothesis of multiple intelligences announced in 1983 by Howard Gardner, a professor at the University of Harvard. In this theory, the ninth intelligence had already been introduced. “Existential Intelligence”, as it is called, is intimately linked to the concept of the spiritual world. It is defined by the following principles:

It’s worth pointing out something the philosopher, Francesc Torralba, once said. “Spiritual intelligence is not a religious consciousness.” It’s more about viewing spirituality as a tool with which we can transcend our own reality. The starting point is always one’s own self-knowledge and keeping the rest of our knowledge present.

It is not easy, of course, to develop that existential intelligence Howard Gardner speaks of. Because it’s often necessary to not only tolerate but to enjoy solitude. It would also be advisable to use other resources within your reach. These include philosophy, Socratic dialogue with oneself, meditation and the complex art of awareness, to always maintain an appreciation of the “here and now”.

The spiritual brain and neuroscience

There are many structures within the brain which, when stimulated, can generate mystical experiences in the mind. This is a fact we have been aware of for some time now, and it has a lot to do with the altered states of consciousness. It also involves some alterations of the temporal lobe, the hippocampus, or the amygdala. Sometimes, it’s enough to electrically stimulate these areas to have visions, to experience certain sensations. These experiences and sensations are similar to those experienced by someone who has consumed LSD.

“The spiritual journey is individual, personal. It cannot be organized or regulated. It’s not true that everyone must follow a path. Listen to your own truth.”
-Ram Dass-

There is an interesting book by the physiologist Francisco Mora, “Neuroculture, a culture based on the brain.” In it, he explains a concept which goes much further. According to Mora, spirituality is very closely tied to culture. It’s also linked to what type of practice philosophical and religious principles can offer us. These aspects could help us get to know each other better, make a change, and acquire knowledge. Knowledge that is more transcendent and enriching at a certain point in our lives.

Spirituality and its practice has a lot to do with our natural curiosity, our motivation, the need to channel emotions like fear, anxiety, loneliness, stress, and existential void. Human beings don’t only seek inner well-being, mental peace, and emotional healing. Humans also seek meaning in a world that usually has more questions than answers.

Neuroscience doesn’t accept supernatural entities. It seeks to understand our motivations to practice activities which produce ease and well-being. These include yoga or meditation. Activities which release dopamine into the body, increase the connectivity of the prefrontal cortex or boost our cerebral plasticity.

“Spiritual technologies”, as some experts call them, are booming. A very interesting path is opening between the scientific and the spiritual to understand its benefits and comprehend the inner processes. These go beyond any other doctrine or religion.

The intention of this idea of spirituality or the existential world is to reach a deeper sense of identity. The objective is to initiate the journey of self-discovery in search of happiness, of personal plenitude.

The Fours Laws of Spirituality
Spirituality goes beyond the material and earthly. It's not a religion or doctrine. It is to let our hearts jump over the chasms that our minds create. Read more »
Link copied!
Interesting Articles
Psychology
What's Behind Emotional Dependence?

Psychology
You Are Both Heaven and Hell

Every person who's made an appearance in my life is a character in my story. The person I am today…

Psychology
Identity Crisis: When I Doubt Myself

Ever since we were young, we've been forging our identity little by little. Sometimes, we are led by other people's strong personalities, until…