The Science of Evil

Researchers have spent decades looking at evil and have left us plenty of valid and important information. However, we are no closer to finding a single factor that defines evil. Instead, we should start to accept that people who do evil things are very similar to the rest of us, much more similar than we would like to admit. 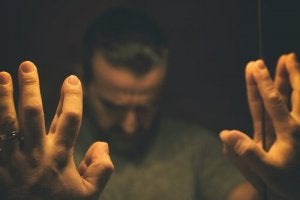 Many researchers have tried to get closer to the concept of the science of evil in an attempt to find out the root causes of evil behavior. Neuroscience has been researching the brains of people who do evil things. Similarly, many social psychologists have developed experiments with the same goal.

What we know for sure is that it seems like humans have a real need to know what evil people are hiding, and how different they are from the rest of us. As a species, we seem to be on a tireless search for that difference.

Maybe we’d like these answers so that we know what to avoid, or so that we can assure ourselves that we are different. Maybe there is some physical factor that defines who is good and who is evil.

In spite of the fact that science has found some clues and small structural differences in the brain, we still don’t have any clear answer. It seems, then, that it isn’t a simple question of separating the good from the bad. These evil people are turning out to be more similar to the good people than we would like to admit.

In this article, we will review the possible factors that determine whether or not a person will become evil or behave in an evil way. There are more than forty years of research on this question. It seems that researchers have managed to isolate certain factors that condemn individuals to this group. Let’s dive right in…

The quality of attachment

One of the factors that seem to predict evildoing is the type of attachment that develops during infancy. Research on personality disorders in adults reveals high levels of abuse and emotional neglect in the early stages of life.

Obviously, this alone isn’t enough to turn someone into a bad person. However, it seems to be a common denominator in many cases. Research tells us that at the very least, emotional abuse during childhood is an obstacle to developing the ability to care for others.

Even so, this factor doesn’t fully explain why some people are bad and do evil things. There are some truly evil people who didn’t appear to suffer abuse as children. Consequently, it would be reductionist to point to this factor as the only cause.

British geneticists have found that the presence of the MAOA gene can increase the risk of developing a behavioral disorder. Not only that, but it might be related to delinquency during the teen and adult years.

This discovery from Avssholm Caspi also found an interaction of this gene with childhood abuse. In other words, we have another example of biology being conditioned by the environment.

Another biological factor that might have to do with the science of evil is testosterone level. The amount of testosterone that a baby is exposed to while in utero seems to influence the development of the empathy circuit in the human brain.

The science of evil: the dark side of human beings

A brilliant criminologist, Julia Shaw, recently published her research in a book that tackles the subject of why humans are evil or do bad things. Shaw carefully reviews neuroscientific studies about low levels of prefrontal ventromedial activation in the brains of evil people.

This seems to be another factor related to what Shaw calls a process of dehumanization and self-justification of the damage done to others. This type of anomaly, combined with a certain degree of paranoia fostered by an anxious and aimless culture could, all together, create a person who is willing to do bad things to others.

At the same time, Shaw analyzes what psychologists call “the dark triad”: psychopathy, narcissism, and Machiavellianism. She also adds one more thing to the triad: sadism. In fact, this author does an extraordinary analysis of both types of narcissism.

Monsters are made, not born

If you review all of the literature about the science of evil that exists, you can’t definitively say that some people are born evil. There is no single factor that is present from the time someone is born that makes them evil.

On the contrary, it seems like evil is something that develops over time. The factors that determine whether someone will be evil or not seem to be environmental.

The brilliant experiments from Philip Zimbardo, Stanley Milgram, and other science of evil researchers, showed us how easy it was for good people to do bad things. Their experiments revealed how the right conditions could profoundly influence people and make them behave in surprising and disturbing ways.

In other words, what often separates good behavior from bad behavior isn’t the person doing it, but rather the circumstances they are in. This knowledge forces you to exercise some compassion for the people you judge for their evil deeds. It isn’t about justifying them, obviously.

But the science of evil seems to suggest that there are many variables that influence people’s actions. And, not all of them are personal.

So, it doesn’t seem like we are any closer to finding an “evil personality disorder.” Consequently, the goal of mental health professionals should be to prevent this type of behavior. This could maybe be done by humanizing those who do bad things. Or even understanding the important role that environment plays in all of this.

The D-Factor and the Nine Traits of Human Evil
Today, we're going to tell you about a new concept called the "D-factor," a group of traits shared by people who behave in evil ways. Read more! Read more »
Link copied!
Interesting Articles
Experiments
Basic Statistics Concepts