10 Signs You've Fallen Out of Love 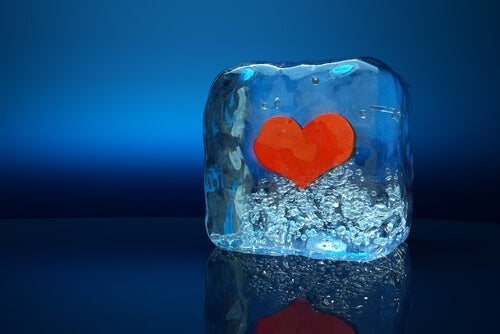 Falling out of love hurts, both in the soul and in the heart. All of our hopes are broken like a vase that falls to the floor and breaks into a million pieces…or like a vase that had fallen so many times and could always be saved, but can’t anymore.

We don’t look at each other anymore, we don’t like each other anymore. Our partnership has been lost, along with everything we’ve built together. We’ve stopped loving each other, but why? What killed it? How have we slipped through each other’s hands like that?

Time, monotony, differences, distance…they’ve separated us. Heartbreak is a part of life.

There are a thousand reasons why the love that unites two people disappears. On many occasions we don’t want to face what we’re thinking, and we give ourselves not one, but thousands of chances until we just can’t anymore, because everything has a limit.

We can’t put up with all the fights and differences anymore, the distance has been unbearable, or we’ve spent so much time together that we’ve neglected the relationship…we’ve forgotten to water it like the most beautiful of flowers.

What are the signs that indicate you’ve fallen out of love?

1. You don’t get excited when they come home anymore.

Before, you couldn’t wait until they got home, to tell them about your day, and to hear about theirs. You were always eager to see them, and nobody could replace them. However, now you’re indifferent towards their presence. There are even times when you don’t want to be with them.

“The opposite of love is not hate, it’s indifference.”

2. You don’t fantasize about sex with them anymore.

You’ve stopped having sexual thoughts about your partner; it doesn’t even cross your mind. When you do have sexual thoughts, it’s about someone else, and you can’t stop it. Even if you’re not technically unfaithful to them, your mind is betraying them.

3. There are no more little displays of affection. No more unexpected kisses, touches, or gifts.

It just doesn’t happen anymore. The affection that you’ve shown them in so many different ways has disappeared. You don’t feel the urge to give them a spontaneous kiss, touch, or even a hug.

The flame has gone out, affection has been extinguished, and your feelings have turned cold.

4. You avoid physical contact at all costs. You don’t even want to kiss them.

You don’t want them to touch you or kiss you anymore. Not only do you avoid it, but you also reject it when they initiate it; you respond with a snub or indifference.

5. You look bored or anxious when you’re with that person.

They say that the face is the window to the soul. Without even realizing that you’re sad or upset with that person, it is reflected on your face. But remember it’s not them who causes it, but you. Don’t forget to take responsibility for your emotions.

6. You’re not interested in their life or what happens to them anymore.

Before, you used to worry about how they were doing at work, if they were happy or sad, how they were doing with their friends; and now…nothing. Sometimes you don’t even remember what’s going on with them. You’re so immersed in your own thoughts that the space that you had for them in your mind has disappeared.

7. They’re not attractive to you anymore in any way.

You used to like everything about them: their voice, their mannerisms, their body, their personality, the way they looked at you, the way they interacted with others…everything! But now, you can’t find anything to like. Sometimes, these very same things even bother you.

8. You fantasize about being with someone else.

When you’re in love, you don’t have eyes for anyone else. When you stop having feelings for someone, you start to look at other people. There are coworkers and friends that you now look at with different eyes…a world of possibilities has opened up around you.

9. You don’t communicate anymore. If you do, you end up fighting.

You used to talk about everything, and now you have nothing to say to each other, unless you’re fighting, scolding them for something that happened in the past, etc. You’ve begun to resent them.

10. They’re not a part of your life anymore. You’re never together.

Distance is both physical and mental. You feel more and more far away from that person. There’s more and more distance between you. And you have less and less time to share with your partner.

Link copied!
Interesting Articles
Emotions
Everything's Going Wrong for Me! What's the Matter with Me?

People over 60 years of age aren't in the last stage of their lives. That's why we shouldn't talk about…

Wellness
3 Ways to Stop Blaming Yourself

Let each carry their own guilt and there will be no guilty ones.Thomas Harris, the creator of the frightening character…

Alicia is 23 years old and and recently went on a trip with her family. As she began to board…