You Wear me out: how to Protect yourself from Emotional Takers 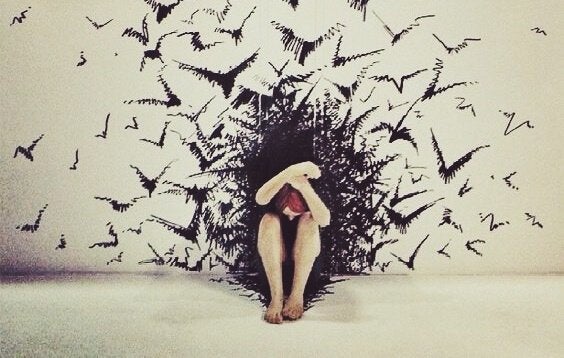 Emotional takers are like black holes. They drain you with their demands and wear you out with their behavior. They can be exhausting for how unaware of how offensive, manipulative, or harmful they are. Parents, couples, friends, and even children can be takers. They’re people who you give an abusive power over yourself, meanwhile they rob you of all your authority and dignity.

Mark Twain had an ironic saying about this. He said the idea of give and take means you need to know how to give one thing and get ten in return. Experts like Adam Grant, a professor at the University of Pennsylvania and the author of the book Give and Take, also say that takers couldn’t exist without givers. What that means is that it’s not always the takers who make you fall into the spiral of non-mutual exchange. Instead, there are times when it’s actually you who lets the balance shift in that direction.

Takers have a very distinctive signature: they like to receive more than they give. They shift reciprocity in their favor, and put their interests ahead of other people’s needs.

But that doesn’t mean you need someone to blame. What’s most important is for you to realize that there’s an exchange involved in every kind of interaction. You offer your time, you give ideas, encouragement, advice… You lean on other people and other people lean on you. The positive side of this are those people who have a natural ability to brighten things, who always give the most nurturing, encouraging, and helpful part of themselves. They do it without even knowing it, because that’s how emotional givers live their life.

Are emotional takers born or made?

There aren’t actually any studies about whether emotional takers are born or made. But in the 90s, the pediatrician and researcher William Sears, known for his work on parental attachment, coined the term “high needs baby.” He said that some babies come into the world with more intense emotional needs. They’re the kinds of children who have trouble sleeping, and are generally harder to raise for multiple reasons.

This could be an explanation for why there are some people more disposed towards receiving than giving, or more interested in getting attention than giving it. But there are still plenty of experts on the topic that go in a different direction. One of their ideas is just as interesting, and maybe even more revealing. The theory is that emotional takers have a narcissistic personality. In 1979, the professors Robert Raskin and Calvin S. Hall invented a scale to measure narcissistic personalities. Their scale shone a spotlight on this toxic, exhausting pattern of behavior.

Emotional takers are just one more side to narcissism. They feel superior, and they use that feeling to justify being the center of attention, or to take control of any conversation. They use it to get exclusive access to things, take authority on projects, suck up attention in every situation, and receive the apology in any conflict. They’re like a black hole that sucks everything in and steals everyone else’s energy, rights, and self-esteem.

Most of us are givers in our relationships with friends and partners. The problem is that we usually assume other people are too. That’s why it’s so hard for us to recognize that someone is an emotional taker. They have a radar that helps them spot givers, but we don’t have one that helps us spot them.

How to protect yourself from emotional takers

Emotional givers are great at picking out other givers. They’re the kinds of people who are used to giving everything in return for nothing. They see relationships as a sincere, mutual exchange of affection and attention. But these kinds of people are also terrible at spotting narcissistic takers.

That’s why we’re going to show you what you can do to protect yourself from that personality type.

Listen to your body

Emotional takers will make you uncomfortable. You might not be aware of their attitude, their schemes, or their intentions at first, though. What you will notice is the contradiction within you: the feeling of physical exhaustion and tiredness when you spend time with them…

Don’t idealize them or try to justify their behavior

When someone does something that makes you uncomfortable or causes an internal contradiction, you’ll usually try to justify it. You’ll tell yourself that it might just be stress. They didn’t do it on purpose, and they’ll realize that soon and say they’re sorry. You idealize this other person because they’re your partner, friend, or family member. You idealize them because you love them without realizing that what you’re really doing is feeding an emotional taker.

That’s why you need to learn to turn off the filters to your reality. You need to be able to see people for who they really are.

Remember that you matter and make sure they know it: be assertive

We could tell you that the best way to protect yourself from emotional takers is to get some distance. But that’s not always possible, and it’s not always the best idea. Narcissistic takers are usually aware of the effect that their actions have. So the best thing you can do is show them your limits, along with the (potential) consequences of their actions.

You have to have a zero tolerance attitude with anyone who doesn’t care about your limits. To do that, you have to be assertive. That means showing them what you won’t put up with, what you need, what you’re willing to give, and what you expect to get in return.

One last thing. When it comes to takers, it’s best to be prepared and know how to spot people who have no problem draining you, or sucking away your happiness. It’s like Benjamin Franklin said: an ounce of prevention is worth a pound of cure.

Emotional Literacy: Identifying, Understanding, and Expressing Your Emotions
Knowing what you're feeling isn't always easy. Although some of us might do it better than others, the emotional arena is still a complete mystery to us all. That's why emotional literacy is so important. Read more »
Link copied!
Interesting Articles
Wellness
How to Make a Decision that Will Change Your Life

Emotional ignorance is a great obstacle to relationships. The inability to connect feelings is a huge hindrance in creating a…

Wellness
3 Ways To Give Your Attitude A Positive Spin

We have the option to choose to live and enjoy an open, calm attitude towards emotions and to enjoy total well-being…

Infidelity is a controversial and painful topic. Although the vast majority of the population believes that it is possible to…