Emotional Exhaustion: Forcing Yourself to be Strong 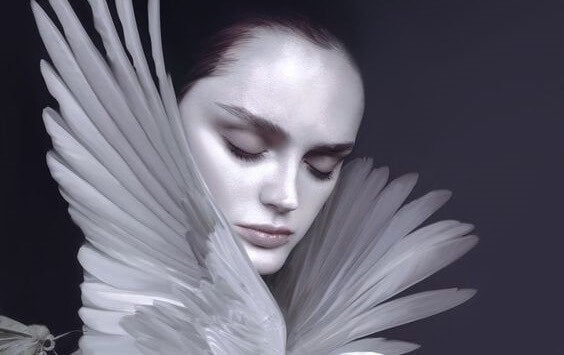 Emotional exhaustion is a state you get to by overworking yourself. But this kind of exhaustion doesn’t come from your job, or school. It’s about loading yourself down by taking on conflicts, responsibilities, or emotional/cognitive stimuli.

You don’t just get to a point of emotional exhaustion overnight. It’s a slow-moving process that builds up until you completely collapse. That breakdown brings you to a state of paralysis, deep depression, or chronic sickness. It causes a total collapse in your life itself, because you literally just can’t take it anymore.

“Nothing weighs as much as a tired heart.”

Even though you usually experience emotional exhaustion as mental tiredness, it also comes along with intense physical fatigue too. When it shows up you get a feeling of heaviness, a feeling that you can’t keep going. That’s when you fall into an inertia that’s not easy to break out of.

The causes of emotional exhaustion

Emotional exhaustion comes up because there’s an imbalance between what you’re giving and receiving. The kinds of people who are victims of it are the people who give everything they can of themselves. It doesn’t matter whether it’s at work, at home, in their relationships, or anywhere else.

This generally happens in areas where there’s a high level of demand that also requires huge sacrifices. For example, at a job where there’s a very high risk of being fired. Or in a home full of people who have tons of problems and demand attention. It can even happen when you’re in a relationship with a lot of conflicts and serious challenges.

Usually what happens is that when you’re exhausted you don’t have time for yourself. It also means you aren’t getting the recognition, affection, or consideration you deserve. People expect you to “be on” all the time. It’s like you don’t have your own needs, or like they think you’re stronger and can handle anything.

The early signs of emotional exhaustion

Before emotional exhaustion actually comes around, you’ll start to see some warning signs. They’re the kinds of things you probably don’t think much of. But you might be able to stop the exhaustion in time if you start to pay attention to them.

Here are the early signs of emotional exhaustion:

Ways out of emotional exhaustion

The best way to overcome emotional exhaustion is, of course, to rest. You have to find some free time to relax and calm down. People who ask too much of themselves spend years without taking a vacation, for example. That’s not something you should do. Sooner or later it will end up leading you to fatigue. That’s why it’s so important to take a few days to rest.

Another solution is to work on creating a different attitude towards your daily obligations. Every day should include some time for your commitments, along with time to rest and do activities you enjoy. You have to leave behind all your obsessions about perfection and finishing things.

Lastly, it’s really important to become more sensitive towards yourself. There’s no better way to do that than giving yourself alone time every day. Breathe, reconnect with who you are and what you want. On top of that, you absolutely have to develop an understanding, compassionate attitude towards yourself. If you don’t, sooner or later you just won’t be able to keep going.

What Psychological Exhaustion Looks Like
There are so many pressures in life in the 21st century. Read on as we look at the signs of psychological exhaustion and what to do about them. Read more »

Link copied!
Interesting Articles
Wellness
What Should You Do When Love Ends?

Wellness
Forget It or Learn to Live With It

Can we really forget what has hurt us? Do we forget, or do we just put it somewhere else so we…

Wellness
3 Signs of Emotional Distance in a Relationship

Emotional distance is a clear indicator of crisis within a relationship. The emotional bond between partners is closely linked with intimacy,…

Wellness
Why Stay in a Relationship You Don't Want to be In?

If you're in a relationship, there's always a possibility that you'll start wondering if you should stay in it or…