The 5 Keys to Assertiveness 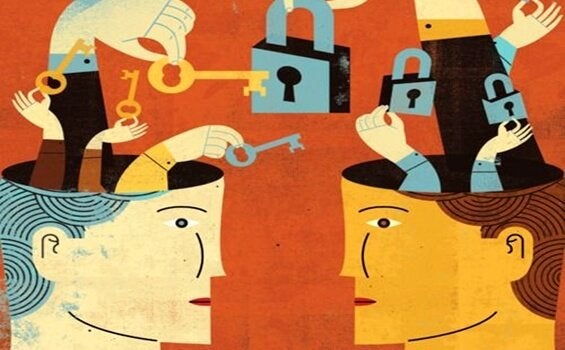 The keys to assertiveness are all actually very simple. They come from respect, humility, and a desire to live a better life. Of course, learning to be assertive will take some effort, but you’ll get so much back in return. One thing you’ll definitely get out of it is a less complicated, more rewarding life.

Assertiveness is defined as the ability to communicate in an open, direct, and friendly way. It means not pressuring or hurting other people, but not leaving out or not saying what you really think.

“The way we communicate with others and ourselves ultimately determines the quality of our lives.”

Knowing the keys to assertiveness and applying them will help you express what you want to express. It will also help you say “no” and settle differences without insulting anyone.

It’s a necessary skill if you want good communication with other people — and for good human relations in general. These are the five keys to assertiveness.

Over the course of our lives we usually learn to communicate either passively or aggressively. It’s never exactly that simple, but most people are on one of those two extremes. As time goes by you’ll realize that both of them will lead you into trouble.

That’s precisely where flexibility comes into play. It’s one of the most important keys to assertiveness. Being flexible means realizing that just like you once learned a poor way of communicating, you can also learn to be assertive. But you can only change once you understand that you have the ability to reshape your behavior and be a better, happier person.

We all have mental frameworks. But the most important ones are the ones that deal with yourself. Some of these frameworks have to do with the way you see and treat yourself. And then there are the expectations you have about your performance.

When your mental framework about yourself is negative, it’s very hard to communicate properly. You’ll either expect people to impose on you or you’ll expect to impose on them. One of the keys to assertiveness is to have a good attitude about who you are and what you do. That will help you respond to external demands much more intelligently.

3. Knowing how to define problems

Thinking about problems isn’t always pleasant, but it’s something you have to do. A lot of people see it as pointless. They think those thoughts will just make them feel more down. But don’t avoid thinking about your hardships. Instead look at them in a general way.

One of the keys to assertiveness is the ability to figure out exactly what the problem is. That is, being able to define it. It means knowing when it happens, around who, and how.

When you think about things this way, your problems become much more manageable. The simple fact of trying to define them is helpful on its own, and of course it will help you be more assertive when it comes to solving them.

4. Knowing your rights and other people’s too

One way to cultivate respect for yourself and others is to know the rights that every single one of us has. Our right include consideration, acceptance, and dignity.

5. Changing or getting rid of defensive behavior

Defensive behavior comes from prejudice and fear. It’s how we sometimes deal with the fear of being attacked, questioned, or confronted. It’s the product of insecurity. People who feel secure about themselves have no problem with other points of view or ways of life that are different from theirs.

The problem is that defensive behavior will usually make you very inconsiderate and even aggressive towards other people. You take differences as a personal affront. Instead of seeing them as an opportunity to enrich yourself, you see them as a threat against who you are. Recognizing and rethinking defensive behavior is one of the keys to assertiveness.

When you learn to be more assertive your life becomes easier. Assertiveness is an extremely important skill for dealing with conflicts, and conflicts are impossible to avoid 100% of the time. So how about learning to get the most out of conflicts and making them into an opportunity for growth?

7 Rights that Assertive People Exercise
Rights exercised by assertive people are based on loyalty to themselves and respect for others. It is a foundational exercise of emotional intelligence. Read more »
Link copied!
Interesting Articles
Psychology
Destructive Relationships: Why Do We Stay?

We've all encountered people who set expectations, commit to something, and then don't show up. You see it in couples when one of the two disappears and the other doesn't know…

Psychology
Do you Know the Characteristic Traits of Obsessive-Compulsive Disorder?

You may have heard talk about the search for biological components of different mental health problems. There's the study of…

Psychology
Nobody Has the Right to Judge My Feelings

Nobody has the right to judge my feelings...especially when we have all at some point felt sad without tears or…

Psychology
You're Stronger than the Envy of Others