What Schemas Are and Why They're Limiting You

Schemas form by learning through life experiences. What you learn isn't always correct but you still keep it in your mind, given that it takes away the anxiety of facing new things. 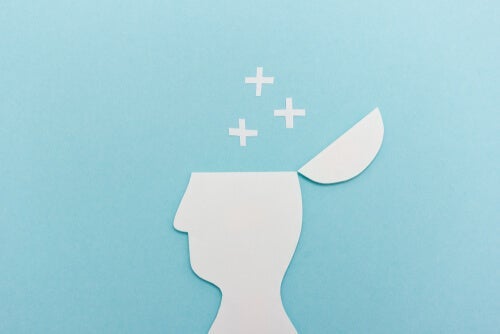 Schemas are an ingrained thought pattern that sometimes forms during childhood. It’s both a way of processing the information around you and the biases and tendencies through which you interpret the world and reinforce the schema itself.

It’s also valid to look at a mental schema as a person‘s set of fundamental beliefs and the basis of how they perceive reality. This is an unconscious and generally stable structure over time.

For example, schemas explain why you may think that a calm, patient person is weak or why you think someone who rarely talks is less intelligent or active than someone who talks a lot. It also helps understand the reason why certain prejudices have been established against certain groups, such as women, people of certain ethnicities, foreigners, etc.

“There’s nothing which deceives us as much as our own judgement.”

The origin of schemas

The schema concept was mainly developed by Jean Piaget, a relevant Swiss researcher in the field of the history of psychology. According to Piaget, human beings are born with a “basic processor” in their minds. It includes essential reflex behaviors. In other words, elementary functions that make basic adaptation to the world possible.

As a child grows, their brain functions develop depending on what the environment around them offers them. When they come across something new, Piaget says there’s a clash. They “solve” that conflict by incorporating the new experience into what they already know or by learning it as a new experience. This process involves two functions: assimilation and accommodation. It’s in the accommodation process that the schema originates or transforms.

Let’s make it simpler with an example: a child learns that he pushes a door and it opens. Then, he comes across a sliding door and he tries to push it but realizes that the door won’t open. If the child incorporates the new experience into their prior knowledge, they’ll simply think that doors of certain characteristics won’t open. However, if someone teaches them how to open it, they’ll learn something new. That’s how a new schema integrates into the old one.

Throughout life, your schema changes as you gain access to new experiences and new learning. However, this doesn’t always happen, mainly because human beings can resist living new experiences or incorporating them into their schemas.

When facing the physical world, some laws rule people’s beliefs: objects fall due to the force of gravity, and that’s basically impossible to deny. On the other hand, subjectiveness is more complex.

For example, it’s possible that a mother walking with her child becomes frightened and walks away when she sees a poor person. The child then uses this experience to form the idea that poor people are dangerous.

If this mindset doesn’t change or if it doesn’t cross the barrier of simple perception of appearance, it’s possible that they might cling to that schema. The only evidence they needed was their mother’s fear and, in the future, they could avoid new situations that challenge that perception.

The problem with schemas is that human beings take for granted some facts that aren’t necessarily true. It’s an unconscious or automatic process. You wouldn’t be aware of how you filter reality through your own schema.

In fact, there’s strong resistance to abandoning such mindsets. And that resistance exists because doubting what you perceive as the truth introduces a component of uncertainty in your conscious. In many cases, doubting a premise also implies doubting everything that you’ve built on it. And, of course, it’s always more comfortable to cling to the familiar things, to what you already know. You build identity based on that, and it’s normal if you’re unwilling to doubt what you believe, though it gives you a limited perspective on how the world works.

Your schema influences you silently: it seems coherent with the world around you. Thus, it’s difficult to become aware of how your mindset is shaping you and its consequences.

Often, when you change your schema and it stops being consistent with the schemas of people around you, it can produce unpleasant emotions due to the dissonance. Be aware that this could be the reason why you sometimes feel bad without knowing why.

How Schemas Shape Your World
According to Young, schemas are the stable, rooted, and enduring patterns that develop over the course of an individual's life. Read more »
Link copied!
Interesting Articles
Social Psychology
Techniques of Manipulation: Is It Better to Be Loved or Feared?