The Meaning of Subjective Memory Complaints

Have you heard about subjective memory complaints? Continue reading to find out what they are and whether you should be concerned about them or not. 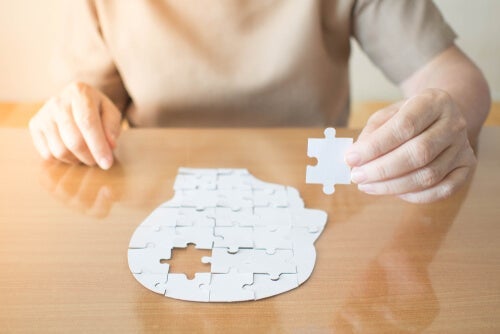 People tend to worry more and more about cognitive functions as they get older. There’s a particular concern for future memory loss. Haven’t you ever thought: “My memory isn’t what it used to be?” Realizing your memory is deficient is precisely what subjective memory complaints (SMCs) are about.

Memory is a function people test daily and tends to be frequently questioned due to this, especially when you begin to forget.

According to Peña (2015), the concept behind SMC involves several factors:

This means that people, in general, know their memory capacity and, thus, can easily detect a decrease in their performance.

Are subjective memory complaints a type of mild cognitive impairment?

For some authors, such as Reid & Maclullich (2006), mild cognitive impairment (MCI) has clinical significance due to its relationship with memory impairment. Also, because it assumes the risk of subsequent cognitive impairment and serves as a measure of the type of personality and depression.

In general, in order for these complaints to meet a diagnostic criterion, family members must corroborate and express them to a treating physician.

Diagnostic criteria of mNCD (according to the DSM-5)

This hasn’t been the first time that the existence of SMC has been taken into account. In 1962, Kral introduced this concept by referring to “benign senescent forgetfulness”. The difficulty in remembering specific aspects of an episode that could normally be remembered later highlighted it.

In short, one could say there’s no consensus on whether subjective memory complaints and mNCD are related. However, the former may be an early symptom of the deterioration in the latter.

In any case, it’s always better to consult a professional if you perceive symptoms that could be related to mild cognitive impairment.

Primary care professionals can detect possible cognitive impairment with various screening tests. Furthermore, some of the tests used for early detection are:

Finally, you must keep in mind that, in order to avoid confusion or errors, all these tests must be conducted by trained professionals, as it’s the only way to get a reliable diagnosis.

The Strangest Phenomena of Our Memory
In humans, we cannot even speak of one form of memory. There are several and each has its own characteristics. Read more »
Link copied!
Interesting Articles
Basic Psychological Processes
Sleepwalker Behavior according to Neuroscience