What Exactly Makes a Person Smart?

What makes a person smart? Well, you'll find various answers depending on which part of history you look at. Thus, here's a journey about intelligence beginning from the Ancient Greece all the way to the present time. 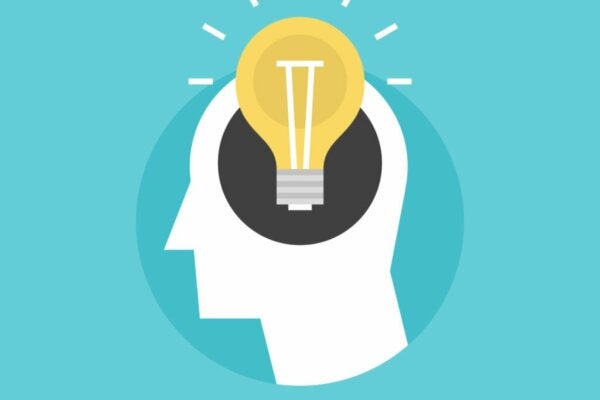 Intelligence is a common field of study in psychology. In fact, its history and development have inspired a good part of the methodology of this subject. Yes, perhaps the main headache regarding the study of intelligence lies in its measurement. In other words, it’s impossible to determine if a person is smart or not when you don’t know what makes them so to begin with.

There are many definitions of intelligence. In fact, a quick online search will give you many results on it, some of which are rather disparate and a tad scary.

For some, being smart is the art of solving problems while, for others, it’s the art of posing them. Then there are those for whom it represents the art of making decisions. Anyway, “arts” that sound like mere skills are somehow a reminder that empty intelligence without productivity has little value and doesn’t make sense, at least to others.

Continue reading to discover some answers about what makes a person smart.

Was Einstein smarter than Mozart?

This question somehow confronts music lovers with physics lovers. Why? Because it, at least, gives the benefit of the doubt to those creative types whose work is either enjoyable or tragic. This is because there’s a certain amount of pain or effort, as a rule, in most people’s understanding of genius.

Similarly, many argue one should approach the concept of intelligence from a social perspective. That is, from your need to relate and the advantages you can obtain for yourself, for the immediate environment, or for society at large.

For example, if you were to watch primates, you’d know about their complex social environment. They often cheat and also perform behaviors one could describe as altruism. There’s even an open debate about whether they have a “theory of mind”. A sense of self as a unique individual separated from others in the group (Gallup, 1982; Hauser, MacNeilage & Ware, 1996).

The intellectual capacity of a smart person

Intelligence is directly tied to intellectual capacity. It’s about being able to learn, remember, and use new information to solve problems and adapt to new situations. There are some illustrious names like Charles Spearman or Francis Galton at the beginning of the study we mentioned above.

However, Binet stands out because the context in which he developed his work was educational. Also, his interest in studying intelligence was about improving the educational system. He wanted to know if there was a way to intervene in children with learning difficulties.

Along with his colleague, Theodore Simon, Binet designed a test to try to measure the intellectual ability of children. To do so, they created individual test items for the children to answer according to their age.

This assessment was the first IQ test:

What makes a person smart?

Socrates went down in history as many things but perhaps the most important one was his design of a method to produce knowledge: the maieutic. Those who use it need to be skilled in the art of asking questions.

By pulling this same thread, science advances when people are able to ask important questions before getting relevant answers. Thus, perhaps the main sign of intelligence is being able to generate questions.

In contrast, a person skilled in solving logical problems is usually considered smart. Thus, mathematics has been the preferred field for testing this due to its abstraction of cultural variables. Perhaps the most inspiring and inclusive of the modern theory is Gardner’s.

Gardner’s theory is based on the idea that people process information through different independent, or partially independent, “channels”. He’s identified eight common types of intelligence. They include:

This idea is rather interesting. In fact, it led to a current committed to adapting the way in which it presents the information, individually, to enhance learning.

Finally, positive psychology has broadened the answer to what makes a person intelligent by highlighting the value of emotional intelligence. This school of thought strengthens the idea that emotions, or emotionality, and associated intuition go hand-in-hand with intelligence. In addition, it defends that a smart person is capable of properly managing their emotions, listening to an associated message, and choosing the best way to channel their energy.

The World’s Largest Experiment on Intelligence
More than 250,000 individuals have participated in the world's largest experiment on intelligence. Learn this article to learn more! Read more »
Link copied!
Interesting Articles
Psychology
The Importance of Routine for Children

Celebrated Austrian educator and psychiatrist Rudolf Dreikurs posited that "Routine is to a child what walls are to a house; it gives boundaries…

How does power shapes societies? Umberto Eco analyzed this question by establishing the psychological traits of fascism. In present times,…

Psychology
The Laws Of Attraction: How Do We Choose Partners?

We have relationships with many people throughout our lives, but only a few end up being our friends and very…

Psychology
Why do We Believe Fake News?

These days, we're experiencing an epidemic of false news reports and half-truths, otherwise known as "fake news". Misinformation is the order of the day, and we don't know whether to believe…