Being Instead of Doing: The Solution to Many Problems 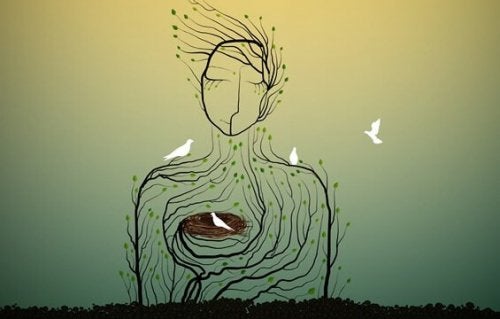 One of the first questions we ask ourselves when we have a problem is: What should I do? And instantly, we reflect on the different possible alternatives for action. However, some problems can’t be solved like this. We have problems that aren’t solved or problems that we put aside instead of solving.  The reason for this is that we focus on doing instead of being.

In principle, this may sound a bit abstract. However, in reality, it’s a very concrete idea. Some problems aren’t solved because the solution doesn’t lie in a specific action. These types of problems demand a change, whether in our focus, our attitude, or some aspect of our personality.  This is why sometimes the solution lies in being instead of doing.

“People often say that this or that person has not yet found himself. But the self is not something one finds, it is something one creates.”

“Doing” becomes useless when the problem is in “being”. Think, for example, of someone who repeatedly tries to get their partner to pay more attention to them. They frequently complain to their partner about this. They also might agree to try to be less needy. Their partner may even say they’ll try harder. However, they never solve the problem. This is because the best thing to do would be to not complain (doing). Instead, they could look inward at what’s behind their need for attention (being).

Being instead of doing in different circumstances

Sometimes, we can’t define a problem. Often, we can’t even indicate what is problematic about a situation. Many times we only feel the desire to push it away and to get rid of the issue. We see the problem exclusively as an annoyance or a threat that must be dealt with as soon as possible.

This means that we often rush when dealing with a difficult situation. We spring into action or react immediately. We don’t take the time to analyze the situation before responding. Many people aren’t capable of waiting. We live in an age that’s not focused on “human beings”. Instead, it’s focused on “humans doing”.

Doing something usually solves most practical and material problems. If the sink leaks, you need to repair it. This doesn’t require further reflection. There’s a visible problem and a clear solution. We already have well-established protocols for solving the issue. However, in the face of more abstract problems, the situation is different. There is no established solution. This is when being becomes more important than doing.

The attitude towards a problem is personal

Everyone has a particular way of reacting to problems. Some people see problems as challenges that arouse their interest. Other people see them as risks that need to be dealt with. This is when “being instead of doing” comes into play. This is where people create their attitudes when reacting to difficulties.

There’s a lot to gain from observing and evaluating our own attitudes when facing a problem. Would a more constructive view help us solve it? Have we dealt with this issue before? Were we effective at solving it in the past? Is our first reaction doing the same thing we did before that didn’t work?

Being instead of doing means we need to pursue these answers. We need to look inward at what we feel and think. Instropection should be the basis of how to deal with problems. It’s likely that how we tackle the problem and our attitude towards it will either lead to a solution or not.

Being instead of doing involves eliminating our automatic reaction to difficulties. If someone attacks you, sometimes the best response is not to attack back. When you fail at something, the best reaction may not be to try to minimize or hide your mistake. If you have problems in a relationship, the best solution is most likely not nagging your partner.

We shouldn’t let ourselves get carried away by our immediate reactions. We also should avoid rushing into fights. The answer isn’t to turn our backs on problems either. Instead, we should look at the situation with an open mind, unaltered by prejudices or preconceptions. We need to accept we have a problem. This shouldn’t make us anxious. Instead, we should use our observations to guide us. This helps us understand what’s really happening.

In other words, the first step in solving any problem should be focusing on being. If we take the time to look inward before acting, we’ll likely be satisfied with the outcome.  Being instead of doing. Find ourselves before taking the next step. Looking inward instead of outward. Working first on ourselves so that we can find better solutions.

Solving Our Problems May Take a Long Time
We've gotten used to satisfying our needs in practically no time. But what happens when it's out of our control? What do we do when we can't control how long solving our problems will take? Read more »
Link copied!
Interesting Articles
Emotions
Learning to Say How You Feel

Wellness
Learning to Understand Our Feelings

In order to face the new world, we need to explore the most emotive and creative part of ourselves. Our…

Sometimes we wonder how to feel fulfilled while overlooking the simplest answer of all: learn to enjoy unconditional love. It…

Wellness
When Someone Hugs You With Their Eyes

I love those people who have the special ability to hug me with their eyes. They can be completely silent and…

Many women long to find love in their lives, but they ignore the fact that in order to find it,…