The Unconscious Narcissism in Relationships Between Parents and Children 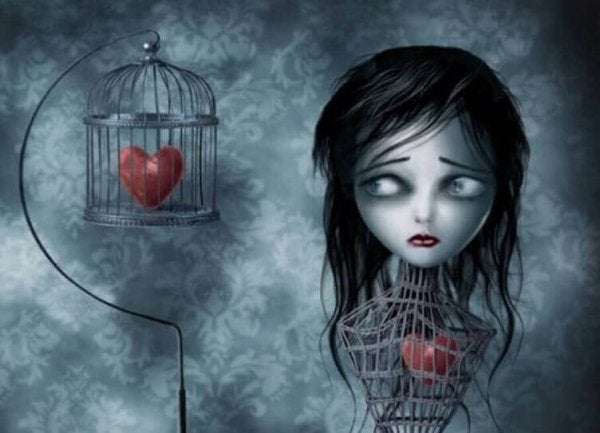 Narcissism, understood as the love towards oneself and constantly searching for the satisfaction that produces admiration, is present in parental relationships. The parents project onto their children an enormous impulse to live and love. However, many times this impulse is mediated by their desires to a greater or lesser extent, tinging the relationship of a non-egomaniacal narcissism, yet still being yearning or expectant.

Literature and theory deal with how children interact with their parents, rather than the other way around. Therefore, it’s difficult to find in literature clear references to the narcissism present in parental relationships, understood as viewing what’s alien as their own or viewing the child’s characteristics as their own.

Freud showed the first vestiges of interest in this phenomenon. He theorized the existence of the tendency to attribute all perfections to the child. (It should be noted that he only dealt with the way in which the parents formed relationships with their children). This is sensed at the beginning of parental relationships when the baby becomes the majesty.

Thus, the phenomenon “His Majesty the Baby” is a way to renew in adults the privileges that they imagine they had as children that they had to leave behind. We observe that parents give their children excessive privileges and spoil them, worshiping their qualities and then demanding that their development goes in accordance with their master plan.

Many parents end up projecting “their ideal self” onto their children, making them become a “perfected and perfectionist” version of what the parents think they were or would have liked to have been.

In this regard, parents project their ideal selves onto the child, making the child responsible for the frustrations and deepest desires of the parent’s ego.

Thus, this is why, when we talk about unconscious narcissism and projection, a parent’s love becomes more of a love for themselves, for how they believe they were as children or how they wanted to be.  Also, this is a way of unfolding more this loving relationship.

How is it constructed?

1. Projection from the parents onto the child

The parent projects their own characteristics they had or wished to have as a child, characteristics that they either no longer have or aspects that they felt they lacked. The father or mother who projects onto their child doesn’t want their son or daughter to lack what they longed for or desired. In turn, they see in their children the perfect representation of their ideal self. It’s possible that this projection is, to a large extent, unconscious or that at least the parent never explicitly reflects on this behavior.

The father or mother will consider the son or daughter as a part of themselves or as a type of internal object to a greater or lesser extent, depending on the parent. This is to say that the parent is identifying in a way where they feel an exacerbated sense of possession over the child, which in turn hinders the child’s own self-construction.

As mentioned, the goal of this projection and complementary identification is the realization of satisfaction for someone with a narcissistic nature. However, other purposes, such as the denial of a loss, can be possible reasons for this type of parental behavior.

The interaction is based on previously assigned roles, so it will eventually surpass imagination and shape the development of relational dynamics with other people and within the child itself. Essentially, this type of relationship creates a fictional profile that ends up becoming a reality.

In pathological cases, children can react in different ways. Sometimes, they assume the roles that were assigned to them, creating disorders that affect them later on, and which will make them rebel later because they feel abandoned. This feeling of abandonment is due to the simple reason that the relationship between the child and the parent doesn’t exist or is limited. In this regard, the child can begin to feel like their desires aren’t their own, but imposed by parental expectations.

NOTE: The content of this article has been extracted from what was exposed in “Narcissistic scenarios of parenthood” by Juan Manzano.

Collective Narcissism: A Virus That Is Spreading
Collective narcissim infects and spreads easily. And this need for one's group to be praised, to the detriment of others, is a dynamic that has taken place in all time periods. Read more »
Link copied!
Interesting Articles
Psychology
I Won't Let You Feel Alone

This letter is for you. I want you to know that I won't let you feel alone anymore. No one will pass you by, you'll no longer feel unappreciated or…

Psychology
Why Sleeping Beauty Shouldn't Wait For Her Prince

Once upon a time there was a Sleeping Beauty whose was fast asleep in her relationship. To awaken from her…

Psychology
Coping with Emotional Challenges on the Daily

Sometimes, leaving everything behind is the only option. It's not an act of cowardice or surrender. People who choose to…

Psychology
Raymond Cattell and His Theory on Personality

Raymond Cattell was born in England at the beginning of the 20th century. He's one of the most important personality…