It's Not Me, It's You: Psychological Projection 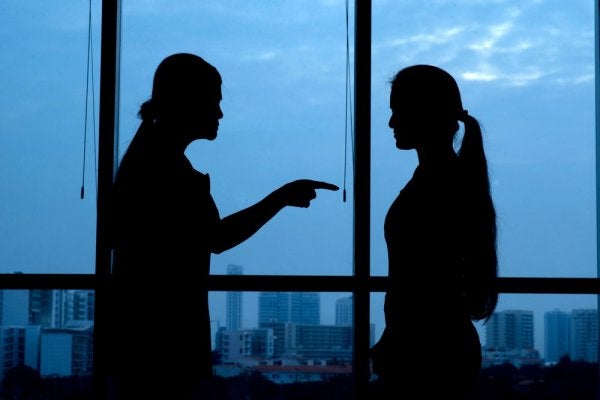 Psychological projection: a term developed from Freudian theory, that describes a behavior that we encounter very often. We ourselves may have even done it without realizing.

For example: think about a time when you felt deeply in love with someone. In some way, almost unconsciously, you attributed certain features and virtues to this person that didn’t necessarily correspond with how they actually were. You praised their kindness and concern for others, their successes, and their great qualities through the halo of perfection that you projected onto them.

We’ll talk specifically about feelings of guilt and how sometimes, instead of accepting and dealing with these feelings, they are targeted at other people, at the people who are closest to us and supposedly the most appreciated.

Here’s an example. Your partner is insecure and afraid of commitment. Instead of accepting this reality, they start to punish you, insisting that you make things difficult, that you’re always showing signs of distrust and a clear desire to cause them harm.

The problem is not you, it’s them. But instead of facing the fact that they have a self-esteem problem, they punish you, providing evidence for things that aren’t real. They throw their anger at you like darts and project their negative emotions onto you so that they can achieve the following:

How to break the habit

Psychological projection is a complex topic. And sadly, it occurs frequently. Many people who are subjected to psychical and psychological abuse continue projecting positive images onto their partner. Why? Because this way they can protect themselves from reality.

“If my partner feels jealous, it’s only because they love me.” “My partner loves me deep down, sometimes they make mistakes, but they’re the one who cares about me the most.” Projecting these ideas is distorting reality, creating a new world that is less harmful, where they don’t have to accept the harshness of reality, where everyone is brave, where they’re able to react and defend themselves.

How can we stop projecting?

It’s not easy to accept that we all project from time to time. Sometimes, we do it without even realizing; we think the problem is outside ourselves. Like thinking that the person we love is basically a perfect creature, for example…

We all have faults, we all have shortcomings. Ideally, we’d always act with humility and objectivity, but in the end, we’re all beautifully imperfect beings trying to survive and be happy in a complicated world. Do you agree?

Jungian therapy or Jung's Analysis seeks to illuminate the dark areas of our psyche and favor self-realization. It is an…

It's not easy to think about, but time goes by for everyone. At some point in your life you'll get to…