When Parents Use Blame to Raise Their Children 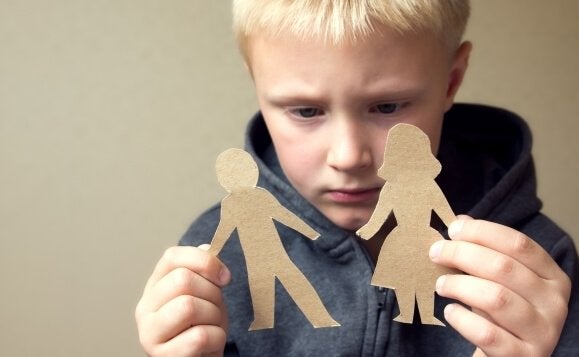 There are still many parents who justify using blame as a parenting style. They think that rewards and punishment are the fundamental basis for a proper education. This is true, especially in the early ages. However, it’s imperative to understand that this is a stepping stone they must overcome.

Blame leads to emotional distress. It comes from a symbolic and social penalty. It, however, doesn’t lead to responsibility, it doesn’t promote autonomy, nor allow each person to make the decision of which values to follow or not. Using blame to raise children doesn’t educate them, it just conditions them.

It’s true that using blame increases the control over a child. This eases the work of an authoritarian parent. The kid is filled with fears, moral conditioning, and therefore becomes more manageable. The child follows directions more easily because they’re weaker. Also, they stay within the norms because the fear is too strong. They become a docile person, but not a free and happy person.

Kids need orientation, and parents should offer it in terms that allow them to strengthen themselves. Using blame to raise a child does the complete opposite of that. Its objective is to make them think that what they do, feel, desire, and think is unacceptable.

No kid acts out to disturb their parents. On the contrary, they act to please them and to make them feel proud. Their moral immaturity is what makes them not adapt to certain precepts or norms. Parents need to help them understand why those norms exist and where they came from.

Blame prevents the development of conscience

Raising a child isn’t simply teaching them to follow rules blindly. Blame leads to that precisely. It makes the child believe that they have to behave as the authority figures dictate them to. In addition, it makes them think that all rules are unquestionable and that infringing them is an immoral behavior.

What parents achieve with this is just marking a break between desire and responsibility. The problem with this is that it deteriorates the child’s critical ability. Thus, there’s no real conscience development for their behavior.

Conscience develops when one can choose how to behave. If someone has a wide range of conscience, then this person is harder to manipulate, bring down, and use. On the other hand, if someone was conditioned by blame, they never reach the point where they rationalize their values. They depend on the approval of their authority for their actions.

Human beings are egocentric when they are born. For a small child or an infant, it’s impossible to see the world beyond their own needs. At this stage, the parents have to fulfill those needs and help the child feel they’re in a safe environment. This will build confidence and self-love.

With weaning and toilet training, a long path towards the insertion of a normative framework into culture begins. It’s obvious that limitations create frustration, and therefore, rejection. It’s difficult for the child to understand that they’re not the center of their world. This generates issues that should not lead, under any circumstances, to blame as a parenting style.

In this long process, it’s ideal that parents teach their children to think about the consequences of their actions. Therefore, it’s important that parents also teach them to recognize their emotions, desires, their limits, and the reasoning behind them. The margin of how to make their choices and how to decide must be widened progressively. Parents never do this perfectly, but their intentions should always be genuine.

Blame and Rigid Thinking: They’re Undermining Your Mental Health
Rigid thinking means an inability to change your mind when all signs point to a change of mind. It also implies an inability to see a situation from a different point of view. Read more »
Link copied!
Interesting Articles
Psychology
What's Behind Emotional Dependence?

People are full of dreams they deeply wish to fulfill. But as people, we also have a lot of fears…

Psychology
A Psychological Perspective on Wisdom

Intelligence experts and psychologists have been studying the concept of wisdom for a long time. It has a scientific definition…

Psychology
The 7 Best Quotes That Describe the Unconscious Mind

The unconscious mind is a concept almost everyone talks about. However, most of us don't understand its real meaning. We're also…