It's Time to Release the Emotions You've Kept Quiet 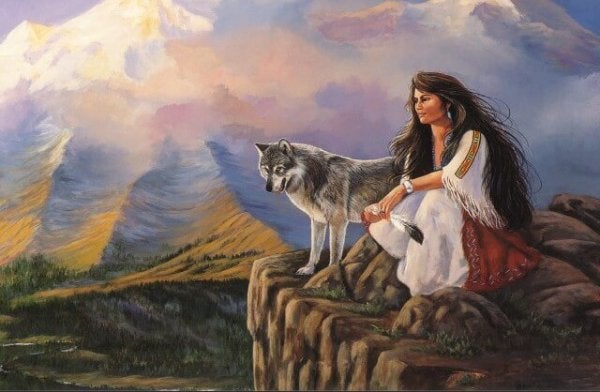 Sometimes you want to run around like a wolf and climb up the highest mountain so you can howl and shout everything you’ve kept quiet, all the stuff you’ve hidden inside and never said. When you do so, all of the indecision, false appearances, and fears about what other people will say will become nothing more than an annoying mist to be cleared up.

We live in a culture that resists emotion. So much so that when children reach the age of 5, they already start to develop certain repression mechanisms: they contain their tears, guard their words, and lower their faces, thereby fulfilling one of the commands of the adult world: “don’t cry, don’t speak, don’t express yourself.”

There are multiple consequences of becoming part of the culture of imprisoned emotions from such a young age. You don’t just grow up a slave to silence. Children who are trained to bury their emotions often end up finding outlets to express what they’ve kept quiet, and aggression, anger, and defiance often emerge through these channels.

Sigmund Freud said that the mind is like an iceberg. Only a seventh of it emerges above the water, and the rest lies beneath the surface, submerged in an icy universe that contains everything that’s left unsaid, everything that’s been repressed, and all the words that you’ve chosen to keep quiet, fearing the consequences that would arise in the complicated public sphere.

Walking on a tightrope

When people you know ask “Is everything okay? You seem off,” you’ve probably responded with a forced “no, no, I’m fine, everything’s fine,” on more than one occasion. When we say things like this, we’re resigning to withdrawal by using a formality that everyone uses: false appearances. Because nobody cares that our broken parts are hanging by a string, because we think that emotional pain is for our private lives only.

However, the real problem often comes from our own inability to vent in front of the people we’re not really close to. We don’t do it because we think that showing pain, annoyance, or concern means we’ve lost control of ourselves.

In some way, revealing our unhappiness over a specific event to our partners or family members can lead to a sort of co-dependence; that is, we feel more responsible for how they’ll react to our own circumstances.

Valuing their reactions more than the problem itself causes us to leave things the way they are. We keep quiet for so long that we don’t care about enduring a little more suffering. We normalize suffering like someone who takes a simple painkiller for a traumatic wound, or who offers water to someone who’s drowning.

This isn’t the right way to handle it. Nobody can walk on an endless tightrope, because sooner or later the rope will break and they’ll fall. Logically, the higher you climb like this, the harder you’ll hit when you fall.

Post-Traumatic Growth: Learning from Your Pain

You deserve to be free

This is an interesting fact that’s worth remembering: when something upsets you, hurts you, or bothers you, such as a sharp insult, the brain takes only 100 milliseconds to react emotionally. Then, in only 600 milliseconds, it registers this emotion in the cerebral cortex.

When you tell yourself things like “what they said doesn’t affect me, I’m going to act like I don’t care,” it’s already too late, because your brain mechanisms have already encoded the emotional impact. If you try to register it in a different way, you’re just deceiving yourself and wasting useless energy and resources that you could be investing in other strategies.

We’ve been taught for a long time that it’s bad to show our true emotions, that people who tell the truth are aggressive, and that it’s always better to use subtle lies before you say a bitter truth aloud. But that’s not true. You can be assertive without being aggressive. And it would be good to start challenging the traditional idea that emotion is the opposite of reason, because that’s also not true.

Allowing yourself to fully experience your feelings will help you understand your needs. It sheds light on spaces of thought that we often fill with false ideas, such as, “if I endure a little bit more, things can get better,” “I don’t care about what they said, better to just act like nothing happened.” Fully understanding, listening to, and feeling your emotions is a vital need that you must practice every day.

We should practice the art of assertiveness, the healthy exercise of expressing how we feel and what we deserve. We should howl at the moon, shout to the night and day about who we are, what we need, and what we’re worth. Enough with prioritizing other people’s emotions over our own all the time. It’s time to live without fear.

The Truth Behind Every Mask

Link copied!
Interesting Articles
Psychology
Family Reunions - like Becoming Someone You No Longer Are

Sometimes, a family reunion can make you feel like someone you no longer are or that you never were. To…

Psychology
Education Is the Foundation of a Good Life