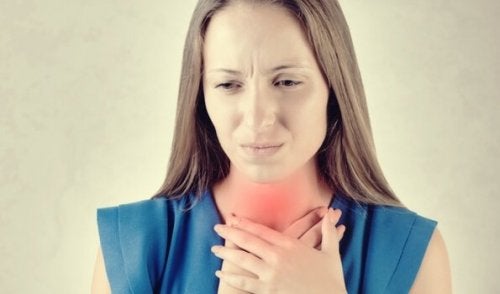 Although they are two separate illnesses, we have known about the relationship between thyroid disorders and depression for a long time. It is common for hypothyroid patients to feel fatigued, discouraged, or apathetic. It can get to the point where they end up feeling depressed because of this common hormone imbalance.

Years ago, an article in Psychology Today notified readers of something that is cause for reflection. Dr. Amir A. Afkhami, a professor of psychiatry at George Washington University, pointed out that a simple thyroid problem could be the culprit behind many mental issues.

Doctors sometimes overlook the fact that the root cause of some mental problems could be an issue with the thyroid gland.

The thyroid is small, butterfly-shaped, and weighs a little over 20 grams. It is interesting that this tiny organ has such an impact on our metabolism, internal balance, and well-being. Any alteration can cause clear physical symptoms and thyroid disorders. In addition, we know that there are patients with psychotic disorders related to hypothyroidism.

All of this indicates that it is important to rule out possible thyroid problems when trying to treat psychiatric problems. In fact, Dr. Afkhami says that failure to do so can have significant negative consequences. An undetected thyroid problem could mean that the patient goes through unnecessary treatment and therapy before finally figuring out the real culprit.

In other words, there are many patients who aren’t receiving the proper treatment for thyroid disorders. As strange as it may seem, they go through treatment for depression without seeing any change or improvement. And this is all because their healthcare professional isn’t adequately diagnosing the problem. It is worth mentioning that in addition to symptoms of depression, intense anxiety is also common. So, the diagnostic label of the confluence of these two traits is called subclinical hypothyroidism.

Interestingly, we have known about this clinical reality since 1825. At that time, doctors described it as a “nervous affectation” resulting from a thyroid disorder. This is an interesting fact to keep in mind, especially when we consider another piece of data from the Journal of Thyroid Research. It says that 40% of people with a hypoactive thyroid or with hypothyroidism are at risk of experiencing depression.

Let’s take a look at some of the symptoms that patients with subclinical hypothyroidism tend to exhibit.

Subclinical hypothyroidism is especially common in women. It tends to show up more frequently with menopause.

What is the treatment for subclinical hypothyroidism?

We already know that there is a relationship between thyroid disorders and mood. We also know that depression is a common symptom among patients with subclinical hypothyroidism (along with the other above symptoms.) The question that you might have in mind now is if there is a treatment for these signs and symptoms.

The answer is yes. There are treatments available and they tend to be successful. A study from the University of Anhui (China) shows that after six months of treatment with levothyroxine (synthetic thyroid hormone) patients show clear improvement.

Specialists warn that not only are antidepressants not useful in these cases, but they can also have adverse side effects. They can cause insomnia, weight gain, and can affect the emotional state of the patient in a negative way. Like we said at the beginning, all doctors should check for hormone imbalances when they are seeing a patient with depression.

If the doctor neglects to consider hormonal imbalances, the patient might get the wrong treatment. The clinical treatment plan could even make their situation worse. We can conclude by saying that levothyroxine works, it is effective, and after a few months, improvement is noticeable on all fronts. Patients lose weight, their hair gets stronger, they feel better and more optimistic.

It is important to take care of our endocrine health. People often say “we are what we think and feel.” It’s worth adding another small detail – we are also our hormones, and their proper balance guarantees our well-being.

Psychology
Grief Is a Test of Our Maturity