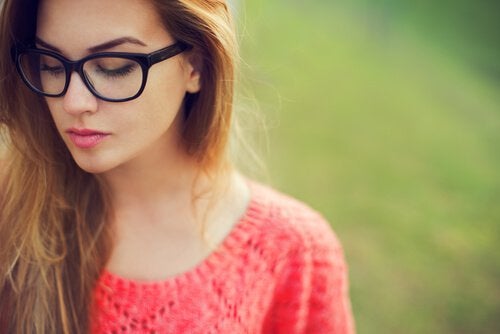 Surely you have run into people who, after having a discussion, don’t recognize their mistakes. They often say that famous line “I’m just like this. I have a strong character”. Come on… that’s using “a strong character” as a justification for errors, mistreating people, turning a deaf ear and pigheadedness…

Or maybe you have, at some point in your life, found yourself saying the same line. “Having a strong character” is not bad, per se. The harmful aspect is to hide behind it to justify your explosions of rage. To excuse yelling and bad words directed at another person.

But what does it mean to have a strong character? We tend to associate this trait with people who are easily upset. Or with people who, when they have arguments, think that by raising their voice they’re going to end the conflict, belittling the other person. People also mistakenly consider people who don’t listen as ones with “character”. People who live their lives from one war to the next. They could have avoided a lot of suffering if they had filtered the information that they received from their surroundings, instead of just ignoring it.

What is a strong character?

We also confuse it with people who base their discussions on absolute arguments. People who don’t allow room for dialogue or negotiation. Probably because it is what they have seen at home. Or maybe because it’s the way they have been able to survive in other environments.

They think that by making themselves big, they will manage to belittle the other person. This, of course, only works if the other person allows themselves to be belittled. Because some people simple don’t let others modify their size. Therefore, we could confuse a strong character with these narcissistic traits or with a “bad temper”.

A strong character is, therefore, a concept subjected to much confusion. At least it is in layman’s terms. At the end of the day, they are just words that we use to name something that exists and which has a repeating pattern.

Well, people with “strong characters”, far from what they may seem, are assertive people. They have well-defined limits which they use to protect themselves against manipulation. Also, it protects them from any voluntary harm other people may try to inflict upon them.

Having character is far from making someone aggressive, who seeks to intimidate others with their voice or absolute arguments. Having a strong character implies being a person who respects others and makes themselves be respected. Someone who doesn’t bend out of fear, but who also doesn’t hesitate to acknowledge their fears. They know how to recognize reason and logic when it is the other person who has it.

They are not made smaller in the face of blackmail or external manipulation. Nor do they try to make themselves bigger in order to intimidate or be seen and respected. Character has more to do with the consistency between what one think and what one does.

Recognizing you own inconsistencies without projecting them onto others

For example, maybe you have met people who brag with an astounding vehemence of being very independent and not letting anyone step all over them. Yet, at the first sign of change, they bow before the other person and do whatever the other person desires. They have crossed their own red line.

These people oftentimes will be the ones who will harshly critique others who do what they have done. “You let yourself get walked on. You have to be an independent woman. You’re weak. At the first exchange, you simply let yourself get manipulated. Anyone will be able to take advantage of you like that. Make yourself be respected.”

Then these people are incapable of accepting that they have also crossed their red line. The difference between one type of person and the other is that one group fiercely brags about being different.

Certain mistakes have important consequences. But, not acknowledging or accepting mistakes as your own says more about you than about the mistake itself. There is nothing truly bad about discovering that you have failed or that you’re doing things differently than you thought you would.

We’re human. We learn along the way. Experiences give us the opportunity to learn and get to know ourselves. It is logical and healthy to test yourself. Knowing how to forgive yourself, but to not forget about your mistakes means being consistent with what we think and what we do. This consistency is going to give us that sense of inner peace we’re all looking so feverishly for.

The unhealthy and harmful thing to do is to live in the shadow of inconsistency. In an self-imposed blindness towards reality. Accepting our mistakes and being able to gain awareness in the future, will help us become integral beings.

Therefore, are you up for searching for that integrity and that character that you can also possess? A strong character which will be healthy for yourself and your relationships with others?

Link copied!
Interesting Articles
Psychology
How to Detect Insecurity in Your Children

Psychology
I Break Down So Hard Because I Act So Strong

I always act strong and serene, standing tall, resistant to the storms and the blows, without seeking emotional refuge or…

Narcissistic families are like spiders, trapping their children in a web of emotional suffering. In this type of family dynamic,…