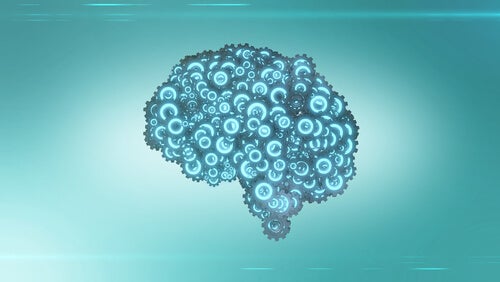 Working memory, also called operational memory, is a type of short-term memory that is responsible for the storage and the temporary handling of information. It is a type of memory that keeps certain information present in our mind, and, at the same time, performs complex cognitive tasks with it. We can call it the operating room of our mind -it holds both the patient and the operating surgeon. Logically, the result will depend on how you carry out the two simultaneous processes.

What are the main characteristics of working memory?

The main characteristics of working memory are:

The importance of working memory

Have you ever tried to say a phone number aloud, and, when you come to dial it 10 seconds later, you can’t remember it? That is when we come to realize the relevance of working memory in our daily lives. We can also see how important it is to exercise our working memory and keep it “in shape”.

Working memory is fundamental in the decision-making process and for the correct functioning of executive functions. This is especially the case when there is a strong demand for attention and for planning actions. Its involvement in the understanding of oral and written language is due to the fact that it can keep each word active, recognize it, and analyze it semantically. It can also compare it with other words and combine it with information stored in another type of memory or with information that arrives at that moment through our senses .

Working memory is the engine of our knowledge and reasoning. As such, it is essential in mental tasks, such as those related to calculus, purely logical reasoning, and perceptual-motor control. It also relates to very different kinds of learning, such as reading or learning mathematics. A person who has a brain injury that is linked to memory problems, may not be able to define a word or decide if two words have a phonetic rhyme.

Is short-term memory the same as working memory?

Short-term memory allows you to retain a limited amount of information for a short period of time. It is considered a “passive warehouse”, which is limited both in capacity and duration. On the other hand, working memory allows us to carry out conscious cognitive processes that require attention, review, handling, organization, and the establishment of connections with long-term memory.

Despite this apparent conceptual difference, there is currently a debate about whether or not working memory is the same as short-term memory. On the one hand, a large amount of researchers consider that these two “warehouses” are a single temporary storage system in themselves, or that they form one. They allow the brain to work with information to solve or perform complex cognitive tasks.

However, at the opposite extreme, other authors consider that both systems are different and perform different functions. To their mind, short-term memory involves only storage. They view working memory as involving processing, storage, and handling.

To try to explain its operation, Baddeley and Hitch proposed a unique model that divided the working memory into 4 subsystems or specialized components:

1. Central Executive: This is in charge of supervising, controlling and coordinating all other systems. It is not involved in storage tasks. It is considered to be a supervision system, which allows the focus of attention to change (selective attention).

2. Phonological loop: This allows us to acquire vocabulary. It is essential in the development of other intellectual abilities. It is divided into two systems: the passive phonological store, which maintains verbal information, and the sub-verbal review, which “refreshes” and maintains that information.

3. Visuo-spatial working memory: This allows us to perceive objects, find a house or play chess. It is also divided into two systems: the visual cache and the inner scribe, which perform the same functions as the components of the phonological loop.

4. Episodic buffer: This allows the connection of the phonological loop information and the visuo-spatial agenda, as well as the representations of the long-term memory.

Working memory is not located in an exclusive part of the brain. It requires the activation of a specific neuron circuit. It is set in motion by the activation of the prefrontal cortex, the area of the brain involved in the planning of complex behaviors, decision-making processes, and in the adaptation of social behavior to various situations.

After its start-up, its operation is based on the interaction between the prefrontal cortex and different areas of the posterior cortex, the temporal lobe, and the occipital.

Our working memory is, in short, an active temporary memory store. Thanks to the working memory and its power we can understand language, read, perform mathematical calculations, learn or reason. Our memory is fascinating indeed.

Improve Your Memory and Concentration
I realized that I had forgotten some of the ingredients. My memory, or maybe my concentration - I had a few pretty stressful days - kept me from doing it. Read more »
Link copied!
Interesting Articles
Psychology
The Sixth Sense: The Voice of Intuition

Psychology
Do you Know Fear's Disguises?

It's not always easy to tell when we're afraid. It may feel like the shudder that runs through our body at times is a sign of weakness. But nothing could…

Psychology
7 Habits That Get You Nowhere

We often pick up habits unconsciously. You simply doing things mechanically and you no longer remember why you think in a certain way or why you always do things the…

Psychology
The Insula, the Source of Our Emotions and Empathy

The insula is a region of the brain as mysterious as it is crucial to understanding human behavior. Some say…