There Are No Toxic People, Only Toxic Behavior 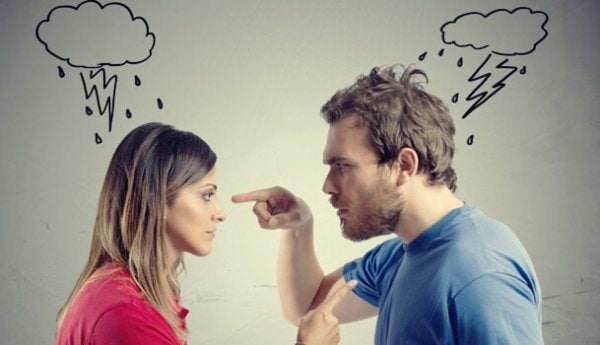 The idea of “toxic people” has become quite widespread. In fact, people apply the adjective “toxic” to anyone who has problems relating to other people. However, this only serves to exacerbate intolerance. It’s time to clarify that “toxic people” don’t actually exist. What does exist, though, is toxic behavior.

No human being should be reduced to a general classification like “good” or “bad.” Nor should we ever slap a label as negative as “toxic” on any person. People, just like life, change all the time. We all have times when we allow bad or destructive behavior to take over.

We might even get stuck in those times for a long time. However, that doesn’t mean that we are inherently toxic. No one is toxic, and we can’t really use that word to describe anyone’s essence.

“Don’t tie yourself to people who don’t rejoice in your success.”

Anyone can behave in a toxic way. That doesn’t mean that they will be that way for their whole life. You can reorient your behavior and turn it into something constructive.

In any case, it’s not something to be avoided like the plague. What it means is that you (or whoever) is having problems. As a result, you aren’t aware of the damage you are doing to yourself and others.

Toxic behavior hides insecurity and low self-esteem. At the same time, it displays narcissistic characteristics that are compensating for a lack of self-love. In addition, it tends to go hand-in-hand with incorrect beliefs. These beliefs offer a false sense of justification for the behavior.

The main characteristics of toxic behavior are:

How should you deal with toxic behavior?

You can’t see toxic behavior in general terms, applicable to anyone who displays one or several of the above characteristics. There are always degrees, levels, and contexts.

Sometimes toxic behavior is too ingrained and the only thing you can do is distance yourself. But that doesn’t mean that you should isolate that person. It’s important to make them see that the reason you are distancing yourself is their destructive behavior.

There will always be conflicts in your relationships. It’s possible to find balance, but it doesn’t usually happen naturally. In general, you achieve balance only after a lot of ups and downs.

Everyone brings baggage to their relationships: emptiness, breakups, and inconsistencies. it isn’t reasonable to try and avoid all of that. All you can really do is try to manage and balance it.

Dialogue will always be the best way to find common ground. When you aren’t engaging in toxic behavior, you have the ability to see it in others. You are also able to limit any attempts at control and manipulation. If you permit them, enable them, tolerate them, or silence them, it means you are following the same destructive logic.

The best way to help someone who engages in toxic behavior is by not allowing them to do it. All relationships have rules, implicit or explicit. You shouldn’t ever tolerate manipulation, disdain, or any other behavior that degrades or uses you. Lastly, remember that what we are trying to eradicate is toxic behavior, not “toxic people.”

Psychology
Feeling Indifferent Toward Your Partner

You make dinner. You sit down to eat with your significant other. You eat together while watching television. You talk…

What happens if we're driving down the highway and suddenly we find ourselves in a thick layer of fog? The…