The Various Types of Attitudes

Would you like to know what are the various types of attitudes? Read on to discover them! 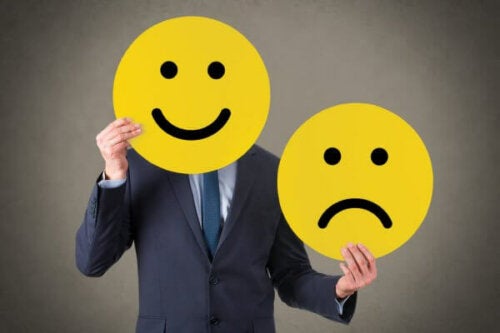 What exactly is an attitude? What are the various types of attitudes? Usually, people speak about them in terms of positive or negative attitudes; so it can be good or bad. However, the various fields of study, even those that derive from social psychology, don’t necessarily agree on defining attitudes. This is because they go beyond being negative or positive and the relationship between different components is ambiguous.

In general, one can say that attitudes are evaluations that have the function of obtaining knowledge. Thus, when you meet a new person, the first thing you do is evaluate them and develop an attitude towards them. In other words, you judge that particular person. The information emitted through this judgment will allow you to simplify and structure the world. Therefore, you can understand attitudes as social knowledge built from experiences, beliefs, and feelings.

Components of the types of attitudes

Attitudes have three components: beliefs, feelings, and behaviors. These three components are understood as the responses one can give to stimuli that provoke attitudes. Recalling the example of the previous paragraphs, when a person awakens a positive attitude in us, this person will generate positive feelings, such as joy when we meet them again.

The tripartite model of attitudes arises precisely from these three components. According to this model, attitudes are how you feel, what you think, and the inclination you adopt when it comes to taking action. However, other models indicate that attitudes include beliefs. Thus, what you think dictates the rest of the components.

“An attitude of positive expectation is the mark of the superior personality.”

Relationships between the components of the types of attitudes

Another point where there’s no consensus is in the relationship between attitude and behavior. Those who claim that attitudes have all three components, cognitive, emotional, and behavioral, find a problem when beliefs and behavior don’t correspond. On many occasions, you don’t behave in tune with what you believe. For example, you might have a rather positive opinion of a person but refuse to help them when they ask you to.

One of the solutions to this discrepancy between beliefs and behavior lies in the emotions. What you feel will unite what you believe and what you do. Thus, if you think that a person has a positive attitude, then you’ll help them as long as they generate positive emotions when they ask you for help.

Another solution brings those references to all past behavior. Thus, the present behavior will be the same as the one you had in the past. Therefore, you’ll only help a person if you’ve already helped them in the past. Otherwise, you won’t.

Other ways of understanding the three components of attitudes

In short, the definition of attitudes isn’t simple. Even so, here’s one of the most used: attitudes are categorizations of a stimulus produced by an object in an evaluative dimension based, or generated, by three kinds of information: cognitive, affective/emotional, and/or concerning past behaviors or behavioral intentions.

Ten Energy-Sapping Attitudes
Sometimes you adopt energy-sapping attitudes without even realizing it, and you waste your energy on worries and negative thoughts that make you feel bad. Read more »
Link copied!
Interesting Articles
Social Psychology
Learn All about Social Entrepreneurship

Wellness
You're a Plant that Needs Loving Care

You're a plant that needs loving care. No two plants are alike, just as no two people are alike. There's…

Therapies
Art Therapy as a Treatment for Psychosis