Behavior modification uses reinforcement techniques to create a change in an individual's behavior. In this article, we'll discuss the most important techniques. 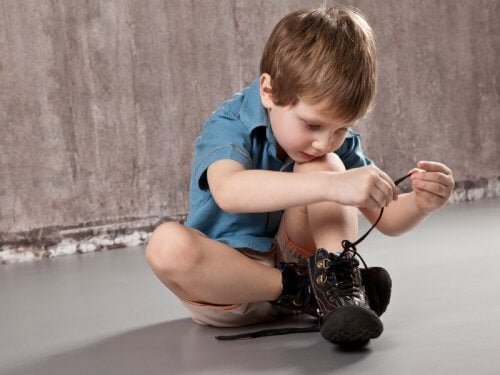 Behavior modification uses procedures and techniques during objective evaluations and empirical verification processes to eradicate abnormal behaviors or boost normal behaviors. It doesn’t rely on observation alone. Instead, it relies on cognitive aspects and basic processes derived from its origins, development, maintenance, and changes.

Behavior modification techniques can be classified into three categories:

Positive reinforcement is an incentive to repeat a behavior. Thus, contingencies refer to the dependency between a behavior and the incentives people receive.

There are two types of negative reinforcement:

Contingencies are part of an agreement between the parties. This establishes the responsibilities involved regarding a subject or activity. Reinforcement contingencies have certain characteristics, such as:

In some cases, just one of the parts involved shows the undesired behavior. However, there are many cases where both parties show problematic behavior.

In such cases, two types of contingencies can be used: quid pro quo and bona fide, or parallel, contingencies.

More studies are needed to determine which type of contingency works best.

Another psychological technique to modify behavior is the token economy. It consists of giving out tokens for reinforcements. These tokens can be traded for other things, activities, or privileges.

Characteristics of the tokens

Plastic tokens, coupons, and stars can become tokens. A good token should have the following characteristics:

The value of the tokens can be explained to them. The main goal is to encourage behaviors through natural incentives or intrinsic reinforcements.

To get there, the token economy can be used with other techniques such as training in social skills or problem resolution.

Three Learning Hubs for Social Skills
Learning hubs are areas of opportunity. With social skills, they're meant to help you understand yourself to better understand others. Read more »
Link copied!
Interesting Articles
Psychology
When Fatigue Affects My Mind

Do you know the feeling of suffering from stress over a long period of time? When stress stays and seems to never leave, that's when emotional fatigue appears. Anxiety, depression or stress…

From a distance, a narcissist with a plan can seem charming, self-confident, and even considerate. Nevertheless, there are a few things that narcissists never do, especially when it comes to relationships.…

Psychology
The Biggest Risk Is Not Taking Any

In love, at work, in the world and in life, risk is inherent to all human beings. A person who doesn't…

Psychology
Improve Yourself Instead Of Criticizing Others

There is nothing more exhausting than listening to someone criticizing everything that moves. Living surrounded by this particular type of negativity makes…