What Exactly Does it Mean to Have Attitude?

When people talk about "having attitude," they're talking about a specific kind of attitude. Read all about this here! 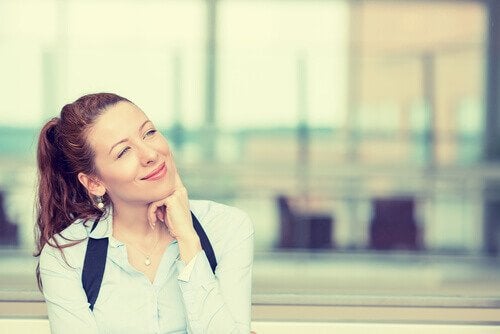 You’ve probably heard the phrase “have attitude” at some point. Although its meaning might seem obvious to some, this phrase actually confuses a lot of people. The word “attitude” has many different meanings but, at the end of the day, we all have one.

More specialized definitions say that it’s a mental and emotional state that characterizes a person. They also add that it stems from past experiences and shapes the way we respond to things. Basically, attitude doesn’t have one specific definition, and there’s no one way to get it. Let’s delve deeper into this.

What it means to have attitude

There are hundreds of definitions for “attitude”. One of our favorites is Solomon Asch’s. He defined attitudes as lasting dispositions formed by previous experiences. The key word here is “disposition”.

The dispositions involved in attitude are cognitive, emotional, and behavioral. Thus, attitude is a combination of emotional and rational factors that lead to action. But unconscious things also play a role here. They may or may not be the same as the conscious things.

Basically, attitude is a predisposition you have towards people, situations, and things. This also means we can have several attitudes and that it’s impossible to go through life without at least one. If this is so, then why do we only use that phrase to describe a specific kind of person?

The types of attitude

The phrase “have attitude” really refers to a specific disposition. But it’s also worth mentioning that there are all kinds of attitudes and one person can have several. In fact, it’s even possible to have two different attitudes toward the same thing.

It can help to separate attitudes into groups in terms of emotions, actions, motivations, relationships with others, and stimulus evaluation:

Attitude as a goal

We all have attitudes towards the world and ourselves. We form them based on past experiences. Obviously, we should strive to be positive, proactive, altruistic, collaborative, and rational. That perfect combination of factors is what people mean when they talk about “having attitude”.

Unfortunately, it’s not always possible to be all those things at the same time. And nobody can maintain that perfect disposition in every situation, no matter the circumstances. So, it’s best not to see it as something mandatory. Instead, see it as a guiding light.

But what does having attitude help with? Well, the attitudes that phrase is talking about can help you live a more fluid, balanced life. They can help you avoid conflicts, overcome obstacles, make it easier to interact with others, and make you more resilient.

7 Attitudes that Disguise Fear
We frequently avoid admitting that we're afraid because we believe that it'll get worse if we do. As a consequence, people tend to disguise fear. Read more »

Culture
How's Your Relationship with Your Body?

Abraham Maslow is the founder and main figure in human psychology. He created the hierarchy of human needs, which he…