The Social Worker in Correctional Facilities

Do you know what's the role of the social worker in correctional facilities? Discover the answer here! 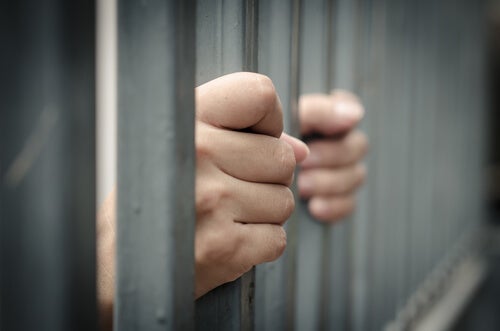 The social worker is a key figure in a correctional facility, as they’re there to achieve the objectives set out by the Constitution. Although you may not know it, the incarceration rate here in the United States is the highest in the world at 716 per 100,000 people. Furthermore, the prison population is now close to 2,298,300 inmates. Taking the Constitution into account, the custodial sentences and security measures must be oriented towards social reintegration.

Mercedes Gallizo, a Spanish politician, stated that “Society knows that prisons can’t be just basically spaces of exclusion. Therefore, the prison system should have a reintegration orientation and respect for the rights of persons deprived of liberty as a basis. Without denying the intimidating effect of deprivation of liberty, rehabilitation is achieved when, in addition to confining aggressors, these should receive the kind of education that will enrich them with skills. This is so they can reintegrate into society in the future and survive without resorting to crime”.

In addition, she stated that “The time has come for modern society to overcome the idea that prisons are the inevitable destiny to which all people who break criminal rules are committed. It’s just not reasonable”.

Although we’re living in a complicated time when it comes to how the legal system works, it’s necessary to remember that, as long as there are no changes, we must adhere to the current Criminal Code. Thus, we must also comply with the Universal Declaration of Human Rights, even if the penalty is imprisonment.

Objectives of the social worker and their guiding principles

Unlike what was previously thought, the main objective of depriving someone of their liberty should be rehabilitating them and preparing them for a future life in freedom. They must learn the social norms and the mandate of laws through any educational, technical, and professional means.

In order to achieve the objectives, the people in charge should take these principles into account:

The role of the social worker in penitentiary institutions

This discipline is somewhat new in the penitentiary field. The social worker is a professional who acts as a link between a correctional facility and the outside world. Above all, they fight to prevent the uprooting of a person deprived of liberty, acting as an “intermediary” between them and their nearby social and family environment.

They’re part of the treatment board

This team also consists of other professionals such as:

The following functions of the social worker in penitentiary institutions stand out:

The role of the social worker in education

The discontent of society as a whole is undeniable when it comes to the results of the punishments brought upon by justice. It’s true that something must be failing. Such failures are quite evident in some cases. Even so, the cases in which the system fails are always news.

Let’s highlight the importance of the discipline of social education in prisons. Although these centers may seem unfavorable environments for education, the system should offer new opportunities to their prisoners. Especially those with a proactive attitude who want alternatives to face the future in a positive way.

It’s a complex and challenging task in which different positions converge somehow, and turns to education hoping for answers. This happens despite the tendency to make every criminal action either psychological, medical, or psychiatric. This excludes the educationally specialized intervention because the will to change a person’s life and the relevance of the educational relationship that will drive that change is no longer considered.

The educational and recreational actions should aim to raise inmates’ awareness about the development of their life outside that environment. They should also be oriented to enhancing the feeling of belonging to society and carry out activities that seek the common good. Of course, these tasks may involve a change in the perspective of the users’ own reality.

How can civic education help?

Social education can provide all sorts of benefits, such as:

Ultimately, although promoting work in prisons is a serious challenge, providing people with values, skills, and strengths that allow them to face life in freedom, in society and in an integrated way, is essential for the success of the system. We can’t forget that successful rehabilitation also benefits the rest of the population.

Prisoner Rehabilitation: Truth or Myth?
Spain has a low criminal rate. Now, the article 25.2 of the Spanish Constitution talks about prisoner rehabilitation. Read this article to learn more! Read more »

Link copied!
Interesting Articles
Social Psychology
The Challenge of Disconnecting in the Era of New Technologies