Psychiatric Drugs in Children and Teenagers

According to the World Health Organization, it’s become common to prescribe psychiatric drugs to children and teenagers. 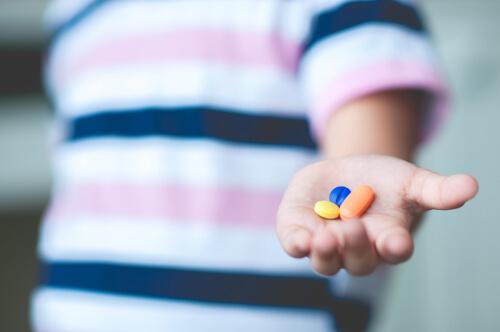 Mental illnesses are one of the greatest epidemics of the 21st century. Countless statistics show the concerning rise in the consumption of anti-anxiety and antidepressive drugs. But what’s even more concerning is how it’s become quite common to prescribe psychiatric drugs to children and teenagers.

According to a study by the World Health Organization (WHO), between 2005 and 2012, the number of children and teenagers who’re on psychiatric drugs rose drastically.

The WHO says that roughly 20% of children and teenagers suffer from mental illnesses or disorders, and that about half of those manifest before the age of fourteen. Unfortunately, they often go undetected and untreated. What’s even worse is that psychiatric disorders are one of the main causes of illness and disability in our young population.

Many studies have shown that although there’s a genetic factor in mental disorders, a person’s environment also plays an important role.

Many factors can increase your risk of suffering from one of them, especially during childhood and adolescence. For example, family issues such as divorce or abandonment, physical, mental, or sexual abuse, stress, substance abuse, etc.

You also have to remember that these are critical times in a person’s development. First of all, you build your personality during childhood and this period determines your adult life to some extent. Adolescence is also a crucial period that’s characterized by physical, emotional, and social changes.

This is why prevention and mental health promotion should be a priority. This is also where it becomes important to point out the best environments for that. Family is the key place to do this, but school and general society also play important roles.

Psychiatric Drugs in Children and Teenagers

Treating psychological disorders with drugs has become quite common. Therapy used to be the only treatment because the predominant belief was that children’s’ problems were environmentally rooted. Also, there weren’t enough studies on the safety and effectiveness of psychiatric drugs in children and teenagers.

This has changed over the last few years. There’s a lot more research on the subject. However, it’s still common to see medications being prescribed to young people outside of their proper context (compassionate use).

You have to remember that as children and teenagers develop, their pharmacokinetic responses aren’t the same as adults’. The same is true about their neurotransmission processes, which are vital when it comes to psychiatric drugs. In other words, it’s dangerous to make assumptions about drugs in children and teenagers based on adult studies.

The most common psychiatric drugs prescribed to children and teenagers are:

Risk-Benefit Ratio of Psychiatric Drugs in Children and Teenagers

In 2004, the Spanish Agency for Medicine and Health Products recommended against using SSRIs in children and teenagers because they haven’t been proven to be effective and increase the risk of suicidal behavior. On top of that, not a single SSRI has been approved for anti-depression treatment at these ages.

In 2016, a team of researchers published a fascinating study about antidepressant use in children and teenagers in the journal The Lancet. They did a systematic review and meta-analysis of all the essays published on these kinds of medications. They were able to compare the effectiveness of 14 antidepressants for the treatment of major depressive disorders in young people from the ages of 9 to 18.

The results were shocking. Only fluoxetine was more effective than placebos. None of the other antidepressants had a favorable risk-benefit ratio. In other studies, some of these drugs, such as venlafaxine, were even linked to a higher risk of suicide in teenagers.

Although these results should ring the alarm, you shouldn’t consider them the absolute truth. More research needs to be carried out, which is why you shouldn’t put any treatments on hold. Every case is different.

The important thing is to always follow the doctor’s instructions, as they’re able to evaluate the risk-benefit ratio of each potential treatment for their patients.

Prescription Drug Abuse for Academic Performance
People abuse prescription drugs so they can do better in school. However, it's easy to become dependent on them. Read more here! Read more »
Link copied!
Interesting Articles
Psychopharmacology
The Use and Abuse of Anxiolytics and Hypnotics