Orange Is The New Black - The Reality Facing Today's Women 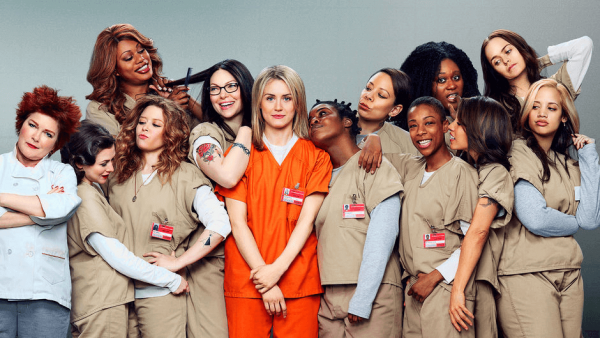 It is increasingly common for feminism to feature in the media these days. It is also becoming more common to specifically include social groups that, until not so long ago, had been marginalized. Orange is The New Black is one of those series. Despite not getting it quite right on occasions, it manages to capture quite well these changes that we are experiencing.

This series does a good job of dismantling some myths about prisons. Included in this are some of the preconceived ideas we have about prisoners, in this case female prisoners.

Sometimes we seem to forget that there aren’t only murderers in prison. There are also people who, due to the circumstances life throws at them, have committed a misdemeanor and have ended up in prison. Of course, the series isn’t perfect and we mustn’t forget that it is a fictional series we are talking about. However, it does succeed in bringing us a little closer to a world that we have, in many ways, forgotten about.

The series shows the process of adaptation to the prison, the different groups that start forming in it, how the women cope, the authority of the guards etc. The series debuted in 2013 on Netflix. It’s inspiration is Piper Kerman’s self-titled book, based on her own experiences when she was in a women’s prison for a year.

As we close this introduction, an interesting aside is that the images we see during the opening credits (see below) are of actual inmates in the prison.

Orange is the New Black – Inside the prison

The series begins by introducing us to Piper Chapman, a completely normal girl with a university degree. She has a good social status, a boyfriend she plans to get married to, and a business she has set up with her best friend.

It seems that life is smiling on Piper, but all of this is  going to shatter. One day she receives a notification about a crime she committed about 10 years previously. Her crime was transporting drug trafficking money when she was still very young. At that time she was in a lesbian relationship with a drug dealer by the name of Alex Vause. As the series unravels we see her face to face again with Alex in that very same prison.

Piper has to face the harshness of life in prison, put her comforts to one side and try to fit in. To start with, it is very difficult for her. She feels she has nothing at all in common with the rest of the inmates. However, over time, she starts to see how some of them are not so different from her after all.

To find her place, she has to join her own group, the “white” group. In the prison we see how the people have divided into their different groups and hierarchies, related to skin colour, age or nationality. Among these are the following:

The rest of the women, who don’t belong to any of these groups, such as the Asian minority, must create their own groups or try to fit in in any of the above.

The dining room scenes show these divisions with the greatest clarity, and are almost reminiscent of a school dining room where everyone has to choose their place and group. The distinctions between the groups are reflected in different ways, but especially in speech. We see how the black people don’t speak like the whites. The Latin Americans speak in Spanish or a mixture of English and Spanish etc.

To be honest, it’s best to watch the series in its original version, because with the dubbing we lose something of the essence of some of the characters.

Orange is the New Black shows us very clearly the racism and segregation prevalent in women’s prisons.

The diverse characters in Orange is the New Black

The series explores many issues that women suffer these days. One of them is the abuse of power and machismo shown by some of the prison staff. The series features a great diversity in the characters in every part of the prison.

There are prison supervisors who waste funds and cut budgets for their own benefit. We also see guards who traffic substances and abuse their power over the inmates. Sexual abuse is also covered, as well as workers who have lost sight of their vocation and have lost the ability to help and understand the inmates. There are, however, some who show humanity and compassion.

One of the most interesting things about the series is that in each episode, in addition to the main plot, they tell the story of one of the inmates. Even the most secondary characters that could go unnoticed have their place in Orange is the New Black.

The series explores the past life of these characters in depth, and shows us how and why they ended up in prison. In many cases they do it by showing us how they have suffered, how they have been unlucky or have made bad decisions at a certain point in their lives.

It demystifies the idea that it’s only bad guys who go to prison. Obviously, there are characters who don’t show remorse, and who have really hurt or murdered. But the majority of the characters are real people that we can identify and empathize with quite easily.

Orange is the New Black highlights socially marginalized groups. There is a lady called Suzanne, known as “crazy eyes”, who has certain social problems. There is evidence of self-harm, she acts like a child and has certain aspects of borderline personality disorder. But she also has her space, and her episode shows us what sort of life she has had. We see, for example, that she was adopted as a child and has had to face numerous obstacles in her life.

Homosexuality is also a key issue. Until recently, lesbians have been minority or secondary characters on TV and in the cinema. Rarely, however, have they been so relevant. In Orange is the New Black, most of the inmates are lesbians. Others in the series, even though they aren’t, have experienced some sort of lesbian relationship or have dabbled during their imprisonment.

There is also a character called Sophia, a transsexual recluse, played by the African-American actor and transgender activist Laverne Cox. This character also has a past, before taking the step to find their true self. He was a married man, and the father of a child. An interesting aside is that the actor who played Sophia before the transition was the twin brother of the actor.

The series also explores the problems related to substance abuse and does it in a very gruelling way with the character of Tricia. She is a young woman who lived on the street and stole to survive. She ended up addicted to drugs and it wasn’t long before she was in prison.

The elderly also have their group, and there is even a nun among them. The Asian characters are a minority, but they also have a presence. Everyone belongs and everyone is important in Orange is the New Black. It is a series that gives us a new insight into women’s prisons. The cast is mostly female, as are many of the screenwriters. Even Jodie Foster came to direct an episode. It also gives us a real insight into the lives of each and every one of the inmates.

Linguistic barriers, racism, homophobia, machismo, violence…everything comes to the surface when these different lives come into contact with each other throughout the episodes. We no longer see them as distant people, who have little or nothing to do with us, but as normal people, just like any one of us. And all this in an increasingly heterogeneous and open society. One in which we, as citizens, have the responsibility to continue fighting for equality.

“I would venture to think that the Anonymous, who wrote so many poems without signing them, was often a woman”.

How Many Different Types of Feminism Are There?
Feminism is on the rise, but what you may not realise is just how many different types of feminism there are. Read on and find out more. Read more »
Link copied!
Interesting Articles
Stories and Reflections
Three Stories that Will Make You Think

Although managing daily stress seems like a modern type of 'battle', the truth is that it's one of our oldest defensive instincts. However, the defense mechanisms our ancestors resorted to against…

Culture
Pregorexia - The Fear of Gaining Weight from Pregnancy

When a woman is pregnant, she usually gains between 20 to 30 pounds. Although it's different for each woman, it…

Today I choose to be happy, I choose to make myself a priority, to take care of myself and to…