The Scale of Evil - From Self-Defense to Psychopaths 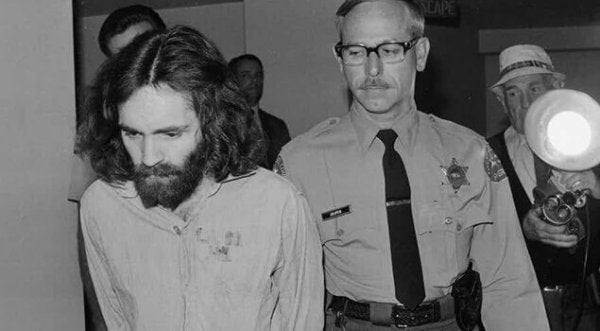 Michael Stone, a forensic psychiatrist and professor at Columbia University, is a point of reference as far as the knowledge of the “anatomy of evil” goes. It was he who developed the scale of evil, a tool which is as curious as it is striking. This scale is intended to be an aid to assessing the different degrees of aggressiveness or psychopathic instincts that can develop in the darkest parts of the human heart.

Some people define the “scale of evil” as a descent into Dante’s hell. Each circle or link defines a series of sins of differing seriousness. They range from acts we could all maybe justify or understand,  to those that are so abject and incomprehensible that they beggar belief.

“The world is not threatened by bad people, but rather by those who allow evil”

We should first say that this tool, despite having been developed by a well-known forensic psychiatrist, lacks clinical value when it comes to judging a criminal. However, Dr. Stone himself, as well as many others in the scientific community, argues that this perspective, based on detailed analysis of more than 600 criminals, is rigorous enough. They believe it to be they key to unlocking an understanding of the seed of violence and evil.

Perhaps the skepticism of the judicial services and the forensic community regarding this scale of evil comes from its own origin. Between 2006 and 2008, the American Discovery Channel showed a program called “Most Evil”. In it, Dr. Stone analyzed the profiles of several murderers, serial killers and psychopaths. He in turn investigated hundreds of criminal files, addressing the methods and motivations.

Likewise, and through numerous interviews conducted with countless criminals in prison, he was able to show the public how and in what way his famous classification tool was created.

“The scale of evil fascinated the audience almost instantly. It is made up of 22 levels and variables such as education, genetics, neurological problems or environmental factors that can determine these violent acts are taken into account”.

However, what many experts saw on this scale was little more than pure sensationalism. However, the subsequent works of Michael Stone show a meticulous and thorough approach in the field of forensic psychology. He also shows exceptional care when trying to explain what is going on in that sinuous and perverse labyrinth of the criminal mind.

Let’s pose a simple question. What do we mean by evil? What happens if a man kills another man in self-defense? And what about if a woman meticulously plans the murder of her attacker – a person who had abused her? Do we consider these acts as reflections of “evil”? Is there, perhaps, a “borderline”?

We have all surely at times in our lives judged some actions as justifiable, others as understandable but not justifiable, and others as incomprehensible. We all have the potential to be violent and aggressive, but there are nuances, there are degrees, levels, trends and dynamics that Dr. Michael Stone himself wanted to define.

The crimes of Charles Manson, Ted Bundy, Jeffrey Dahmer, John Wayne Gacy, Dennis Rader and other high-profile assassins are so frightfully horrible that most people would not hesitate to call them “evil”, but … do they all belong to the same category of “evil”?

So then, what differentiates one crime from another? Where is the borderline between what is understandable and what is not? What is the influence of our personality, genetics, how we were raised and the social context we have grown up in? These and other factors are what helped Michael Stone to build his scale of evil with the following 22 levels:

Level 1 refers to simple self-defense. In this case, there are no traces of psychopathy and Dr. Stone himself concludes that these people lack any form of evil.

Second group: Malice out of jealousy and hatred

In this second group, Dr Stone included all those who commit murders through jealousy, those who are out for revenge and those who act as accomplices, and even take part in a violent act. We should also note that, although many of these people show narcissistic tendencies and considerable aggression, they don’t exhibit psychopathic traits. Let’s look at them in detail.

Level 2: Crimes of passion committed by immature or self-centered people.

Level 3: A very striking example of this level on the scale of evil is Leslie Van Houten. This woman was a member of the “family” of Charles Manson. A woman who was able to kill simply because Manson ordered her to.

Level 4: People who kill in self-defense but who started the aggression in the first place.

Level 5: Traumatized people (who mostly suffered from abuse) and who, driven by rage, have no qualms about taking revenge.

Level 6: Impulsive murderers who are driven by occasional attacks of uncontrolled rage.

Level 7: Very narcissistic individuals who kill out of jealousy.

There is an blurred borderline where experts have great difficulty in diagnosing the psychopathic profile. In this third group Dr Stone brought together all those who committed violent acts, but were acts that couldn’t be directly traced to a psychopathic personality (although there may be specific or temporary features that come close to it).

Level 8: People who show a high level of repressed fury. They are people that only need a small excuse or a certain situation to “explode” and commit a violent act.

Level 9: At this level on the scale of evil we have jealous lovers who exhibit certain psychopathic traits.

Level 10: Here we have the classic “assassins”, people who kill in cold blood for money or who are capable of “getting rid” of people who get in their way. They are self-centered but don’t have a psychopathic personality.

Level 12: People who kill when they feel cornered.

Level 13: Here we have psychotic killers who kill out of pure rage.

Level 14: Conspiratorial, Machiavellian, and self-centered people who kill to obtain some sort of benefit.

Level 15: This level includes psychopaths who in a fit of rage can kill dozens of people in cold blood. An example of this was Charles Manson.

Level 16: Psychopaths who kill, as well as committing vicious acts.

In this last section on the scale of evil we undoubtedly have the last circle of Dante. The most primitive and primal form of evil. Here we are referring to psychopaths incapable of feeling any remorse. The objective behind the murder is the pleasure that that they get from the violent act itself.

Level 17: Serial killers with fetishes and sadistic sexual tendencies. An example of this was Ted Bundy.

Level 18: Murderers who first torture, and then carry out the murder.

Level 19: Psychopaths who first intimidate and instill terror into their victims, and then commit their heinous crime.

Level 20: Psychotic killers whose only motivation is torture.

Level 21: Psychopaths who only seek to torture, not kill.

Level 22: On this last level on the scale of evil we have extreme torturers and psychopathic murderers.

As we have seen, this journey into the depths of evil shows so many nuances that in some cases it isn’t easy to classify a murderer or the architect of a violent act.

Many of us will agree with the scale more or less. Others will recognize the usefulness of it to classify levels of evil. But some will see it as tending towards sensationalism. However, what is clear from the scale of evil is that we are understanding the criminal mind more and more and have better tools to analyze it. What we need to do now is to provide more resources for our society to avoid committing these acts, many of which come from cases of inequality, deprivation or uprooting.

What Goes On Inside The Mind of Psychopath?
The word "psychopath" immediately directs our minds face to face with several icons of modern culture. Not all of them would be consistent with the pathology in question, but in general, film, television and literature are taken over by real and fictional characters that cause fascination, fear, curiosity and rejection at the same time. Read more »
Link copied!
Interesting Articles
Forensic Psychology
The Psychology of the Witness