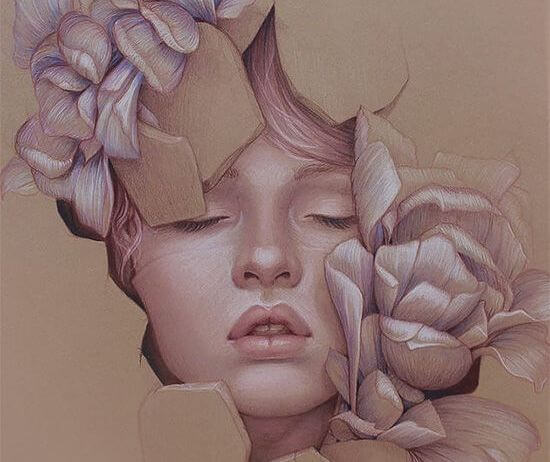 In terms of aggression, there are two basic classes: overt and covert. In the case of overt aggression, the aggressive behavior is direct and palpable. It’s obvious to everyone.

In the case of covert aggression, the aggressive behavior is more subtle and hidden, or in other words, camouflaged and deceiving. And it usually comes with a certain amount of manipulation.

“There are three primary poisons: passion, aggression, and ignorance.”

The essential difference between the two is in the way the aggressor’s intentions are manifested. Below, we present 5 signs that can help you identify covert aggression.

1. Lies: when the truth is too big for us

This is perhaps the most obvious form of covert aggression, the most common way to commit violence against another person. It’s the act of falsifying, more or less, some truth related to the other person.

If someone is hiding something, whether by telling a lie or keeping quiet, it might be due to fear of or desire to avoid reality. They do so presumably without the permission or consent of the recipient of the aggressive behavior. Lies can be either serious or mild, but they’re still lies.

When the truth becomes known and the aggression is discovered, usually a conflict occurs, or else there would be no reason for a misunderstanding.

This demonstrates that there are times when the truth is bigger than ourselves and it ends up crushing us. This is a vicious cycle that is present in a countless number of social relationships, and it slowly deteriorates and even consumes them.

2. Blame: being your own victim

This is when we play the role of “victim” in a conflict. We feel, or want to feel, like we’re the true object of injustice, which originated in the other person or group of people involved in the dispute.

This is a typical way to evade responsibility. When we put ourselves in the context of helplessness and powerlessness, where the only way we see possible to “win” the fight is to blame someone else for it, which ends up being more convincing than the actual facts.

The script goes like this: if I look like a martyr in this situation, whether I’m aware or unaware of it, others will feel compassion for me and obey my every whim.

Paradoxically, this is the weakest way to be the strongest: one becomes stronger in their weakness than in their strength. Making other people feel guilty evidently “works,” and is a covert way to attack others, to manipulate them.

3. Embarrassment: using the power of minimizing others

This is when we dehumanize someone, perhaps in order to feel above them or ridicule them, while hiding any possible rejection or resentment that we feel for them. It’s an arrogant power that takes advantage of someone else’s weaknesses, mistakes, or deficiencies.

Whenever we embarrass another person, we step on them, in an aggressive and even crushing way. We do this either because we want to feel better than other people, or because we reject that person specifically. Or even sometimes for both reasons.

For example, when someone is ridiculed in public, you can make fun of that person and make it seem like a simple joke, but maybe it’s actually much more complex than that: the real reason could be to look better than them and to substantially attack them.

4. Seduction: playing with the ego

This is when we flatter or impress other people for our own objectives: we take advantage of their weaknesses, generally related to their ego, so that we can achieve some sort of goal.

The aggression lies not in the possible good time that we could have with someone, but in playing with their feelings to disguise the situation, to achieve a selfish goal or ulterior motive.

Such false flattery plays with the uncertainty of the ego, as it very likely originates in a lie that the other person believes in some way. Or it could even come from a supposed truth that gets exaggerated.

This is, without a doubt, a ridiculous game that won’t succeed, in which both people lose. This kind of covert aggression is used in order to manipulate people, and as a consequence, to use people as if they were an object or a means to an end.

5. Absence: when you’re there but not present

In this last case, even though the person is physically, mentally, cognitively, or emotionally there, they seem far away from the situation or the object of conflict, behaving as though they don’t care about anything. They seem to be thinking, “you can take your opinions and complaints somewhere else.”

You can see this behavior in their attitude, their silence, in the way they won’t look at the other person directly. They act the annoyed with listening and paying attention to what the other person is saying, responding with short phrases, with little comebacks or arguments towards the subject of the dispute.

Lastly, on the subject of covert aggression, it’s worth saying that the behavior of a “good manipulator” will never be obvious. And that whoever manipulates is hiding something; they need something that they can’t or don’t want to get by themselves.

Understanding how the brain works is one of the biggest challenges in the field of psychology. Thus, different approaches and perspectives exist. In fact, there was a revolution after the…

Psychology
Prenatal Psychology: The Importance of Building a Healthy Bond with the Baby

Honesty in childhood is important for the development of emotional intelligence. For example, when a child breaks a plate, their…

Is it possible to change and stay the same? How many times has someone told us to "never change"? In that…

Psychology
I Can’t Do It!: The Fear of Failure