The Randomness of Life: How to Accept the Unexpected

Scientists say that our universe is governed largely by randomness. However, if there's one thing we have trouble accepting, it's the unexpected. So, in the midst of the randomness of life, you must never lose sight of your purpose and learn to accept the unexpected. 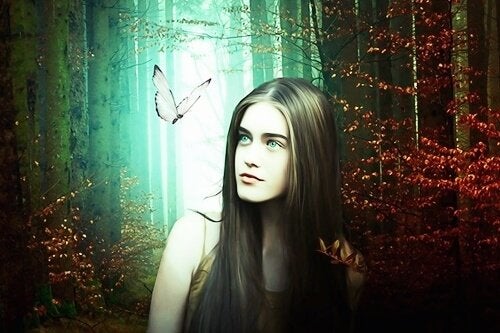 Your life is governed by many variables and factors… and one of them is randomness. Despite the fact that you take for granted that you have a firm hold on your reality, you’re actually mostly in the grip of chance. However, it’s very difficult for us to accept the unexpected.

Kurt Vonnegut Jr., a science fiction writer, used to say that in a world that isn’t ruled by order and predictability, we’re obliged to know how to handle chaos ourselves. But, of course, we need to do this without letting that chaos into our worlds. However, even though this feeling that fate is often capricious and puts us in situations we could’ve never foreseen, it isn’t something we often experience.

Many people live pretty much without a care in the world for years, with the feeling that everything seems to be in its rightful place. We lead our normal lives, go to work, socialize, spend time with friends and family… and chaos seems a long way away. Then, suddenly, something happens or changes, and we’re suddenly face to face with change and have to accept the unexpected.

These are the times when you need capacities, abilities, and mental approaches that you’ve never used before. Strangely, there are those who seem to be able to respond perfectly. It’s as if they’ve got some sort of subroutine or code written into their genetic code or in some hidden corner of their brain, ready to be activated in the face of adversity. And they always seem to be able to respond in the best way.

The difficulty of accepting the unexpected

There are days when the sun couldn’t be brighter and the sky couldn’t be clearer. However, nothing can prevent the darkness from suddenly appearing in a matter of seconds. Sometimes, the storm hits in an instant but, sometimes, you get some warning clouds that tell you that a storm is on the way. Under these circumstances, there’s no point in complaining. You just have to take cover.

Sometimes, stability rules the day. Everything on your schedule is fulfilled; every project, appointment, trip, and project occurs without a hitch. However, without warning, something unexpected can happen.

The worst thing about unforeseen events is that they never come alone; they usually bring more changes and uncertainties with them. In the midst of these situations, there’s no point in complaining, having regrets, or standing still. You have to respond and act.

However, this isn’t an easy matter for many of us, for a variety of reasons. Let’s have a look at some of them.

How can you accept the unexpected if your brain doesn’t tolerate randomness? This exceptional organ has an almost obsessive tendency to look for patterns and learn from experience, in order to help you react better and better in your day-to-day life. It likes to have everything under control.

Any unexpected event or unknown stimulus that it hasn’t previously encountered or experienced activates an alarm system and is interpreted as a threat.

But does the fact that your brain is programmed this way mean that you’re unable to react to chance or chaos? The answer is no! You have the ability to deal with these kinds of circumstances. And, surprising as it may sound, we’ve actually done quite well over time.

We’re naturally creative beings, with great psychological resources to innovate, react, and overcome adversity. This is how we’ve managed to survive over the centuries, and this is how we’ll continue to move forward despite the changes and the inevitable fear generated by the unexpected.

“Uncertainty is where things happen. It is where the opportunities — for success, for happiness, for really living — are waiting.”

Accept the unexpected by remembering your purposes

Science often tells us that life is an accidental by-product in a random universe. Let’s also remember what well-known physicist Werner Heisenberg said: “What we observe in matter are not things (or particles) but waves of probability”.

This idea helped him formulate his famous theory of the uncertainty principle, in which he stated that it’s impossible to measure or predict the position and motion of a particle. However, we can make conjectures.

However, even in the world of quantum physics, there’s always a small percentage of chaos. In fact, something that Heinseberg pointed out is that, in an uncertain world, we must always be prepared for the unexpected.

This fact of life is neither good nor bad. It’s simply reality. There are always those who take advantage of it and have no problem accepting the unexpected and moving forward in a courageous and creative way.

Others, on the other hand, are paralyzed by the experience. Why is this so? Because people are often immersed in relatively peaceful and change-free lives for years. Their minds feel totally capable of predicting what’s going to happen until, suddenly, the black swan – which writer Nassim Nicholas Taleb told us about – comes onto the scene.

So, how can you deal with the inevitable factor of uncertainty in your daily life? Let’s look at some areas you can reflect on.

The exercise of accepting and facing the unexpected

You need to accept and face the unforeseen by considering the following:

In conclusion, to accept the unexpected, no matter how bad the situation, you have to be brave. If you simply stand still, lamenting that element of chaos in your life, then your suffering will be greater. You must be proactive and resourceful, able to rationalize your fears and put your emotions and creativity to work in your favor.

Surprise: A Fleeting and Unexpected Emotion
Surprise is an oft-forgotten but intriguing and unexpected emotion that people experience when life catches them off guard. Read more »
Link copied!
Interesting Articles
Emotions
Adults Also Have Tantrums

Emotions
Fear, Sadness, and Frustration: The Most Common Emotions during Lockdown

Fear, sadness, and frustration. We wouldn't be wrong if we said that these are the three most common emotions during…