All about Heisenberg's Uncertainty Principle 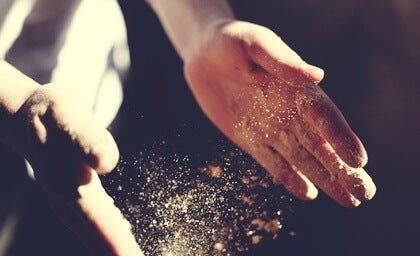 Heisenberg’s uncertainty principle states that simply observing a subatomic particle, such as an electron, will alter its state. This phenomenon prevents individuals from knowing exactly where it is and how it moves. Likewise, this theory of the quantum universe can also be applied to the macroscopic world to understand how unexpected reality can be.

Often, people say that life would be very boring if it were possible to accurately predict what’s going to happen at all times. Werner Heisenberg was precisely the first person to demonstrate this to us scientifically. In fact, thanks to him, people learned that everything is intrinsically uncertain in the microscopic tissue of quantum particles. As uncertain or even more so than reality itself.

Werner Heisenberg came up with this principle in 1925 when he was just 24 years old. Eight years after this formulation, the German scientist won the Nobel Prize in Physics. Thanks to his work, modern atomic physics developed. Now, it’s important to mention that Heisenberg was more than a scientist. As a matter of fact, his theories contributed to the advancement of philosophy as well.

Moreover, Heisenberg’s uncertainty principle is also an essential starting point to better understand the social sciences and the area of ​​psychology that allows people to understand how complex reality can be.

Heisenberg’s uncertainty principle: What’s it about?

We could sum up Heisenberg’s uncertainty principle in a philosophical way. Basically, in life, just as in quantum mechanics, we can never be sure of anything. This scientist’s theory showed that classical physics wasn’t as predictable as everyone thought.

In fact, it helped people see that, at the subatomic level, it’s impossible to know where a particle is, how it moves, and what its speed is at the same time.

To better understand this, here’s an example:

We’re going to use a simile in order to better understand this idea. A scientist is like a blind person who uses a medicine ball to know how far a stool is and learn about its position. He throws the ball everywhere until he finally hits the object.

However, that ball is so heavy that what he manages to do is hit the stool and change its position. He may be able to measure the distance but he won’t really know where the object was in the first place.

Additionally, Heisenberg’s uncertainty principle shows an obvious fact. People exert influence on the location and speed of small particles. Thus, this German scientist, who was also inclined to philosophical theories, used to say that matter was neither static nor predictable. According to him, subatomic particles weren’t “things” but trends.

In fact, sometimes, the more sure a scientist is regarding the position of an electron, the more distant it is and the more complex its movement is. The mere fact of proceeding with a measurement already produces a change, alteration, and chaos in that quantum tissue.

For this reason, after understanding Heisenberg’s uncertainty principle and the observer’s influence, the creation of particle accelerators arose. Now, we must note that currently, studies such as the one conducted by Dr. Aephraim Steinberg of the University of Toronto in Canada point to new advances. Although Heisenberg’s uncertainty principle is still valid (that mere measurement alters the quantum system), very interesting advances are beginning to be made in the measurements by controlling polarization a little bit better.

We mentioned this at the beginning. One can apply Heisenberg’s uncertainty principle to many more contexts beyond quantum physics. After all, uncertainty is the conviction that many of the things around you aren’t predictable. This means they’re beyond your control or, even worse, that you alter them yourself with your own actions.

Thanks to Heisenberg, it was possible to set aside classical physics (where everything was under control in a lab) to suddenly give way to that quantum physics where the observer is both a creator and a viewer all at the same time. In other words, the human being suddenly acts on their context and is capable of promoting new and fascinating possibilities.

This principle, as well as quantum mechanics, will never give out a single result before an event. When the scientist observes, multiple possibilities appear before him. Trying to predict something with exactitude is almost impossible. Curiously enough, Einstein disagreed with this aspect. He didn’t believe chance ruled the Universe.

However, as of today, many scientists and philosophers still find Heisenberg’s uncertainty principle fascinating. Calling on this unpredictable factor in quantum mechanics makes reality less deterministic and, on top of that, makes the human being feel freer.

“What we observe is not nature itself, but nature exposed to our method of questioning.”

The Quantum Mind: How We Can Transform Our Reality
We all have the power to transform our reality and choose the hopes we nurture. But, it's necessary for us to understand what the quantum mind is first. Read more »
Link copied!
Interesting Articles
Philosophy and Psychology
Achieving Nirvana: The State of Freedom