The Origin of Psychology: History, Authors, and Models

The origin of psychology dates back centuries. Today, we'll take you on a journey through the history of this fascinating discipline and learn about some of the milestones and authors who made it what it is today. 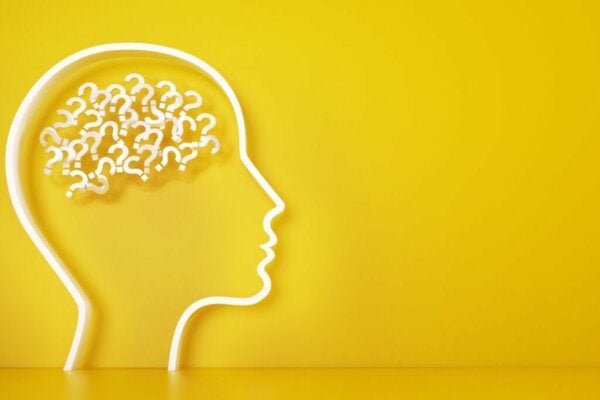 Today, psychology is considered a consolidated science, though it continues to evolve and be influenced by a wide variety of disciplines. Thanks to psychology, we have a deeper understanding of our own knowledge and the way our brains work. But have you ever wondered about the origin of psychology?

What about the origin of psychotherapy? When did it all begin? As you’ll see, the two concepts are closely linked. In today’s article, we’ll share some of the most important historical milestones in the field of psychology. They’ll help you understand its origin, evolution, and current state. Curious? Keep reading!

The origin of psychology

The history of psychology is extensive, full of fascinating people and events. Today, we’ll focus on the most important milestones in the development of what we understand today as psychology. These helped lay the foundation for psychology and psychotherapy in general.

The origin of modern psychotherapy

If you want to talk about the origin of psychology, you have to take a trip back to before it began. Between the 4th and 5th centuries BC, the first tribal societies in Greece and the ancient world were formed. At the time, people attributed everything related to the human psyche with supernatural metaphors and magical explanations.

People believed that physical and mental illness was due to possession of the soul, and exorcism was often the “cure” of choice. This approach, while rather inappropriate (and ineffective), was the origin of modern psychotherapy. Here, you can already see evidence of humans categorizing certain thoughts and behaviors as “abnormal”. The first philosophers, such as Pythagoras, Plato, and Aristotle, also came out of this era.

Later came Hippocrates (in the 4th century BC) and Galen (in the 2nd century AD). Hippocrates suggested that illness was the product of the internal states of the body. He proposed the theory of the four humors and established the following relationship with human temperaments:

Hippocrates believed that, when these four humors are in balance (crasia), you’re in good health. An imbalance in the four humors is dyscrasia.

The Middle Ages, the Renaissance, and the modern age

In the Middle Ages, western religious thought argued that mental illness was the work of the devil. Saint Augustine wrote about spiritual exercises to achieve personal change through confession.

In the modern age, Gassner made a distinction between preternatural and natural illnesses. The former were treated by priests, and the latter by doctors.

The beginnings of psychotherapy

Van Helmont came up with the theory of animal magnetism or mesmerism, and Mesmer outlined the theory of magnetism. The main pillars of these doctrines were electricity, magnetism, and astronomy. The main idea was that a person could achieve balance by restoring the equilibrium of their fluids, which were altered by disease and mental illness. They believed that you could treat people first with magnets, and then with their own body fluids.

“Know all the theories, master all the techniques, but as you touch a human soul, be just another human soul.”

After magnetism came hypnosis, which came out of the union of prepsychological healing and psychoanalysis. There were two main schools of hypnosis: The Nancy School (Lièbault and Bernheim) and the Salpetriere School (Charcot and Janet). In fact, the most common therapeutic procedure of the 19th century was hypnosis. More specifically, hypnotic suggestion.

Later Binet (1889) contributed to the field with his work on hypnosis and hysteria. W. James (1890) laid down the principles of psychology, and J. Benedikt (1892) started treating patients in a state of awareness.

From the cathartic method to psychoanalysis

Other methods from that age that help us understand the origin of psychology are the so-called “cathartic method” and psychoanalysis (which is still used today).

Breuer came up with the cathartic method, which was essentially a way to relive and eliminate pathogenic emotions related to traumatic events through hypnosis. This was all before Freud. When Sigmund Freud came onto the scene, he came up with concepts such as transference, resistance, the pressure technique, defense, etc.

The development of psychotherapy and the current state of psychology

We’ve arrived at the beginning of psychotherapy as we understand it today. Wundt started to differentiate between scientific psychology and applied psychology. With the arrival of World War I, psychoanalytical and projective techniques come into their own because people were unsatisfied with psychometric approaches. In the 20th and 21st century, we have:

In conclusion, a great number of authors, techniques, and procedures have made their mark on the evolution of this scientific discipline.

Today, there are between 250 and 300 psychotherapeutic models. The tendency, however, leans toward eclecticism, or the combination of different theories in an attempt to create a common framework.

As a result, the variety of approaches is simultaneously the Achilles heel and the strength of modern psychology. It can respond to the needs of very different people, but it also causes a lot of confusion and can be intimidating.

In recent years, there has been an increase in cognitive models. Behavioralism is still around, humanism has come into its own, and the system model is still evolving (as are others).

“Psychology can’t tell people how they ought to live their lives. It can, however, provide them with the means for effecting personal and social change.”

Pierre Janet, one of the Founding Fathers of Psychology
Pierre Janet was one of the founders of the French school of thought that would come to be known as psychological analysis. Read more »
Link copied!
Interesting Articles
Educational Psychology
Piaget's Concrete Operational Stage

Bullying has unfortunately become an enormous problem in schools. Places where young kids mistreat their insecure classmates who have acne on their faces, or who aren't the most attractive kids…

Psychology
Stress and Personal Space - When People Invade Your Privacy

Personal space is a private, intimate, and exclusive territory which nobody can invade or claim. The term personal space not…

Psychology
What Is Polyamory?

Have you ever felt like you were in love with two or more people at the same time? Maybe you thought that you wanted to have a sexual and romantic…