Abraham Maslow: Biography of the Man Who Believed in Human Potential

Like most pioneers, Abraham Maslow came up with theories that revolutionized the academic world, but were initially rejected by more conventional psychologists. 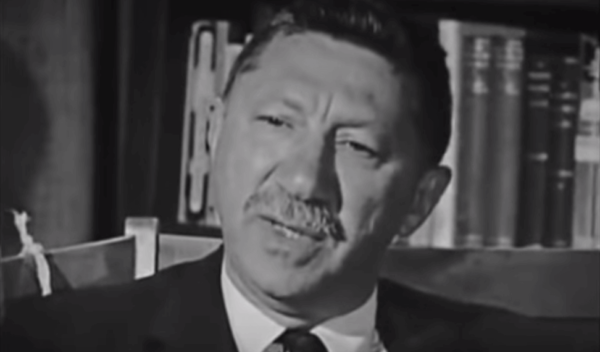 Abraham Maslow was one of the two founders of humanist psychology. This approach is based on the needs and self-actualization of human beings. In fact, his self-actualization theory and hierarchy of needs were especially relevant then, and continue to be a part of psychology programs in universities everywhere.

Maslow decided to study the psychology of a healthy person. He did it to complement the work of psychoanalysts and behavioralists who focused entirely on people who behaved neurotically.

Maslow was a brilliant psychologist who dedicated his life to his studies and broke with the conventional psychology of the time. He was an innovative thinker who opened up many possibilities within his field. As often happens with those who come along and upend mainstream thinking, conventional psychologists initially rejected Maslow’s revolutionary ideas.

Today, we’ll talk about the life of a man whose work influenced fields as diverse as education and business.

The life of Abraham Maslow

Abraham Maslow was born in Brooklyn, New York, in 1908. From what we know of his childhood, it seems like he wasn’t very happy. He was a solitary child, and his classmates rejected him because of his Jewish origin. Maslow spent his childhood immersed in books. His parents were very strict with him and focused on his education. Consequently, he became a brilliant student. Maslow started to study law at City College of New York. He eventually changed his mind, however, when he discovered his passion for psychology.

Maslow transferred to the University of Wisconsin-Madison, where he got his doctorate in 1934. That same year he published his first hierarchy of needs, though he would finish it later. The next year, he returned to New York and spend time working with Alfred Adler. Adler would later become Maslow’s mentor.

From 1935 until 1951, he worked as a professor in New York University in Brooklyn. After that, he moved to Brandeis University, in Boston, where he directed the Psychology Department and worked with Kurt Goldstein. It was during this stage of his life that Abraham Maslow conducted several studies and finished developing his hierarchy of needs. By then, people considered him to be a leader of humanist psychology.

Abraham Maslow always greatly admired people that he believed were exceptional. Maslow rejected the idea that there was only one way to study human psychology.

His proposal was to integrate behavioralism and psychoanalysis into a broader, more holistic system. Also, he wanted to include non-neurotic people. Contrary to what many people believe, Maslow wasn’t against behavioralism or psychoanalysis. He interpreted humanism as the missing piece of these two schools of thought.

His focus was on human growth and the pinnacle of human development, which he called self-actualization. A self-actualized person was someone who fully developed their potential. Maslow, along with Gordon Allport, Carl Rogers, Victor Frank, and Eric Fromm, among others, created what psychologists know as the “third force”. The humanist movement argues that it’s essential to help people discover themselves. Essentially, humans are conscious and capable of free choice. Humanism bases its precepts on human dignity.

Maslow’s self-actualization theory argues that an individual is an integrated and organized whole. He also believed that each person has some hierarchical needs that they have to meet. These are physiological needs, emotional needs, and self-actualization needs. He organized them in the form of a pyramid. At the base of the pyramid are the physiological needs. Then, the need for safety, emotional needs, and self-esteem. Up you go, until you get to self-actualization, which is at the top of the pyramid. Maslow believed that the goal of therapy should be the integration of the individual as a human being.

In conclusion, Maslow argued that need is what drives human beings. He used the term “meta motivation” to define people who explore beyond their basic needs to reach self-actualization. He also coined the term “peak experience”. This, according to Maslow, tends to happen to self-actualized people in intense movements in which they feel especially alive and immersed in their own experience. Maslow recorded his ideas in books such as Motivation and Personality (1954), Toward a Psychology of Being (1962), and The Psychology of Science (1966).