What's personality? How is it defined by personality psychology? What does your personality consist of? We'll answer these questions, as well as others, in this article. 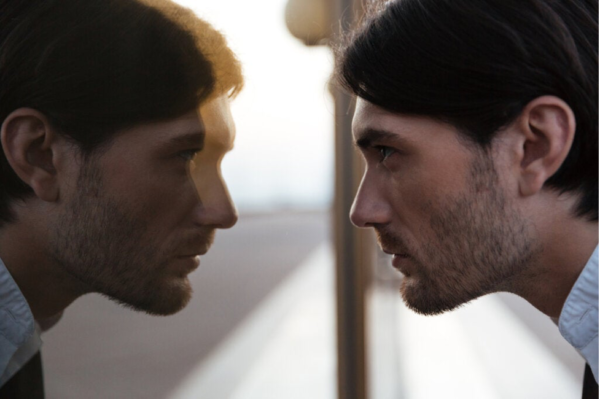 But what’s personality? Is it just related to our actions, for instance, or also to our inner world (our thoughts and memories)? In fact, it’s related to all of this and much more.

“All of our experiences fuse into our personality. Everything that ever happened to us is an ingredient.”

We might understand the concept of personality in various ways. However, we generally understand it as a hypothetical construct deduced from the way people behave. Therefore, personality encompasses a series of characteristic traits. Furthermore, it includes the way you feel or think and it’s forged throughout your life. This is due to your various experiences, particularly those in your childhood and adolescence.

Bermúdez proposed one of the most complete definitions of the concept of personality in 1996. He suggested that “Personality is a relatively stable organization of structural and functional characteristics, innate and acquired under its special conditions of development, which make up the peculiar and defining system of conduct with which each individual faces different situations”.

But what’s personality for? As well as defining yourself as the unique person you are and helping you build your identity, personality is what allows you to successfully adapt to your environment. In other words, it has certain adaptive characteristics.

We consider American psychologist Gordon Allport (1897-1967) one of the most significant authors in this particular discipline. Allport wrote The Personality (1936). In fact, we think of Allport as one of the founders of this branch of psychology. He placed special emphasis on each individual’s unique character. Furthermore, he considered the present context to be more important than that of the past.

What elements does personality contain?

Personality psychology proposes that the concept of personality composes two large groups of behaviors or characteristics. These include:

Therefore, your personality is a distinct construct, which means you’re unique and inimitable. Nevertheless, it’s also true that there are specific personality patterns. These are the tendencies for people to behave in a certain way. These patterns include personality disorders.

Although you have your own particular characteristics, you share other patterns with others. These patterns are called traits. Personality psychology studies these patterns extensively.

How is it studied?

You can use three models to study personality. These models focus on studying behavior in order to establish hypotheses. This is because you can learn a lot about what someone is like from their behavior. The three models are:

Traits are the sets of common characteristics that shape certain personality types. Some examples of traits are positivity, joy, sincerity, transparency, pessimism, and introversion.

We consider one of the most important models in this field is Raymond Cattell’s Big Five model. Cattell suggests there are five major personality factors, and each factor includes a number of personality traits. The five factors are:

As we discussed earlier, your personality is unique. However, certain patterns are sometimes repeated in individuals. This shapes different types of personality. Sometimes, personality types exhibit extreme, dysfunctional, nonadaptive, or normatively deviated traits. These traits are called personality disorders.

Your personality is something that builds over time, especially during childhood and adolescence. However, there comes a time in your life when your personality stabilizes and stays that way for good. Luis Muiño, a psychologist, states that you can change small things in the way you are but your personality is what it is.

Your personality has a genetic basis, but it’s also built on learning, context, relationships, and your lived experiences. In fact, your personality includes everything you are on the inside as well as how you behave on the outside.

The Psychology of Personality: Does Personality Actually Exist?
The psychology of personality is an incredibly interesting subject but also an extremely complex one. Learn about it with us! Read more »
Link copied!
Interesting Articles
Personality Psychology
The Weight of the Open Wound: When Victim Becomes Executioner

People with INFP personality are introverted, intuitive, and perceptive. According to Carl Jung, they're sensitive, creative, and independent. Additionally, they tend…

Personality Psychology
Do You Have an Egocentric Personality?