Destigmatizing mental health goes beyond politics and law. In order to do it, everyone should try to debunk some of the most common myths. 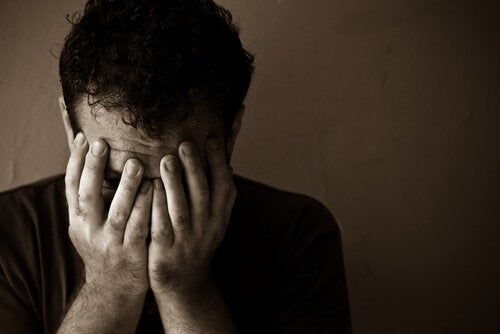 Psychological well-being is often associated to very negative myths. That’s why destigmatizing mental illness isn’t an easy task. You should first start by questioning your own thoughts about mental health. Then, once you overcome the stigmas and the myths linked to it, you’ll see everything from a healthier and judgment-free point of view.

It’s about basically not focusing on mental illnesses and their negative characteristics. To do this, you must approach these situations in a way you’ve never done before.

But first, let’s define what destigmatizing mental illness means, who’s a key component in the process, the challenges that come with it, the origin of stigma, and how to encourage destigmatization.

Destigmatizing mental illness means looking at it from a new perspective. It’s basically trying to see mental health in a different way.

Therefore, destigmatization means giving mental health the importance it deserves while recognizing the disorders associated with it from another point of view.

The Origins of the Mental Illness Stigma

The mental health stigma has developed over time through several different mechanisms. In fact, the stigma is the result of fears, myths, and stereotypes that made it acceptable to discriminate those who suffered from any mental illness.

Even in ancient times, people set mental health apart from other health issues. Mental illnesses were often perceived as negative (for example, people associated it to demons possessions). However, other times it was linked to being a genius or an artist.

Nowadays however, people still look down on those who suffer from mental because of those ancient myths.

On the other hand, physical health has always been more visible. But now society is slowly discovering how important psychology is when it comes to physical health issues and how the two are related. Furthermore, according to the World Health Organization, health is composed of psychological, social, and physical well-being.

Thus, nowadays many other health organizations have tried to preach the importance of mental well-being as a fundamental aspect of overall health. That’s how people’s perspective on mental illness has progressively changed.

The Challenges of Destigmatizing Mental Illness

In order to reduce the stigma associated with mental illness, we should start by debunking some myths:

These myths, born out of ignorance, can end up encouraging discrimination, either because mental illness is seen as something you should be afraid of or because it isn’t deemed important.

What Can You Do about It?

What can you do to help destigmatize mental illness?

The biggest challenge might even be just seeing people who suffer from mental illness as normal. Another thing you must understand is that health is a global concept in which different factors play a role. Therefore, you should try to avoid just believing other people’s opinion in order to help debunk the myths.

Who Can Help the Most?

In order to reduce the stigma, you could intervene in different settings such as:

Although it’s important to use politics and pass information down properly, these measures don’t guarantee long-term changes. That’s why each person should start by trying to better understand and support people with mental health issues. Destigmatizing mental health is a collective effort.

5 Self-Care Habits for Better Mental Health
If you want to learn to take care of your mind as well as you take care of your body, self-care habits are the perfect place to start. Read more »
Link copied!
Interesting Articles
Treatments
How Do Antidepressants Work?

Nitric oxide is a neurotransmitter with amazing functions. For example, it aids our memory, conditions the quality of our sleep,…

In many different countries, universal health coverage remains something isolated and punctual, pretty much a luxury. The reality is that…