Telepathy Between Twins: Does it Exist?

You've likely heard of telepathy between twins. Indeed, it's said that, in some cases, one twin feels exactly the same as the other, no matter how far apart they are from one another. Is this real or just a myth? 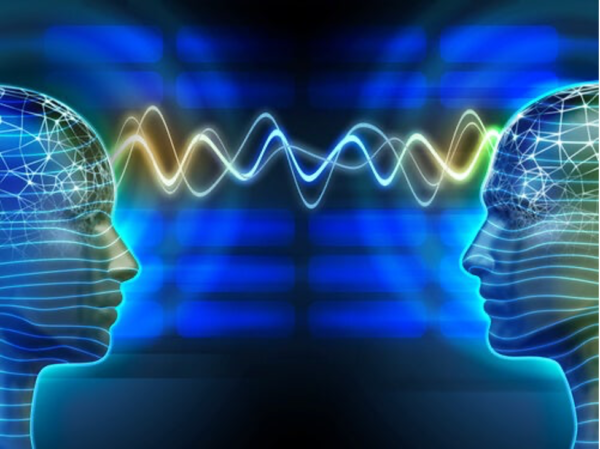 People have been talking about telepathy between twins for a long time. In fact, hundreds of stories seem to confirm that it actually exists. However, it lacks have scientific proof.

Humans are always fascinated with the supernatural and the extraordinary. This is because your mind doesn’t just reason, but it also imagines, and you like to be surprised now and then. In fact, whenever you discover a fact or situation that challenges what you previously believed to be “real”, you probably feel quite excited.

There are two distinct stances on the subject of telepathy between twins. On one side, there’s science, which denies the existence of this phenomenon. On the other hand, there are hundreds of testimonies that contradict science’s perspective. So who do you believe?

“It’s been said that the great events of the world take place in the brain.”

You’ve probably heard a story about telepathy between twins. In fact, some of these testimonies are quite famous.

One of the most well-known cases is that of Martha Williams and Jean Haley. The outstanding aspect of their story is that they both died in pretty much the same way and just a few minutes apart. They were 97 years old and both stumbled, fell, and subsequently died. One of them fell on a step and the other slipped on a rug when she went to help her.

They lived together and were discovered dead the next day. They’d both died from hypothermia. This was, without a doubt, a striking coincidence. However, nothing suggests it was a supernatural occurrence.

There are hundreds of other testimonies regarding telepathy between twins. While they may not be as dramatic as the first example, they’re still interesting. One such claim is that, if one twin feels pain, the other one also feels it in the same body part.

Another claim is that one twin knows when the other’s at risk, no matter how far apart they are. One mother stated that one of her twins was crying because his knee was hurting. The pediatrician examined him but found nothing. Then, he examined the other twin and discovered that he had a knee infection. Therefore, one twin was sick but the other had the symptoms.

Child psychologist Coks Feenstra published The Great Book of Twins and Multiples in 1999. In this book, she tells of hundreds of cases of telepathy between twins. In some cases, one knows the other’s going to call. In other cases, they buy exactly the same thing on the same day, even though they’re thousands of miles apart.

What does science say about telepathy between twins?

Science claims that telepathy doesn’t exist. Consequently, there’s no scientific evidence of telepathy between twins. One interesting fact is that, although there are approximately 100 million pairs of twins in the world, only very few have reported telepathic experiences.

The University of Cambridge conducted a survey with 663 pairs of twins. The researchers concluded that shared parenting and similar genetics made them very similar in the way they reacted to real-life situations. However, that similarity didn’t exceed 65%, even in the areas where the twins were most alike.

Traditional science dictates that, for a phenomenon to be considered valid, it must occur over and over as the circumstances remain the same. However, in the cases of twins, this doesn’t happen. In fact, there are many more twins who don’t feel connected by anything more than simply being siblings and having a shared history, than those who do feel that special connection.

Of course, just because science says it isn’t true doesn’t mean that it doesn’t exist. However, science requires data to support any research. This doesn’t mean that those who believe in this phenomenon are lying. Perhaps they simply interpreted facts in accordance with their own hopes and dreams. This isn’t a bad thing as long as it doesn’t negatively impact their life.

Identical and Fraternal Twins: Biological and Psychological Differences
We'll clear this little confusion by debunking some myths about identical and fraternal twins. First we will define the two kinds of twins. Read more »
Link copied!
Interesting Articles
Curiosities
Why Is Yawning Contagious?