The Neuroscience and Impact of Mistrust

According to experts, this culture often feels the impact of mistrust. People no longer trust institutions nor the information they receive, especially when it comes to certain people. It all manifests in a very specific type of stress at the brain level. 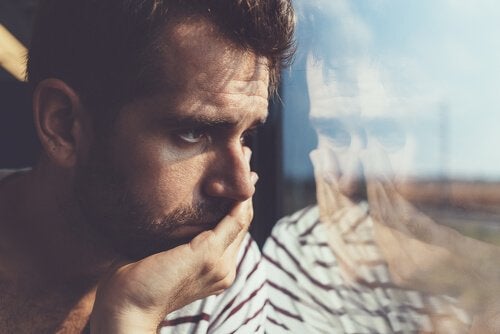 The neuroscience of mistrust indicates that the brain innately allows humans to detect dangers and threatening stimuli. In fact, the mechanism evolved a little more in recent years. Certain phenomena, such as fake news, continue to strengthen the impact of mistrust.

But is it true that humans are increasingly distrustful? It’s definitely possible, although there are no benefits to it. It’s true that people must learn to walk with their feet well-planted on the ground and use their filters to separate truths from lies. However, nothing is as sad as a lack of confidence in the world. This is because it only leads to distancing from others. Mistrust doesn’t allow you to believe in your institutions and may also feed conspiracy theories.

In addition, the feeling of mistrust drains your psychological health. This is something very few people talk about. Even though the human brain has mechanisms to detect risks and threats, social connection is its actual priority. Human beings are gregarious creatures who need to group in order to survive, interact, laugh, cry, share, and build, etc.

The impact of mistrust is that it’s stressful and builds walls that deter connection. Human beings are capable of the best things when we work together. But only when we can combine synergies and common trust as a mechanism for advancement.

“Never trust the advice of a man in difficulties.”

The neuroscience and impact of mistrust

Here are a few examples to understand what the neuroscience of mistrust is about. Who hasn’t fallen for a fake news trap at least once? Someone sends you a note and you read it. Since it’s surprising, you think it’s valid and forward it to others. Then, soon enough you find out it’s fake and it makes you feel naive. Thus, it really bothers you.

But if it happens to you a few more times, something changes. You become skeptical and less receptive. This is because, deep inside, you’ve changed.

Something similar happens in your relationships. When someone significant violates your trust, you may feel a sort of sting that goes beyond anger and annoyance. This is because what you’re really experiencing is emotional pain.

These two situations reveal that emotions vary at the cerebral level. Thus, negative and uncomfortable feelings don’t only impact your mood.

You can even change your behavior. This is because you become stricter when it comes to believing the news and no longer trust people, mainly to avoid further disappointments. Ok, that sounds fine but, what does the neuroscience of mistrust indicate?

Trust and mistrust impact different parts of the human brain

One could talk about there being a trusting brain and a suspicious brain. The first is located in the area of ​​the prefrontal cortex, the area where processes such as higher thinking, executive functions such as attention, reflection, deduction, discernment, and empathy, among others, happen.

Mistrust makes you more cautious. However, in some cases, it also leads to an inability to reflect, reason, and see things under a wider perspective will lead you to be inflexible and even display aggressive behavior in order to block the object of your mistrust.

Dimensions one must attend to in the “culture of mistrust”

You may, in fact, live in the midst of a culture of mistrust and find it difficult to believe in everything you read and hear. As we stated at the beginning of this article, this kind of perception isn’t only sad but highly negative for yourself and for society in general.

For this reason, the neuroscience of mistrust indicates that you must try to reverse it. This is because there’s a big price to pay for experiencing this sensation as the brain experiences it as stress. Not being able to trust those around you, the daily news, your leaders, and public institutions plunges you into a state of constant uncertainty and discomfort. You’re always on the defensive.

Reflections on the impact of mistrust

To conclude, there’s nothing more important in times of difficulty that to trust one another. It’s as vital as oxygen for human beings. Only you can be trusting. Dare to give it another chance!

Jealousy and Passive-Aggressiveness
Jealousy and passive-aggressiveness go hand in hand. From a psychological perspective, these emotions are complex and potentially lethal for a relationship. Read more »
Link copied!
Interesting Articles
Curiosities
The Difference between Human and Fundamental Rights

Culture
How to Maintain Intimacy With Your Long Distance Partner

Intimacy is defined as an intimate and reserved spiritual zone of a person or group, especially of a family. An…

Culture
Being an Authentic Person: When What I See in the Mirror is My True Self

We're used to living in a world of fake images, futile attempts to be someone we're not, and intense pressure…

Nutrition is really confusing. As of now, there are so many theories, false information, and different points of view on…

In recent years, a lot of people have discussed the advantages and disadvantages of assigning homework to children. Does assigning more homework increase the effectiveness of education? In this article,…