The Bandwagon Effect: Following the Majority 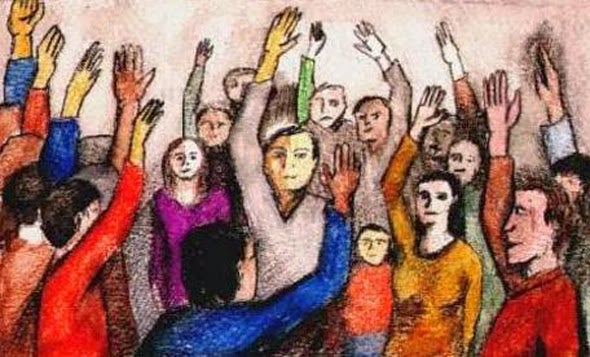 Like Facundo Cabral once said, “we should just eat grass, millions of cows can’t be wrong.” He’s referring to the irony of following the majority without thinking critically about it. In other words, following other people just because they’re the majority. This is a cognitive bias known as the bandwagon effect.

More precisely, the bandwagon effect is the belief that something is true just because the majority of people think it’s true. People who fall victim to this cognitive bias do not base their judgment on evidence or logical reasoning, but rather the power of the masses. If that many people think that way, then it must be true.

“Curiously, the voters did not feel responsible for the failures of the government they voted for.”

Politicians know the power of the bandwagon effect best. There are hundreds of studies that show how politicians take advantage of this faulty reasoning to impose “truths” on us that aren’t true at all. It occurs quite frequently during the election process. People come to believe that the candidate who’s leading in the polls is the best one, even if they don’t know anything about their platform or the validity of their assertions.

The origins of the bandwagon effect

The first person to consciously use the term “bandwagon effect” was North American actor Dan Rice in 1848. During that year’s presidential campaign, Rice used the expression “jump on the bandwagon” to mean “get on board with everyone else.” This is how he helped president Zachary Taylor rise to power.

During this time, it became clear that a phrase like that had an enormous power to increase the already large masses. This created a huge domino effect, or in other words, was contagious. People wanted to be up to date and be a part of current trends.

Little by little, people began to understand that the bandwagon effect could result in enormous political benefits. People always want to be on the winning team. Therefore, they can just join whoever is gaining more followers, whether it’s a politician or some other person. This creates a climate where everything reinforces the person in the lead.

The bandwagon effect and the argumentum ad populum

An argumentum ad populum is a false assertion that nonetheless represents the majority opinion. When talking about the subject, Carl Sagan mentions a time when he was rebuked by a taxi driver. The driver asked him if he believed in UFOs and Sagan responded that he didn’t. The driver’s reaction was rejection and skepticism.

The driver believed that Sagan was hiding his true opinion. If he had said that he believed in aliens, even though it would be a lie, he would have received the driver’s approval.

Therefore, this type of argument is closely related to the bandwagon effect. Politicians and marketing experts almost always try to simply tell people what they want to hear. It doesn’t matter whether it’s true or not. What they care about is reflecting popular opinion and thereby winning the sympathy of the majority.

The risks of the bandwagon effect

But it’s not that easy for the people in power. It’s not enough to just tell lies that everybody wants to hear to win the majority vote. The bandwagon effect is a double-edged sword. Becoming the most popular also means being the most exposed to the masses. Any revelation that works against them can have a devastating effect on their reputation. Everyone pays much more attention to the driver of the winning train.

Also, one of the contenders or candidates could unleash an even stronger trend. Because people don’t follow leaders out of conviction, but simply due to the cognitive bias of the bandwagon effect, they can easily turn their backs on the person who seems weaker in their logic. If someone else is able to frame themselves as a possible winner, a lot of people might switch over to them, abandoning their initial preference.

The bandwagon effect has also been referred to as gregarious behavior and herd behavior. It’s important to be aware of tyhis so that you don’t fall victim to someone who sells nothing but lies.

Social Psychology – What is it and Why is it So Important?
We think we are independent people and yet don't realise how influenced we are by those around us. Social psychology gives us insight into this phenomenon. Read more »
Link copied!
Interesting Articles
Psychology
The ABC Model of Depression

Psychology
All About Gender Dysphoria

Psychology
Psychosis: What Is It, What Causes It, And How Do You Treat It?

We can define psychosis broadly as: "a mental disorder in which mental functioning is sufficiently impaired as to interfere grossly with…

Psychology
How You Start Your Day is How It Will Go: 5 Tips

Have you ever looked at how you wake up every morning? Hardly anyone gives a second thought to it, but the…