The MUM Effect: What Is it and How Does it Affect Us?

The MUM effect is related to the difficulty that many people have in communicating bad news and the tendency to avoid it. But what else do we know about this social phenomenon? Why does it happen? We'll tell you everything in this article! 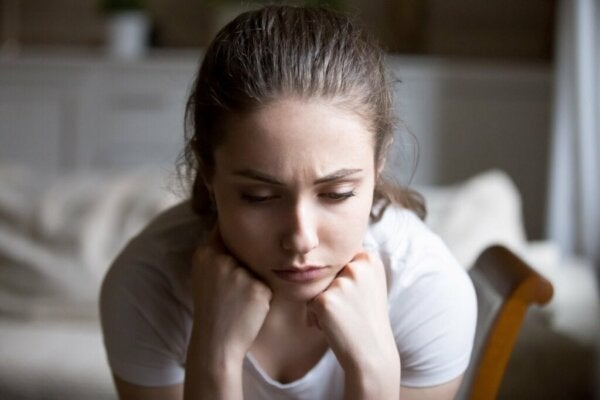 Within the field of social psychology, many interesting phenomena help us understand why we act in a certain way when we relate to others. The MUM effect is one of them. Experts define it as the avoidance or refusal of giving good news due to the fear that other people will link us with that bad news.

Our social environment conditions our way of acting. The people around us influence our behavior and our way of thinking or feeling. As you’ll see, this has a lot to do with a phenomenon that occurs very frequently. It has to do with avoiding feelings of guilt and maintaining our self-esteem and goes by the name of the MUM effect.

“The humblest individual exerts some influence, either for good or evil, upon others.”

The MUM effect: what is it?

The MUM effect occurs when we resist, or avoid, communicating bad news. We can even distort it or cover it so that it isn’t so negative. There’s a certain fear of giving bad news, a fear that people will associate us with that bad news. This is irrespective of whether we have anything to do with it. In turn, this fear is rooted in us not wanting to be considered negative people.

This effect occurs in the face of all kinds of negative news. For example, someone’s death, an accident, or a critical medical situation, among others. Furthermore, the MUM effect occurs in all types of circumstances and all possible recipients of the news (whether family, friends, our partner, etc.)

Although it’s a very commom phenomenon, we can’t say that it’s universal. A clear example of this is urban myths, rumors, or news programs. These always seem to transmit bad news. Yet, we’re still attracted to them.

How does it affect us?

In particular, the MUM effect is common in situations where the news affects or refers to our own well-being or the well-being of the recipient or recipients. So how does it affect us?

Basically, in the following way: when we have to communicate bad news, we try to resist doing it or even modify the message, unconsciously, so that the news doesn’t seem so negative. This happens, as we’ve said, out of fear of being associated with it. It’s as if we had something to do with causing that news, even if that’s something totally irrational.

Here, we must point out that professionals who are faced every day with the task of communicating bad news (for example, doctors) are likely to be more resistant to this effect, and won’t change their message. This is so because it’s part of their work, and because they can’t distort the facts of the matter. Of course, this doesn’t mean that they don’t suffer when they have to communicate bad news.

In the end, we’re human beings, and it’s quite normal for us to feel this fear, discomfort, or uneasiness. After all, who wants to communicate negative news? Thus, with the MUM effect, we try to “compensate” for this fear or discomfort and the possible pain we might cause others by communicating the news.

Causes of the MUM effect

Why does this phenomenon occur? We’ve already said that it’s related to the fear that people will think we’re negative or unattractive people. But what are its underlying causes? Why do we want to feel attractive to others?

Some theories that mention this effect are the theories of reinforcement (Lott and Lott, Byrne). According to these theories, there’s an attraction towards people who are present or who do something that triggers an effect on us (either positive or negative). Beyond these reinforcement theories, ensuring that people like us is a universal interest.

On the other hand, a cognitive bias affects our view of reality. This is the so-called “belief in a fair world”. Through this belief, we have the irrational idea that the normal course of events will be fair to all those involved. Or, in other words, “Everyone gets what they deserve“. This false belief could also explain why we’re so reticent to give bad news to those who we think “don’t deserve it“.

Why don’t we want to give bad news?

Let’s go back to the MUM effect and what we were saying. The fact of the matter is, no-one likes to be the bearer of bad news. But why is this? Some of the causes that explain why we find it difficult to give bad news, and which scientific research backs up, are the following:

There are no magic formulas for giving bad news

There are no general rules that tell us how we should act in society. It’s the same with bad news: no perfect protocol or magic formula will completely mitigate its negative impact when we communicate it.

However, we do have the Buckman-Baile Protocol, published in 2006 in the Journal of Intensive Care Medicine, which gives us some practical ideas on how to do this.

Of course, the MUM effect is likely to always exist due to the human tendency to want to avoid harming others. This tendency, in large part, would be explained by the desire to be accepted and maintain good self-esteem. Furthermore, empathy would also make this phenomenon understandable.

In short: we like to give good news, and not bad news, because we like to be associated with good things!

How to Give Someone Bad News
It seems like bad news is more and more common every day. At times, it appears so suddenly and, at others, we were certain it would happen sooner or later. One example of this is the loss of a loved one. Read more »
Link copied!
Interesting Articles
Social Psychology
The Different Types of Embarrassment and How They Affect Us