5 Signs of Lack of Empathy

A lack of empathy can have a huge impact on a person's life and relationships. It's a great obstacle for many, and is often characterized by selfishness, prejudice, and stereotypes. 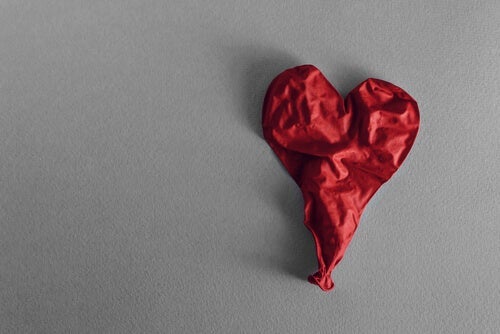 Lack of empathy can be a huge obstacle when it comes to maintaining healthy relationships with others. The concepts of “the self” and “the other” are realities that have a huge mutual influence, complementing and defining one another. As such, an inability to understand others is often an indication that you don’t fully understand yourself.

Self-interest and the failure to adopt different points of view are traits that often lead to negative and unhelpful behaviors. One of the qualities that has allowed humans to set themselves apart from other species and create huge and complex civilizations is cooperation. However, when we fail to empathize with those around us, it becomes far more difficult for us to work together effectively.

Many of us have very little understanding of what empathy actually is, and often confuse it with traits such as generosity. Therefore, it’s important to talk about some of the signs that indicate a lack of empathy. Read on to find out more!

“Empathy lies in our ability to be present without opinion.”

1. Using yourself as an example

Lack of empathy often goes unnoticed. It typically manifests itself in the form of an “advice-giving session”. For example, if someone tells you about a problem they’re having, you respond by talking about how you solved a similar issue in your own life.

Similarly, if a person has trouble doing something, you respond by talking about the virtues you displayed when facing a similar situation. All this is a clear sign of lack of empathy. True empathy means seeing situations from someone else’s perspective, rather than your own.

Nowadays, it isn’t uncommon to encounter a so-called “sincericide”. Some people pride themselves on being frank and expressing their ideas carelessly, without thinking. In practice, they can be hurtful, rude, or simply inconsiderate towards others.

In human communication, who we’re speaking to, and the relationship we have with that person, matter a great deal. Language shouldn’t be used too bluntly unless it’s absolutely necessary. Otherwise, it becomes a means of imposing one’s own discomfort on others.

3. Stereotypes and prejudice – signs of lack of empathy

Stereotypes are about as far as you can get from empathy. The tendency to generalize and oversimplify the traits and qualities of others is a sign of a great inability to see people for who they are. While objects might have identical features, people don’t.

Prejudice relies on a similar mechanism, based on generalizations that lack any real foundation. They’re maintained only by a lack of knowledge and independent thought. In order to show empathy, you must be open to seeing another person’s reality, instead of clinging to superfluous labels.

4. Lack of empathy and spreading gossip

Gossiping is an act that shows complete disregard for others. By scrutinizing the personal lives of others, we demonstrate a lack of respect for their privacy. Spreading information about another person, whether out of curiosity, envy, or boredom, is the same as exploiting them.

Rumors are like a game of mirrors. Each of us sees ourselves reflected in the person responsible for spreading the rumor. We use what we see in them to discover what others might think of us if they were ever to become aware of our weaknesses and mistakes. The reality is that gossip only serves to satisfy a sort of childish egoism, damaging the reputation of others to boost one’s own self-esteem.

Utilitarianism is sometimes expressed in behaviors that seek to turn others into instruments that allow us to achieve our own goals or satisfy our own needs. In other cases, it manifests as a biased assessment of others, based on how useful they are to the completion of group or social aims.

In both cases, this utilitarianism is a sign of lack of empathy. Every human has value and dignity – simply because they exist. We’re all part of the same species, and we all deserve the same level of respect and consideration from others. It doesn’t matter whether you’re in prison, in a hospital, or living in poverty.

The signs of lack of empathy are just that, signs. Everyone, to some extent, is capable of seeing, understanding, and accepting the point of view of others. By constantly seeking to understand and show compassion towards others, we can all learn to show more empathy. This will benefit you as much as those around you, opening the door to previously unknown worlds.

People Who Lack Empathy
There are some who light up our lives, while others darken our path and make it difficult to travel. People without empathy darken our paths. Read on! Read more »