How Your Emotions Make You More Attractive 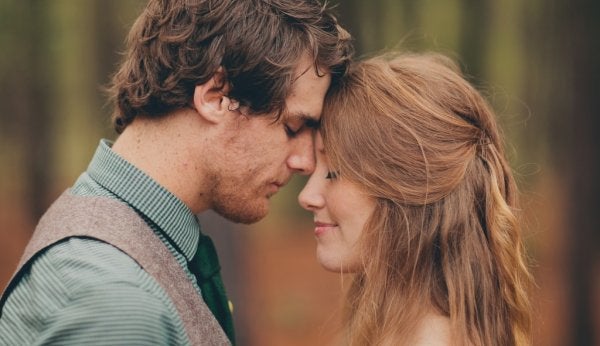 We invest a lot of time into our appearance, often with the goal of projecting an image that makes us attractive, desirable. Not necessarily sexually, but rather we want to be considered pleasant company, like somebody who could contribute to any social circle.

We focus too much on feeling beautiful and attractive on the outside, forgetting about our internal development. This results in a dissonance between the image that we project and our personalities, a contradiction that will always be a source of discomfort and that others usually end up noticing.

Behind this attitude, there’s also the related idea that literature, film, and television have been responsible for making things popular. This belief reaffirms that people who are capable of generating a certain air of mystery seem more attractive. This is based on the idea that we’re naturally attracted to the unknown and we love surprises. Science has questioned this logic, which is what we’ll discuss below.

“First of all, like drives, romantic attraction is tenacious; it is very hard to extinguish. Emotions, on the other hand, come and go; you can be happy in the morning and angry in the afternoon.”

People whose emotions are easier to read are more attractive

A scientific study carried out by the National Academy of Sciences revealed that people are attracted to people who are easier to read emotionally. The results indicate that people with an air of mystery, who modulate the expression of their emotions and are hard to figure out, are actually less attractive.

The researchers asked a group of people to observe photos of six different men and women. Then, they were asked to try to guess the emotions that the people in the photograph were feeling, and at the same time, they were asked to rate their attractiveness.

The more expressive the person is, the more attractive we perceive them to be

The results revealed that the men and women who didn’t express much emotion or who had an air of mystery about them weren’t as attractive to the participants in the study. So, the more expressive a person is, and the easier it is to guess how they’re feeling, the more attractive we’ll perceive them to be.

Of course, this doesn’t mean you should try not to be mysterious, or that a non-expressive person is unattractive. The most important thing is that we express our emotions in a healthy way.

Our expressions allow us to be the extraordinary human beings that we are. You already know that your emotions can make you more attractive to others and yourself. But remember that it’s always best to find a balance when it comes to expressing yourself. Set your own limits and don’t exaggerate your expressions around others if you want to have healthy personal relationships with them.

“When we encounter the spiritual passion of Desire with a big D we are corralling all of our resources–intellectual, emotional, physical, imaginative, the animal and the angelic–and pouring them into our work. The word desire comes from de-sidere, ‘away from your star.’ It means elongation from the source, and the concomitant, powerful magnetic pull to get back to the source…Love is a state of resonance between absence from and nearness to the beloved, a vibratory, harmonized resonance between being two and being one.”

Being emotionally intelligent also gives us a big advantage. Maybe a sense of mystery can keep the spark alive when the relationship first starts. But in the first encounter, science tells us that we’ll be more attractive if we express ourselves openly and let our emotions show.

The Attractiveness of What’s Forbidden

Wellness
You Attract What You Fear

We attract what we fear. Have you ever heard someone say this to you? In psychological circles, we are used to hearing that sometimes pain is the best medicine. This…

Wellness
If You Can Dream It, You Can Achieve It

One day, a man and his friend dreamed in a garage about creating a computer that couldn't be opened, that had…

Emotions
Feelings of Guilt and Their Connection to Anxiety

Feelings of guilt are a fairly common symptom of anxiety. Those who suffer from this condition draw quite harmful conclusions…