The Characteristics and Symptoms of Dyskinesia

Dyskinesia is a hyperkinetic disorder that's often related to the side effect of some drugs. It often manifests as facial tremors and involuntary movements in the arms or legs. 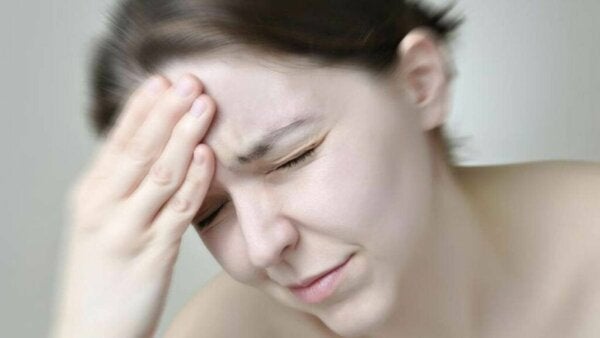 Dyskinesia is a disorder that makes a person experience abnormal, uncontrollable, and involuntary movements. It usually begins with small facial tics in the buccolingual region or in the hands. Later, these hyperkinetic alterations can develop in the entire body. There are multiple causes for this condition but it usually arises as a side effect of a drug.

It’s easy to confuse this clinical reality with akathisia. However, the latter is more related to states of anguish and the inability to stay still. Thus, people who suffer from it have to go out for walks to move their legs. Nevertheless, dyskinesia is more problematic because people can’t control it and comes along with psychiatric disorders or neurological diseases.

However, between one and five percent of cases are age-related and some older people experience this type of hyperkinetic disorder.

“Telling me to just stop twitching makes as much sense as telling a person without legs to stand up.”

Definition and symptoms of dyskinesia

This is a movement disorder like ataxia (loss of muscle coordination) and dystonia (involuntary muscle contractions that are usually painful). In this case, the patients with dyskinesia manifest nonvoluntary movements similar to tics. In addition, they’re rather showy manifestations.

As we mentioned above, these involuntary movements usually begin in the face. Later, they manifest in the hands and feet and make normal body movements progressively difficult. The most complex part of this upheaval is that it worsens once it appears. It’s important to know what causes it and seek the most appropriate treatment from there.

Continue reading to find out what the most common types of dyskinesia are.

As we mentioned at the beginning, dyskinesia usually develops in patients with Parkinson’s disease. However, it isn’t the neurodegenerative disorder itself that causes tics and movement disorders. It’s the drugs used as a treatment, in fact.

Parkinson’s develops from an alteration in the neurons that produce dopamine, which die slowly. The cells that control the movement can’t send messages to the muscles without this neurotransmitter. Well, they’re usually taking levodopa in those situations and this increases the production of dopamine.

Studies such as one conducted at the University of San Francisco indicate that dopamine replacement therapy with levodopa relieves Parkinson’s motor symptoms. However, it does so at a cost in almost half of the patients. This is because it promotes the development of involuntary movements, defining a state known as levodopa-induced dyskinesia.

The effect of neuroleptic drugs

Another cause of dyskinesia is also due to the use of other medications such as neuroleptics. These drugs could be antipsychotics and major tranquilizers. Tardive dyskinesia can (sometimes) appear when a patient has been following these treatments for some time.

Some of the drugs among which this movement disorder can appear are:

Some people with autism spectrum disorder may exhibit dyskinetic movements, such as body rocking. However, this isn’t the only neurological condition that evidences this manifestation:

This is a variety within this type of disorder and manifests with involuntary and brief movements originated by a sudden muscular contraction. These alterations are sometimes painful.

The causes of this phenomenon are:

There’s a type of dyskinesia in which the sufferer has some control over these movements if they learn strategies to reduce them. This phenomenon often appears in people with an autism spectrum disorder.

Depending on the seriousness, there are either milder or more incapacitating dyskinetic tics. Among them:

These depend on what’s triggering the problem. It isn’t the same for Parkinson’s as it is for someone with a brain injury. The important thing in all cases is to make a diagnosis and understand the severity of the symptoms.

Finally, the approach to these conditions is always complex and based on interdisciplinary approaches with which to see the patient’s progress. Nevertheless, it’s possible to reduce the impact of dyskinesia and provide a better quality of life for the person in many cases.

Alien Hand Syndrome
Patients with alien hand syndrome feel like their limb is moving by itself. Read all about this uncommon condition in our article! Read more »
Link copied!
Interesting Articles
Culture
Black Mirror: "Nosedive" and the Dehumanization of the Future

Black Mirror is a rare gem in television. Instead of giving us an escape from reality, the series forces us…