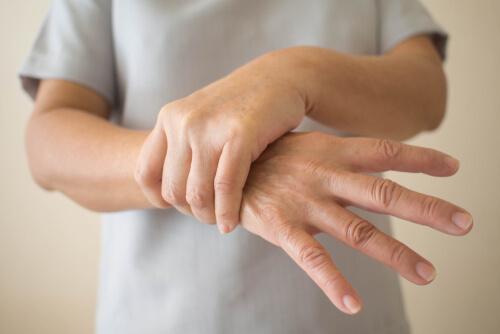 Mutations of specific genes such as the parkin gene may contribute to its onset.  People with one or more close relatives with Parkinson’s are at a higher risk of developing the disease.

Overall, the chances of developing the disease are only 2 to 5 percent unless there’s a family history of the disease. It’s estimated that between 15 and 25 percent of people with Parkinson’s know they have a relative with the disease.

In very rare cases, the symptoms of Parkinson’s may appear in people younger than 20. This is known as juvenile parkinsonism. It usually begins with the symptoms of dystonia and bradykinesia. The drug levodopa can often improve these symptoms.

What is Parkinson’s disease?

Doctor James Parkinson made the first diagnosis of the disease in 1817. The British physician observed six patients who displayed typical symptoms of the disease he called “agitating paralysis”. Later, the famous French neurologist, Charcot, gave it the name Parkinson’s disease.

As previously stated, the disease affects the nervous system, producing the degeneration of the neurons of the substantia nigra. These neurons produce dopamine. Dopamine is a fundamental chemical substance that ensures the movements of the body are carried out correctly.

When the brain doesn’t have enough dopamine to properly maintain movement, it incorrectly transmits the signals that tell the body how to move. The typical motor symptoms of the disease appear gradually.

It has also been shown that Parkinson’s also affects other neurons. Therefore, other neurotransmitters such as serotonin, noradrenaline, and acetylcholine suffer as well. This would explain the other non-motor symptoms of the disease.

When we think about someone with Parkinson’s, we mainly visualize a person with hand tremors. They walk very slowly with their backs slightly bent. Their bodies are a bit rigid. It’s true that this image isn’t that far from reality.

However, the tremors, rigidity and slow walking pace aren’t the only symptoms of Parkinson’s disease. In addition to those and other motor symptoms, a wide range of non-motor symptoms also exist.

These non-motor symptoms are cognitive, behavioral, and emotional changes. They can hinder the patients’ day to day lives.

However, it’s not uncommon for motor and non-motor symptoms typical of Parkinson’s to manifest in very young people. Although the disease is more common in older people, it’s not limited to them exclusively.

In the case of juvenile Parkinson’s, non-motor symptoms may be the least typical, but are more common in those under 20. Because these Parkinson’s symptoms aren’t exclusive to the disease, other ailments with the same symptoms make the diagnosis complicated at times.

There are a series of symptoms that can alert us to the early onset of Parkinson’s disease. There are more signs, but we’re going to focus on these seven:

As we’ve seen, Parkinson’s isn’t a disease that occurs exclusively in “older people”.  Early onset Parkinson’s disease can very debilitating. These seven signs may help you recognize the disease and visit a specialist who can diagnose you as soon as possible.

Dementia Has Many Faces
Dementia has many ways of teaching us just how horrible oblivion is. The most well-known is Alzheimer-type dementia, but it's not the only one out there. Read more »
Link copied!
Interesting Articles
Culture
Tell the Truth: 5 Keys to Not Hurt Others

If you say, "tell the truth," many people will associate it with offending people. However, the truth is positive, and…

Herodotus of Halicarnassus was a historian and geographer in Ancient Greece. He lived between 484 and 425 BC. Many experts…

Culture
Curing the Soul Through Art

Culture
The Importance of Getting a Good Night's Sleep