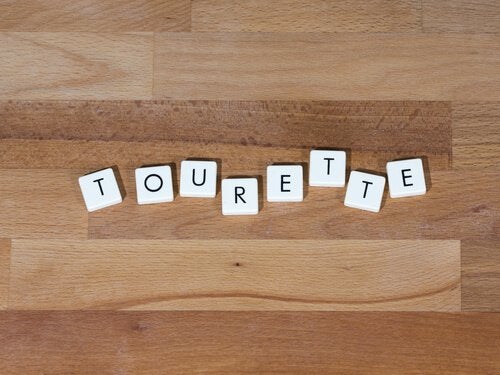 Tourette Syndrome (or Gilles de la Tourette Syndrome) is a neurodevelopmental disorder. It’s characterized by multiple motor and vocal tics that appear during childhood. Alterations in behavior often accompany these tics as well.

The French physician Georges Gilles de la Tourette was the one to describe this syndrome in 1885. A lot of people considered it a strange disease for a very long time. It was later shown that between 0.3% and 1% of school children meet the diagnostic criteria for this disorder.

Tourette syndrome – what is it?

The main characteristic of this syndrome is the chronic presence of at least two motor tics and one vocal tic since childhood. But, what do we understand by “tics”?

Tics are gestures or involuntary and repetitive movements that are produced by the contraction of one or more muscles of the body, usually of the face. These movements are convulsive, inopportune, and excessive. However, distraction or effort of will can help reduce them.

Tourette syndrome affects all races and ethnic groups and both children and adults, although the average age of onset is 6 years old. Also, this syndrome is four times more frequent in men than in women.

As we were saying, two types of tics manifest in Tourette syndrome: motor tics and vocal tics. The appearance of simple tics often precedes the appearance of the more complex tics.

A feeling of increasing internal tension often precedes both simple tics and complex tics. The expression of the tic is what ends up relieving the tension. These feelings of tension, also known as “premonitory impulses”, are very characteristic of tics and they allow distinguishing Tourette syndrome from other hyperkinetic movement disorders.

Patients go to consultation presenting tics of different levels of intensity. They can go to the clinic showing mild symptoms which often go unnoticed or loud and energetic noises which can even cause injuries.

The diagnosis of this pathology is clinical and depends on observation and the patient’s clinical history. The diagnostic criteria for Tourette syndrome are the following:

It’s not uncommon for patients to be officially diagnosed with Tourette syndrome only after presenting symptoms for a long time. There are a lot of reasons for this.

Relatives and doctors who aren’t familiar with Tourette syndrome might think symptoms such as mild tics and even moderate tics are irrelevant. They might consider them a part of a growing stage or as a result of another medical condition.

Some parents may think that blinking has to do with eyesight problems. Others might believe that allergies during certain seasons of the year are what causes sniffing. Some patients self-diagnose after they, their parents, relatives, or friends read information on Tourette syndrome.

What are the causes of Tourette syndrome?

There’s not a lot of information regarding the brain mechanisms associated with tics. The preliminary evidence of neurochemical and neuroimaging investigations suggests a dysfunction of the dopaminergic pathways within the corticostriatal-corticofrontal circuitry.

Neurological studies of patients with Tourette syndrome have also provided evidence of deficiencies in brain maturation. In this sense, it was detected that neurons of the corpus striatum migrate to other areas. It’s important to note that genetic predisposition is important for this syndrome to appear since it’s a genetically heterogeneous disorder.

On the other hand, data from epidemiological and laboratory studies have emphasized the importance of environmental factors. These factors refer to infections and autoimmune diseases, as well as prenatal and perinatal problems.

Tourette syndrome on the big screen

Tourette syndrome has been present on our TV screens and cinemas:

In Matchstick Men (2003), Nicholas Cage’s character suffers from this syndrome. This movie tells the story of two low-category thieves who sell water filters.

The main character in the movie Dirty Filthy Love (2004), interpreted by Martin Sheen, also suffers from this syndrome. This movie tells the story of a man who falls apart due to his obsessive-compulsive disorder and Tourette syndrome.

The movie Front of the Class (2008) also revolves around this syndrome. The main character is a teacher who can’t find a job because he suffers from this disease.

Given that tics don’t always produce impairments, most people who suffer from Tourette syndrome don’t need medication to control them. However, there are effective medications for those people whose tics and overall symptoms interfere with their daily functioning.

The Most Interesting Psychological Syndromes
Read more »
Link copied!
Interesting Articles
Psychology
Difficult People, or the Art of Making Things Harder than They Need to Be

Psychology
"Leisurephobia" - the Modern Fear of Having Free Time

The word "ociofobia" was created by Rafael Santandreu, a Spaniard psychologist. It translates loosely into "leisurephobia". It's one of those contemporary…

John Lennon spent a lot of his life crying out for help. He did it in the 60's with the song…

Treatment-Resistant Depression (TRD), or treatment-refractory depression, is that which tends not to respond to ordinary medications. People with it try…

Being grateful offers many benefits for the whole world. For individuals, these benefits range from physical health to mental health. However, encouraging gratitude in…