Stop Paying Attention to the Devil on Your Shoulder 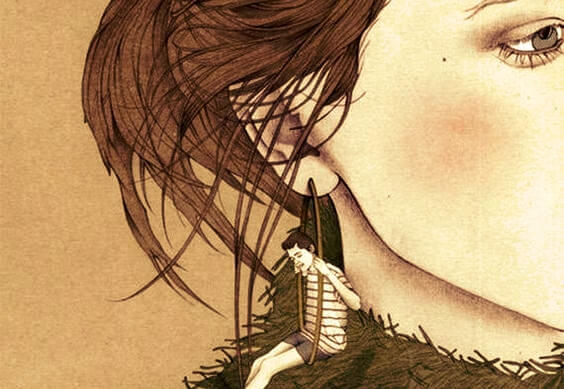 There’s a little negative creature that lives inside our heads, a critic that tells us what we should and shouldn’t do and how we should act. This little devil hurts us, puts pressure on us, blows down our self-esteem, and even though it’s really annoying and disturbing, we end up succumbing to its babble and listening to what it says.

On the other shoulder is an angel, a little voice that pushes us. It tells us that we can do it, that we should put ourselves out there, that it’s not all that dramatic, that life is beautiful.

Which one you listen to depends on which one guides your daily life. In reality, both the devil and the angel are products of your imagination. As such, you have power over these little voices, which is a very good thing because it means you can choose which one to listen to without anything or anyone else interfering.

We choose our own thoughts, regardless of the situation we find ourselves in. We can take the path of negativity, catastrophe, and fear; or we can choose the path of happiness, calm, and positivity.

The language of the devil on your shoulder

You’ll recognize the devil when it starts to whisper questions that suggest fear: “What if my wife has a car accident because of me?” It uses exaggerated words and phrases like “unbearable,” “terrible,” “what bad luck I have,” and “I’m worthless.”

Its language is so negative that, if you believe in what it says, you’ll start to feel sad, anxious, and angry. Your emotions will stop functioning like they’re supposed to. They won’t resolve your problem, but they will suffocate you even more and give the devil energy to talk more confidently.

The more you listen to it, the more it grows; the more it grows, the more strength it has to talk. Also, this little devil is very persuasive. It can convince you quite easily because it’s spent a lot of time inside you and it knows what to say to get you to do what it wants.

But why is it so interested in bothering you? Well, it doesn’t actually want to bother you. Deep down, this little devil wants to protect you, but it’s doesn’t know how, it doesn’t pick the right moment, it’s off its game. Its reactions are disproportionate and untimely.

This devil would have served you well if you lived in the time of cavemen, and a wild animal was chasing you to try and kill you. In those times, it was important for the little devil to spring on like an alarm and give you the stress you needed to keep living.

The little devil has also adapted to the human idea of how things “should be” and repeats this phrase day after day. In this way, it causes a lot of suffering, sadness, pressure, and anger – emotions that have no reason to be that intense that often.

Ignore the devil so you can be free

In order to get to the point where your negative emotions are healthy and actually help you solve problems, you should start by ignoring this critical voice.

To break the cycle and make it shut up, the key is to take action without paying attention to it no matter what it says.

Fortunately, just like you can give it more strength, you can also teach it so that its messages are more in line with the real demands of your environment. If you accomplish this, if an animal really does chase after you, the little devil will give you enough of a push to ensure your survival, and when there’s no animal there, it will stay quiet.

That Inner Voice Some Call “Conscience”

The best things in life will knock on your door when you least expect them. Sometimes, the secret to happiness lies not…

Adversity is underestimated in Western society. We have a narrow concept of it. Situations or people we find unfavorable or…