The Truth Triumphs by Itself, Lies Need Help 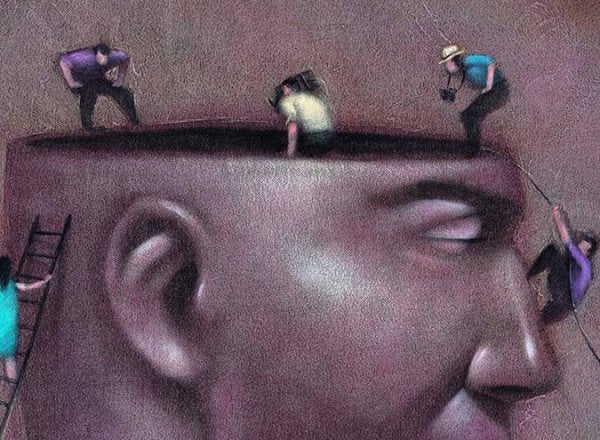 Surely we have all lived through situations that we weren’t very sure how to get out of. The truth is that every path has its own level of difficulty, especially when it’s you that got yourself to that point.

Lying, at times, seems like the best answer, because it’s the easiest one in the short term. However, lying is like going into an alley which has many detours, but no exit. And most likely, we’ll end up getting lost in it.

Lying betrays others and ourselves

While lying about a certain aspect of our lives might seem like the most appealing thing at some point, what would make us feel more relaxed in the long run is to always keep the truth first. Whether we’re ashamed of something or because we’re aware we messed up, the best thing to do is to be honest with others. Because otherwise, we will also be betraying ourselves.

We aren’t perfect and, therefore, we have the right to make mistakes. But, it has been proven that lies condemn, while the truth holds itself up. In this sense, you have to be consistent with your actions, accept what you’ve done wrong and, therefore, step into the shoes of the people we have wronged.

“The truth flows on top of lies like oil over water.”
-Miguel de Cervantes Saavedra-

Telling the truth, at first, can be painful, but in the long run it will help us, as well as the people we have affected, value our efforts. And this will also help us respect and forgive ourselves.

Lies are holes full of abysses

When we’re honest, our surroundings stand up on their own. We are aware of the positive and the negative things between us. People who distance themselves from our world do so because, in some way or another, they don’t fit into it. And that means that we weren’t meant to share it together. It means that, in some way, we aren’t compatible.

It might be hard to face the fact that some people don’t feel attracted to the things we can offer them. Yet, that makes us realize that the people who do stick around appreciate us for who we truly are. And isn’t that reason enough to be proud of ourselves?

“He who lies doesn’t know the task he has just taken on. Because now he is forced to make up twenty more in order to sustain the certainty of the first.”
-Alexander Pope-

Mark Twain said “If you tell the truth, you’ll never have to remember anything”. And it’s true that being honest is the best medicine in order to be relaxed and at ease with life. On the contrary, our day-to-day life would be a constant strain to keep up the farce, one way or another.

In the long run, the truth is the easiest path

Nothing compares to the satisfaction of telling the truth. It might have been tough at first, and you might have even received criticism for what you’ve done. But, the peace the truth sows is incomparable to the mirage that a lie can create. Being honest with others helps us mature and value ourselves as people. Because being honest is the brave thing to do.

Thus, though it may seem more complicated to accept at first, it is the best decision you can make. In the long run, it will make your journey much easier than lying would. Lies would only feed upon themselves in order to tangle everything around it.

The trust that others have in us can be regained if we surround ourselves by the truth, because its foundations are much stronger than those of a lie. If we do our best to be honest and sincere with others, we will also be being honest so with ourselves. Consequently, others will also value us for it.

“What worries me is not that you have lied to me, but that from now on I will not be able to believe in you”
-Friedrich W. Nieztsche-

Be honest with yourself and others. Always choose to do what you would like others to do for and to you. That way, it will be much easier for them to respond to us in the same manner.

Link copied!
Interesting Articles
Culture
Is Monogamy More of an Ideal Than a Reality?

The types of sexual abuse have changed depending on culture, the moment in history, and current laws. Hence, there isn't a general consensus on abuse. In this regard, some health professionals…

Culture
The Secret of Eternal Youth

What is the secret of eternal youth? Using creams both day and night? Various jars, ointments, brews and concoctions made with secret ingredients? Or turning into vampires? What some people wouldn’t…

Psychological tests come in all shapes and sizes, and some of them are really interesting. And this one definitely awakens our…