What We Criticize in Others Says a Lot About Ourselves 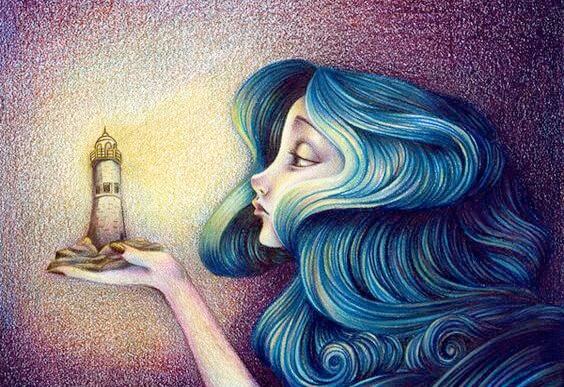 When what we’re lacking in ourselves prevents us from judging others objectively, a phenomenon known as negative projection arises. This is a defense mechanism in which we attribute our own defects and weaknesses to others. In situations of emotional conflict, we attribute to others our own feelings or thoughts that are unacceptable to ourselves.

Negative projection manipulates situations of emotional conflict that originate from internal issues, attributing to other people our own feelings or thoughts that are unacceptable to us. We project the feelings or thoughts that we can’t accept as our own because they cause us anguish or anxiety, so we direct them onto others and attribute them entirely to those people as if they were their thoughts or feelings.

A large part of the work of personal development consists of liberating ourselves from these projections, setting a clear boundary between the story we create about what is happening and what is actually happening. In this way we can avoid distorting the facts and so overcome the conflict which only really exists inside us.

“We don’t see others as they are, we see them as we are”

The ego defense of personal limitations

Our brain seems to have developed different ways of protecting us from what seems too painful or unacceptable. These defense mechanisms are strategies to put a brake on the suffering caused by certain experiences and the feelings associated with them. These mechanisms protect us when we don’t want to recognize an aspect of ourselves that we don’t like or that breaks down the self-concept that we had created of ourselves.

The problem comes when these mechanisms become automatic as a result of using them over and over again. Thus it becomes difficult to drop the habit, despite the fact that it may also be generating an imbalance in certain aspects of our development. It is normal to use these mechanisms sometimes, but it is important to be able to identify them and fight them so that we don’t end up distorting reality according to the will of our ego.

What we see in others says a lot about ourselves

Other people act as a mirror for our mind, in which we see reflected different qualities or aspects of our own being. When we see something we don’t like in someone else, we feel displeasure and rejection, which can indicate that this aspect in ourselves displeases us in some way. Psychological projection makes us think that the defect only exists outside of us, in the other person.

Psychological projection is a mental defense mechanism through which a person attributes to others their own feelings, thoughts or impulses that they deny or are unacceptable to themselves. When our mind realizes that there is a threat to our mental health, it attributes the unacceptable qualities to an external subject.

In this way, our mind manages to deceive itself and make these threatening things appear to be outside of us. These projections are valid both for negative characteristics like hate, resentment and envy, and for positive ones like admiration, idealization and affection. As a result, when we criticize others excessively, we may well be criticizing ourselves.

Illusory correlation is when you perceive a relationship between two variables in your surroundings, regardless of whether such a relationship exists or not. It's a phenomenon based on how the…

Psychology
Love Yourself, You're Going to Need it