Stand with Your Head Held High and Reclaim Your Power 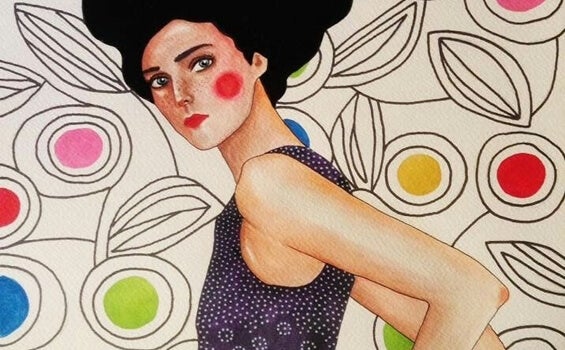 Reclaim your power. Don’t let your head hang low. Don’t give into something you don’t like, don’t want, or makes you angry. You have a voice to speak with, a pair of eyes that refuse to see life through the lens of fear, and a presence that demands more space. So just do it: stand up. Height has nothing to do with inches; it’s really about courage, respect, and determination.

Montesquieu said that to stop a person abusing power, some other kind of power will have to step in. It’s almost like we’re part of a game of strength where we’re supposed to control and test each other.

Like we’re supposed to put each other down, challenge each other, and stop each other from moving. It is not a peaceful world we’re in. We’re living in a society that’s always loved hierarchy and all the discrimination that it comes with.

“I do not wish women to have power over men; but over themselves.”
-Mary Wollstonecraft-

It really is true. If you stop for a second to look into the word “power” from a psychological point of view, you’ll find endless studies all using the same terms. This is what always comes up: authority, falling into line, coercion, fear, interdependence, etc. In essence, it’s “B” forcing its will on “A.”

Power and how to reclaim your power

Not long ago, this concept started to go through some interesting and inspiring changes. Nowadays psychology provides us with a tool called “personal power.” Instead of games of strength, differences, or one group coercing another, we have something entirely new and different.

Reclaim your power, learn how to say “no”

Now is the time to give the world “power” a new meaning. You need to see it as an awakening and an awareness of what you deserve, what you can do for yourself, and no less importantly, what you can do for your world. For example, there’s a very interesting book about this by anthropologist William Ury, called “The Power of a Positive No.” Read it and reflect.

There are a lot of contexts where there’s a clear difference in power. They’re places where one person exercises influence and represses other people because of social, economic, or gender-based differences.

There’s one thing all these situations have in common. The person at the top of this pyramid of influence is used to always getting what they want. To put it one way, life and the people around them have always said “yes” to their every whim and goal.

Dr. William Ury tells us that these kinds of people exercise their influence through fear. So if you want to reclaim your power, all you have to do is be brave enough to say “no,” when you feel like it or think it’s necessary. It’s obvious, really. Put limits on the person who’s gotten used to seeing a clear path to getting what they want.

But there’s also another aspect to think about. It’s not enough just to say “no.” Nothing will change when one brave voice decides to take the step all alone. Big movements happen when a lot of “no’s” get together and raise their voices all at once.

This is what we’re seeing right now with the #metoo movement. A lot of women took a brave step at some point, but no one wanted to listen to them, let alone believe them. Now the world is listening, and these women have joined forces to put fear aside and bring visibility to an abuse of power that is not ok.

Your power is inside you, wake it up

It doesn’t matter if you’re a man or a woman, how old you are, or what situation you’re in. You have power inside you, and you’ll be better off if you use it. This internal impulse should give you the ability to find your place in the world: the one you want, not anyone else.

This strength should be bright and creative. It should be like a flame lighting your way in moments of darkness. And it should also be powerful enough to comfort and guide other people too.

Steps to follow if you want to reclaim your power

Here are some things to work on if you want to reclaim your power:

Lastly, you absolutely have to dedicate time and energy every day into working on your personal growth. Work on improving your self-esteem, assertiveness, and self-confidence… Your power feeds off of your sense of security and awareness that you deserve better.

Link copied!
Interesting Articles
Psychology
Asking for Help is an Act of Bravery

Why is it so difficult to ask for help? For many people, asking for support and guidance is like embarking on an…

Psychology
"Mom, I Don't Need You": Avoidant Attachment in Children

Attachment is an intense emotional bond that that plays a big role in our relationships. Although there are some types…

Psychology
When You're Afraid of Swimming Against the Current: Being Different

Being accepted by others is a deeply instinctive need. Human beings are social by nature, happy when part of the group…