The 7 Characteristics of Assertive People 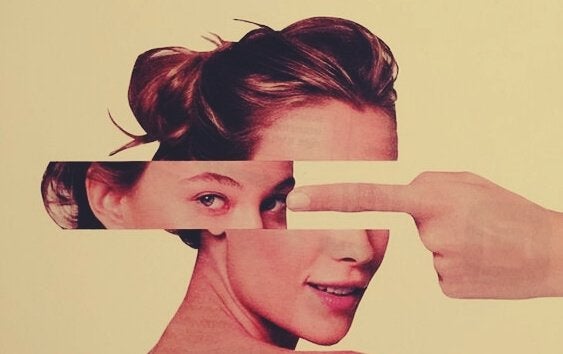 Assertive people are not just born that way, they are made. Of course, there are conditions that help develop certain assets or abilities. But in the end, we all have to work to change the way we behave and act in order to be more appropriate and constructive. There are certain characteristics of assertive people that we can identify.

Assertiveness can be defined as the capacity to relate to others in a sincere and uplifting manner, forming a bridge that leads to trust between people. It can also be defined as an attitude towards oneself and others that leads to a balance between human rights and the responsibilities we have towards others, while at the same time maintaining mutual respect.

It’s much easier to theorize about this than to carry it out in our daily lives. Assertive people are the fruit of the effort and actions that come together to form this attitude. In the end, all of our effort forms part of the long road to learning to live well. It is worth the effort to identify the characteristics make us assertive. Here, we will talk about 7 of them.

“The basic difference between being assertive and being aggressive is how our words and behaviors affect the rights and well being of others.”

The word respect is defined as the capacity to give value to something or someone and treat it or them with consideration. Assertive people develop this capacity. They apply it to themselves, but above all to everything around them, whether it is people, ideas, work, or even animals.

First of all, respect is expressed as renouncing violence. Abuse is not an option in any circumstance. If there is a disagreement or conflict, assertive people will deal with it using self-respect and respect for others. This often translates into an effort to preserve one’s dignity as well as that of others.

This attitude of respect also manifests itself in concepts, ideas, and ideologies. Even someone does not share their beliefs and convictions, an assertive person does not look down on others. Someone who is assertive understands that there is value in all human beings and their endeavors that cannot be overlooked.

2. They relate sincerely to others

They look to avoid behaviors that create unease in the long term, such as condescension. If they disagree with something, they say it directly. They do not sacrifice their identity to avoid contradictions. Along the same lines, they choose their friends carefully. If they don’t feel a genuine connection with someone, they won’t force a friendship. They are not motivated by benefits, but rather by beliefs.

3. They understand, accept and value themselves

Assertive people have self-confidence, but their self-confidence does not come from pride or feeling superior. They do feel confident in who they are because they understand themselves; this understanding comes from observation, self-evaluation, and learning to have a constructive inner dialogue. This means that they accept responsibility for themselves as people who have both strengths and weaknesses.

Self-knowledge leads to understanding. And in turn, it leads to acceptance and self-respect. Assertiveness requires us to be humble, and understand that people are human, and therefore imperfect. It’s a “feeling of imperfection” where the will and motivation to grow and better yourself in various aspects is found.

4. They have self-control and emotional stability

Assertive people find ways to regulate their emotions. Because of this, their attitude is predominantly calm and in control. They understand that we all have feelings and that emotions need to be processed. It’s not that they do not feel anger or anxiety or pain. They simply have learned that if they lose control, these powerful feelings can lead to improper expression of emotions.

This principle can also be applied to behavior towards others. Assertive people empathize with the emotions of others and seek for others to also feel calm and in control. Those who are assertive do not feed the flame, nor do they look to manipulate others looking to find blame or point out weaknesses. They help others to center themselves so that no situation causes them to lose control.

5. They cultivate their ability to communicate

Many problems stem from miscommunication. Likewise, many problems are resolved through communication and dialogue. When necessary communication tools are not properly employed, sharing opinions becomes difficult. We may be missing honesty, the true intention to come to a mutual understanding, the ability to find the best manner of expressing something, or simply clarity.

Self-knowledge and reflection also allow development of these communicative abilities. This implies that a person has the ability to express – clearly, simply, and truthfully – what they are feeling. Not only that, but also that they are able to actively listen to what the other has to say. The fact is that assertive people understand the value of communication and are willing to invest in improving the way in which they communicate.

6. One of the characteristics of assertive people is they know how to draw limits

We can’t always have excellent relationships with others. The reality is that sometimes we come into contact with people who are inclined to abuse or who harbor bitterness or the desire to do harm inside them. This generates tensions, to which assertive people know to how say “enough”. They understand that everything has a limit and there are situations that demand them to draw a clear line.

Along the same lines, they cannot always live up to the expectations or desires of others. This eventually allows guilt or blame to emerge that are sometimes allowed to go unacknowledged. Assertiveness does not allow this to happen: an assertive person can say “no” without creating conflict.

7. They are emotionally independent

Assertive people are also capable of tolerating and assimilating rejection or indifference from others. They do not act in order to receive approval from others, rather to be consistent with their beliefs, convictions, and necessities. Like everyone else, assertive people would like to be acknowledged by others. However, if this does not happen, they will not fall into the temptation to act against their own conscience.

We do not have every one of these characteristics; that is, we are not going to be able to find people who are assertive in everything they say and do. Nothing human is complete, in every aspect we have room to grow. To reach this goal, it is enough to just try, getting a little better all the time.

Setting Limits: The True Art of Assertiveness
Assertiveness is a fundamental skill in handling with diplomacy certain situations in which people take more liberties than they should. Read more »
Link copied!
Interesting Articles
Social Psychology
The Power of Proactive Thinking

Psychology
What Is Polyamory?

Have you ever felt like you were in love with two or more people at the same time? Maybe you thought that you wanted to have a sexual and romantic…

Psychology
How to Solve Sleep Problems

There are nights when you don't sleep as well as you would like. You're exhausted, ready to sleep but it doesn't come. Then you start to obsessively look at the…